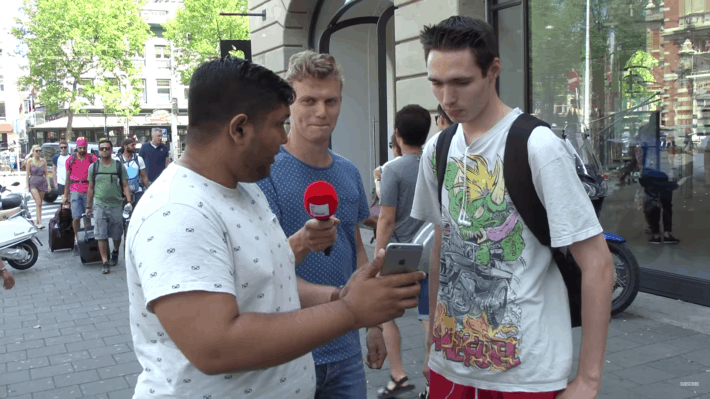 Whether we like it or not, Apple made a huge impact on the mobile industry with its iPhone. What started like a premium offering has influenced smartphones in other price categories so now there are several affordable smartphones with a touchscreen and the ability to surf the web and even take pictures. Hardware has also been influenced by that phone and now, premium offerings from other companies use better materials like aluminum and other metals. On the software side, the first version of what has become iOS was said to be five years ahead of its time, of course, it was updated along those years, but by the time that period of time was over it started to look a little dated, so they changed the way it looks in 2013, which is more or less how it looks today.

When Google released the Android operating system, comparisons between the two OSs as they were created for a touchscreen. Android has been changing ever since it was created, but since the first versions, it excelled at delivering notifications. Also, users of this operating system can customize their devices as much as they want, making the experience with their smartphones truly personal. Aside from the grid of icons in the app drawer of Android, both OSs couldn't look more different, Android has home screens where users can place shortcuts for their most used apps and widgets that provide information without even going into the app. Still, both OSs have taken inspiration from each other, which is not a bad thing as consumers are the ones who benefit.

Now, a few weeks before the release of iOS9, some users from the Netherlands have created a video in which they installed a version of Android in the iPhone 6 and they told some random people that it was how the most recent update would look like.  It is unclear which version of Android it is running and it has been modified so that some elements or icons look like the ones on iOS. Some of them seemed overwhelmed at how much it had changed, so they said that it would take some time to get used to, but they mentioned that it looked aesthetically pleasing. Most of them were surprised by the functionality provided by widgets and how they could control more than one app at a time.

Even more striking were their reactions when they were asked if they thought that the new iOS was better than Android, most of them saying that it was. Most of the reasons were that it supposedly ran smoother and it looked prettier. When they were asked about if they liked the new features compared to the ones included in the previous version, they mentioned some of the functions that have been present on Android for a long time as if they were innovative, some of those features are available in third party launchers or apps. The conclusion of the authors is that no matter what Apple releases, people will think it's prettier and better than what the competition releases and to some extent, that's true, but it shows a lack of interest of people to know more about the devices they carry every day and how they could benefit by doing some research about their options.