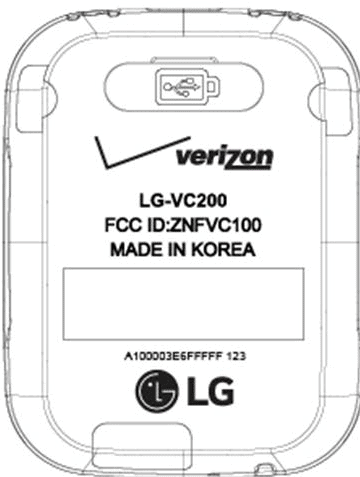 No matter who your favorite manufacturer is, it would seem they have a smartwatch. This is the state of the market at the moment and by all indications, it doesn't look set to change anytime soon with manufacturers already working on their newest and next generation smartwatches. It was only this morning that Samsung released a new teaser video detailing their latest smartwatch, the Gear S2 which will likely debut at IFA. Samsung is one of those who has released a ton of smartwatches so far, but they are not alone. Releasing almost as many watches of late is LG. They have already been through their LG G Watch, LG G Watch R and the most recent, the LG Watch Urbane.

Now it seems a new LG smartwatch is on the horizon and this one does include some different details to the rest. The new LG smartwatch has been spotted passing through the FCC in the last couple of days and what will be of most interest is that it would seem this is a smartwatch that is destined for Verizon and possibly only Version. The smartwatch comes with model number LG-VC200 and as to be expected with a carrier-related device, this is a standalone unit. As such, it it stated to accept a Verizon SIM-card wand will not be dependent on being connected to a smartphone to function, like most of the current available models.

Besides this, not too much is given away by the FCC filings. It is stated that the device will connect to Verizon's CDMA network and also has support for 2.4GHz Wi-Fi b/g as well as Bluetooth 4.0. The filing also does mention what seems to be a headphone jack in use. Although, there is nothing stating as to what operating system this will work on. It could run on Android Wear, although, LG have also been reported to be working on their own OS for smartwatches as well. Either way, the FCC filing does not unfortunately provide any details on whether this will be an IFA showing. Although if it is expected to land soon (FCC filings do normally indicate this), then it could also make an appearance at the event.