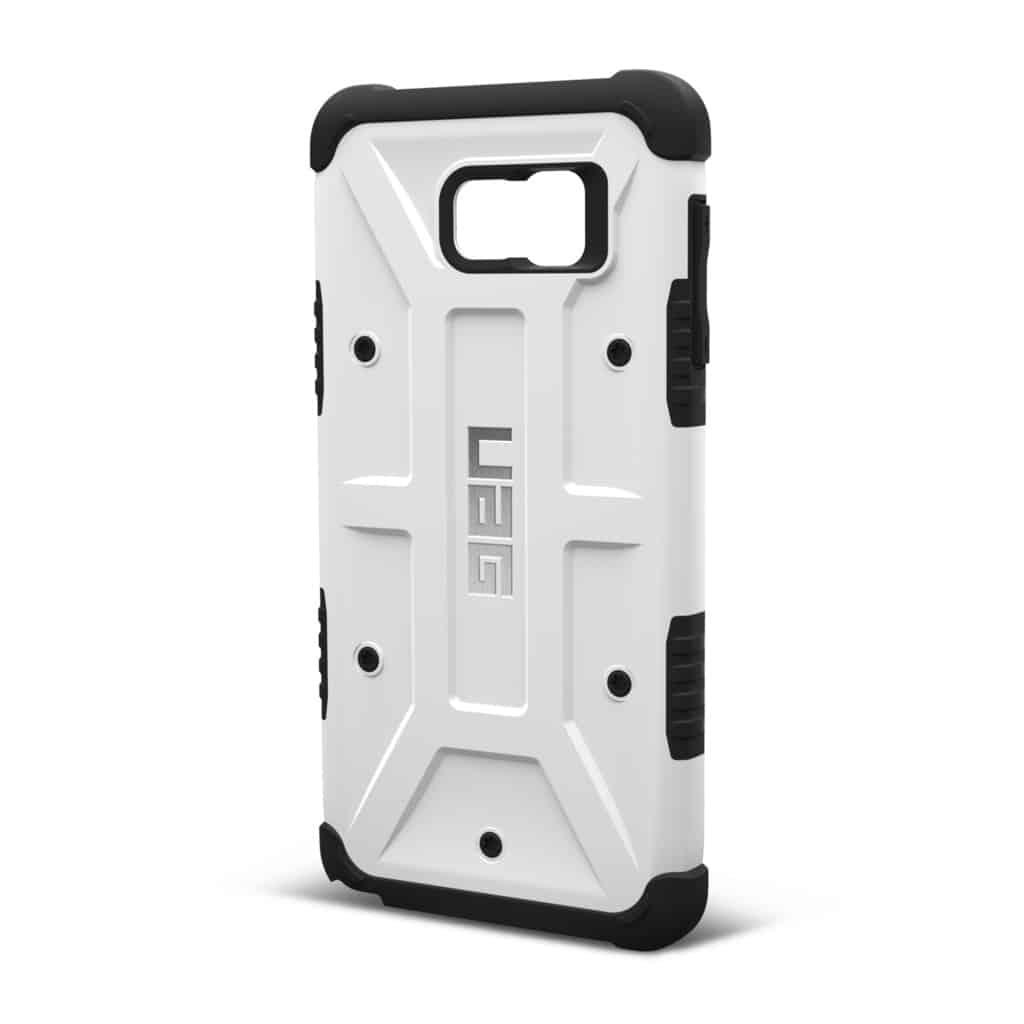 Next week will see an event take place which is likely to be one of the biggest smartphone events of the year. This is Samsung's second annual event in the form of Unpacked 2015 and there will be a number of announcements coming through. Most notably, the introduction and unveiling of the Samsung Galaxy Note 5 and the Galaxy S6 Edge+. However, in spite of the devices yet to be announced, a number of case manufacturers already have their various cases online and available to order. In fact, only this morning Spigen announced they were giving away a free selfie stick with anyone who purchased one of their Galaxy Note 5 cases. Now, following on, it looks like the latest brand cases are doing the rounds too

These images are of cases offered by Urban Armour Gear and sport a much more ruggedized look than some of the others. That said, they do offer the same cutouts we have been seeing from a number of other manufacturers of late. Besides this, the cases do not offer anything else too revealing about the Note 5. Although, the listing does note that the cases offer access to the heart-rate sensors, although, this is unlikely to be breaking news. The listings also state an August 18th shipping date, although, that is unlikely to be any sort of confirmation on the Note 5 shipping. The cases are designed to be more secure against the elements and offer the user a level of impact resistance while also being as light as a feather. Not to mention, from the images below, it seems the cases are available in a variety of colors.

In terms of the event, it seems unclear if Samsung will announce anything other than the Note 5 and S6 Edge+. It was thought that they might announce their next generation Gear A smartwatch, although, the latest reports on this (which merged this morning) suggest that is now unlikely to be the case. Instead, Samsung will be holding out for IFA in September to showcase their latest smartwatch. Either way, with the event drawing much nearer, it is only a matter of time before all the details on the Galaxy Note 5 are revealed. Along with whatever else Samsung has on offer. If you want to check out the Urban Armour Gear cases, then you can do by hitting the source link below. They retail for $39.95 each.