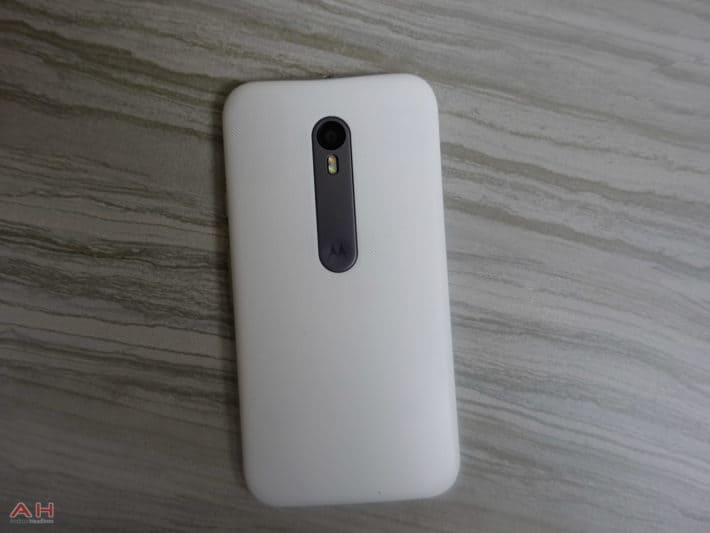 Motorola really changed the game with the original Moto G, it offered very good specs for the asking price. This phone became the best-selling device of the company, which wasn't too surprising. The second-generation of the phone came and while the screen got a little larger and a Micro SD card slot was added, the overall improvements were not as noticeable. This year, the third-generation of the device got released and its improvements were more significant as they address key areas. The main camera, for example, is the same 13-megapixel one as the one in the Nexus 6 and the front-facing camera is now a 5-megapixel one. The new phone also comes with 4G LTE support on every version and is now certified IPx7 offering protection against water damage.

Some other specifications include the quad-core Snapdragon 410 processor, the amount of RAM changes with the amount of internal memory, there's 1 GB of RAM for the 8 GB version and there's 2 GB of RAM on the 16 GB version. Still, its memory can be expanded. The display still measures 5 inches and its resolution is 720p and the capacity of the battery is now 2,470 mAh. For those looking to customize the hardware, the new Moto G is now part of the Moto Maker program, allowing users to choose from a variety of colors for the back and the metallic plate among other accents. It runs on Android 5.1 and some software enhancements include Moto Assist, Moto Display, and Moto Actions.

U.S Cellular is now selling this phone for an even lower price as it can be purchased for $129.99 in a prepaid plan or $8.99 every month for 20 months. For a 2-year agreement, users can get the phone for $0.01. The phone sold by this carrier is the black version, so no customizations are available, but Motorola sells additional back options in many colors for $14.99. It is important to notice that this version of the phone is the one with 8 GB of internal storage, so its performance will rely in 1 GB of RAM. Typically this phone is being sold unlocked for $179.99 from Motorola and other retailers.