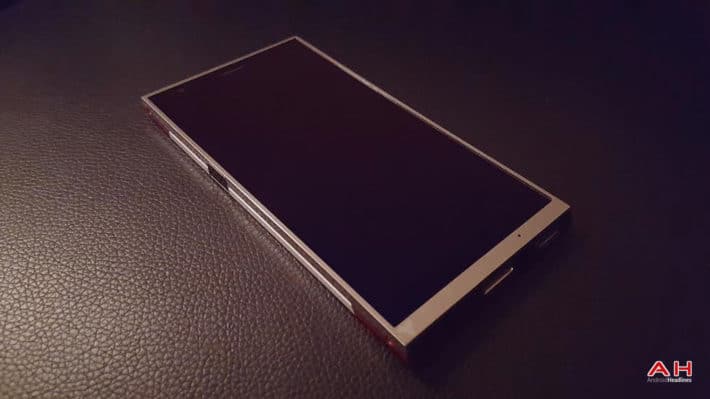 If you've been looking into more premium looking smartphones that pride themselves on higher levels of security, the Turing Phone from Turing Robotic Industries is one that should be on your radar. It's a somewhat sleek looking device which is made partly from a material called Liquidmorphium, and is designed as an unhackable device meant to give its owners some peace of mind. For those who have been interested in this device Turing has announced the shipment dates for those who already have or wanted to purchase the device in any of its various forms as Turing does offer multiple models of the phone.

Shipments from pre-orders of the device are scheduled to begin towards the end of this year on December 18th, and if you haven't pre-ordered yest but you'd like to, Turing is opening up that capability next month on September 24th for the regular model of the phone in all three size variations as well as the two special edition models they'll have on offer. This consists of models with 32GB, 64GB, and 128GB of storage set at prices of $610, $740, and $870 respectively. Alternatively you can pre-order either of the two special edition model devices, called the Dark Wyvern and the Dark Wyvern Glaedr models for $999 and $1299 both of which also come with 128GB of storage.

When it comes to regular hardware specs for this device, it comes running Android 5.1 Lollipop software that has end-to-end encryption with 3GB of RAM, a 3,000mAh battery and a 5.5-inch 1080p LCD display. On the back it carries a 13MP camera, and an 8MP camera on the front. It also comes with an embedded fingerprint reader for an extra layer of security, and it boasts an IPx8 waterproof rating to top things off. Initially Turing was only allowing people who reserved the device make a purchase, so the pre-orders for customers with no invites is still undetermined it seems. Those who have an invite from the reservation period however won't have to wait very long before they can place their pre-orders as that time is coming up at the end of next month.