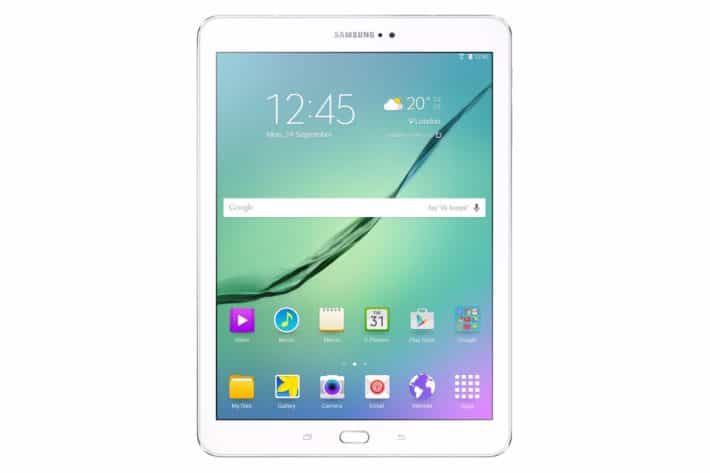 With smartphones starting to hit a plateau, carriers have been finding other ways to bring in more customers and more cash. With T-Mobile grabbing almost all of the smartphone growth in recent quarters, tablets have become a focus point for carriers. Even though they haven't really been selling all that well. But somehow the carriers are selling around a million each quarter. Verizon and T-Mobile have both been pushing tablets pretty hard in the past year. T-Mobile has just added another tablet to their line up, the brand new Samsung Galaxy Tab S2, which actually isn't even available yet in the WiFi only model.

Samsung has a 1536×2048 resolution on the Galaxy Tab S2 this time around, and it's available in both the 8 and 9.7 inch variants. T-Mobile hasn't stated which model they are carrying, but we have reached out for clarification. Powered by an Octa-core processor (it's a quad-core 1.9GHz and a quad-core 1.3GHz processor), 3GB of RAM, 32GB or 64GB of storage with a microSD card slot that supports an additional 128GB of space. We also have a 8MP rear-facing camera, and a 2.1MP front-facing camera which is great for Skype or Hangouts calls as well as taking the occasional Selfie. Finally, the Galaxy Tab S2 is powered by a 4,000mAh battery.