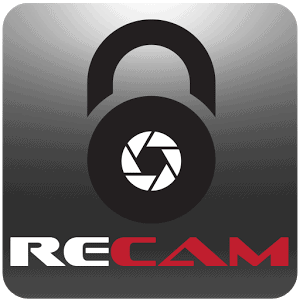 ReCam is an Android app that can turn either your current Android smartphone or tablet into a recording camera, or repurpose an older device into something useful. ReCam is set up by creating 'jobs' with certain criteria at certain times of day, as well as the ability to manually record whenever you want. Designed as an app to help protect your home and privacy, ReCam is a way of either confirming that something is going on at certain times or just returning reports from within the home at certain times throughout the day. A simple approach to recording footage when you need it, ReCam can also record even when your device is asleep (as in the display is turned off) and it can be a great way of repurposing an older piece of hardware. Recording of both audio and video carries on even when the user is browsing the web or playing a game.

There are two versions of ReCam that you can download, a free version as well as a paid version. The free version can only record video and audio of 10 seconds in length and is only designed as a way for you to test if ReCam works on your device. When you first open the app, you'll be reminded of what ReCam is actually designed for. 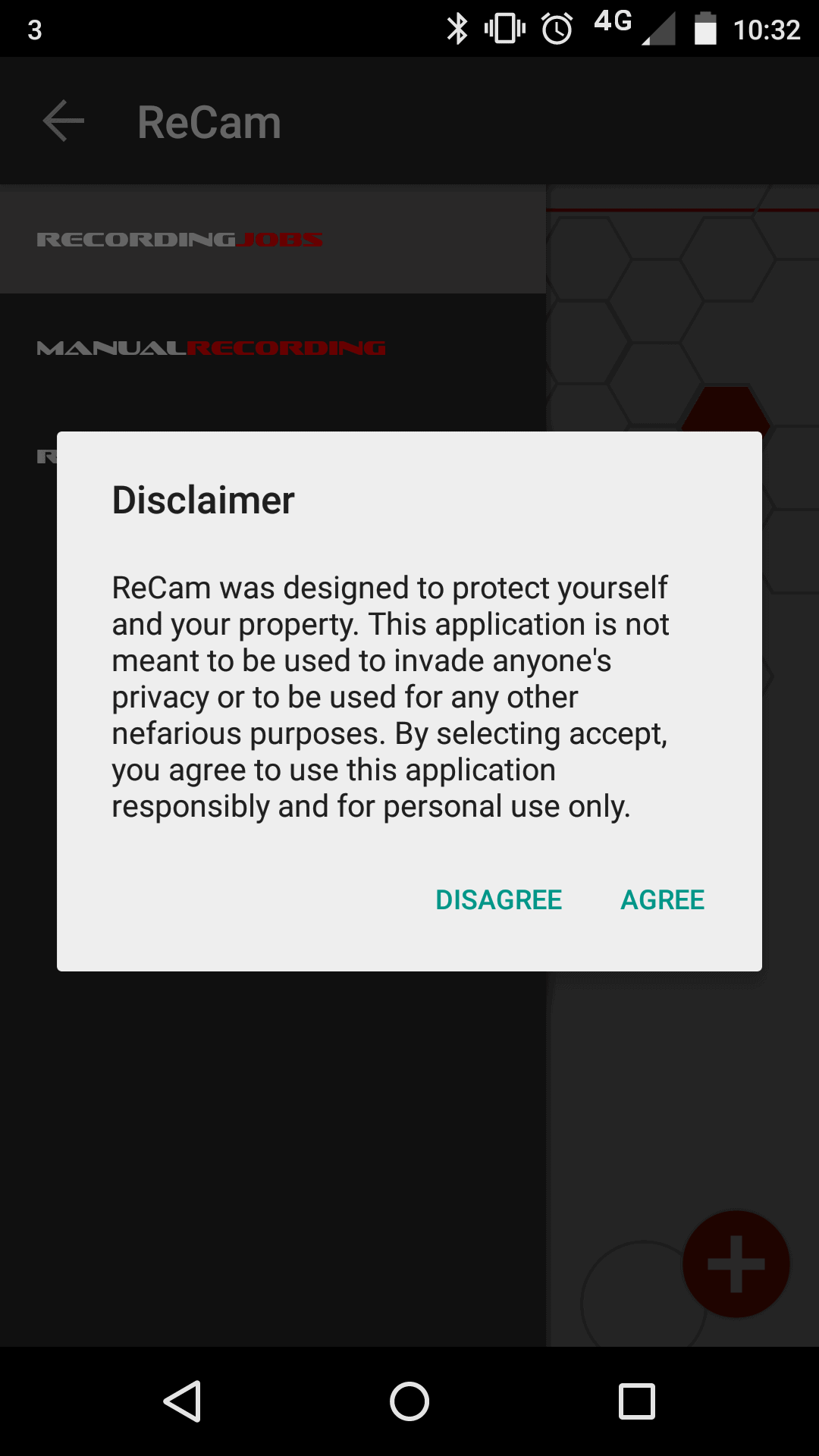 ReCam works off of a system of 'jobs', when you first launch the app this list will be empty. 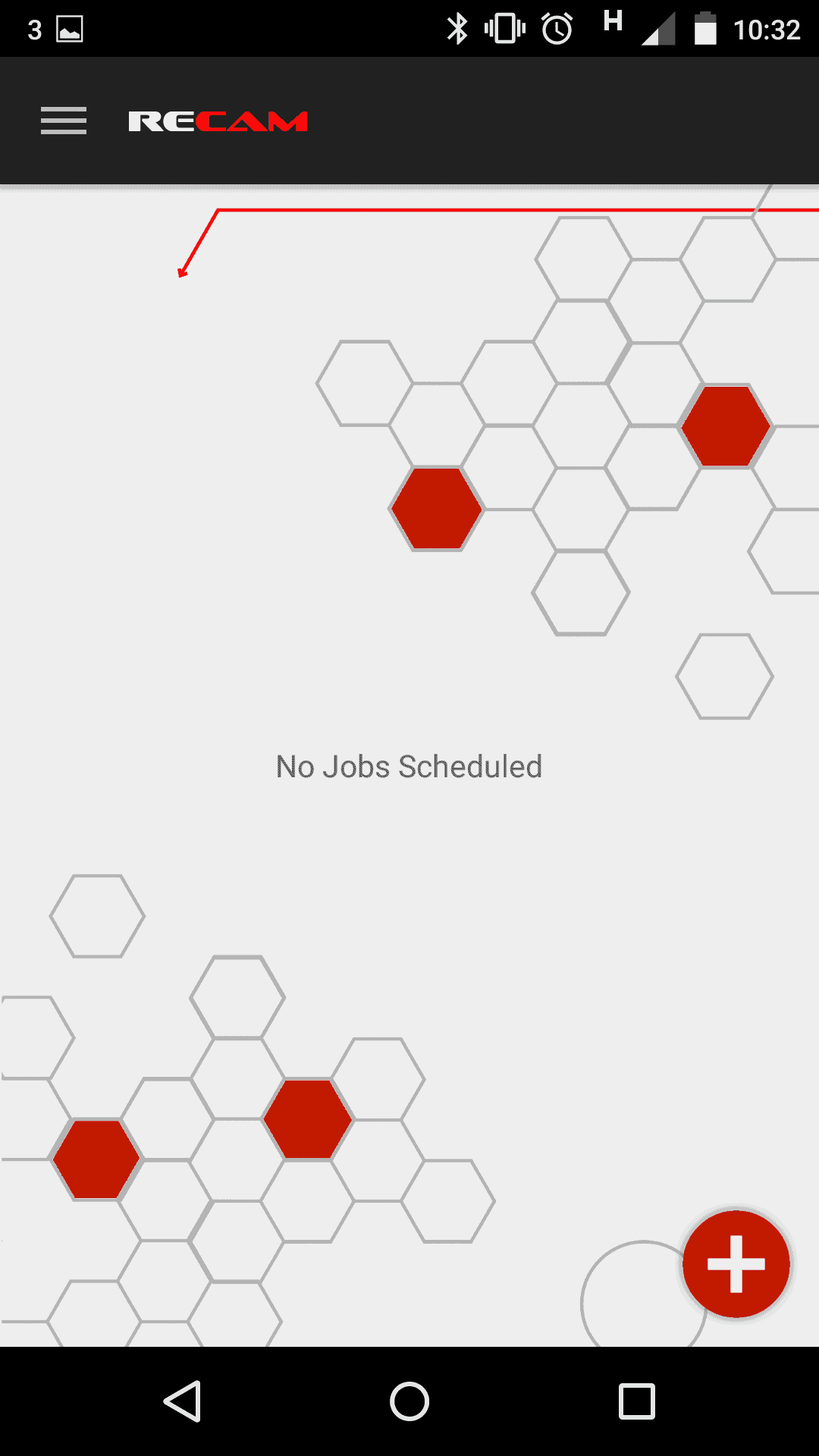 You need to add a job to the schedule for ReCam to actually do anything. Adding a job is fairly simple, there are a number of criteria you need to fill in, including the weekday as well as the time and so on. 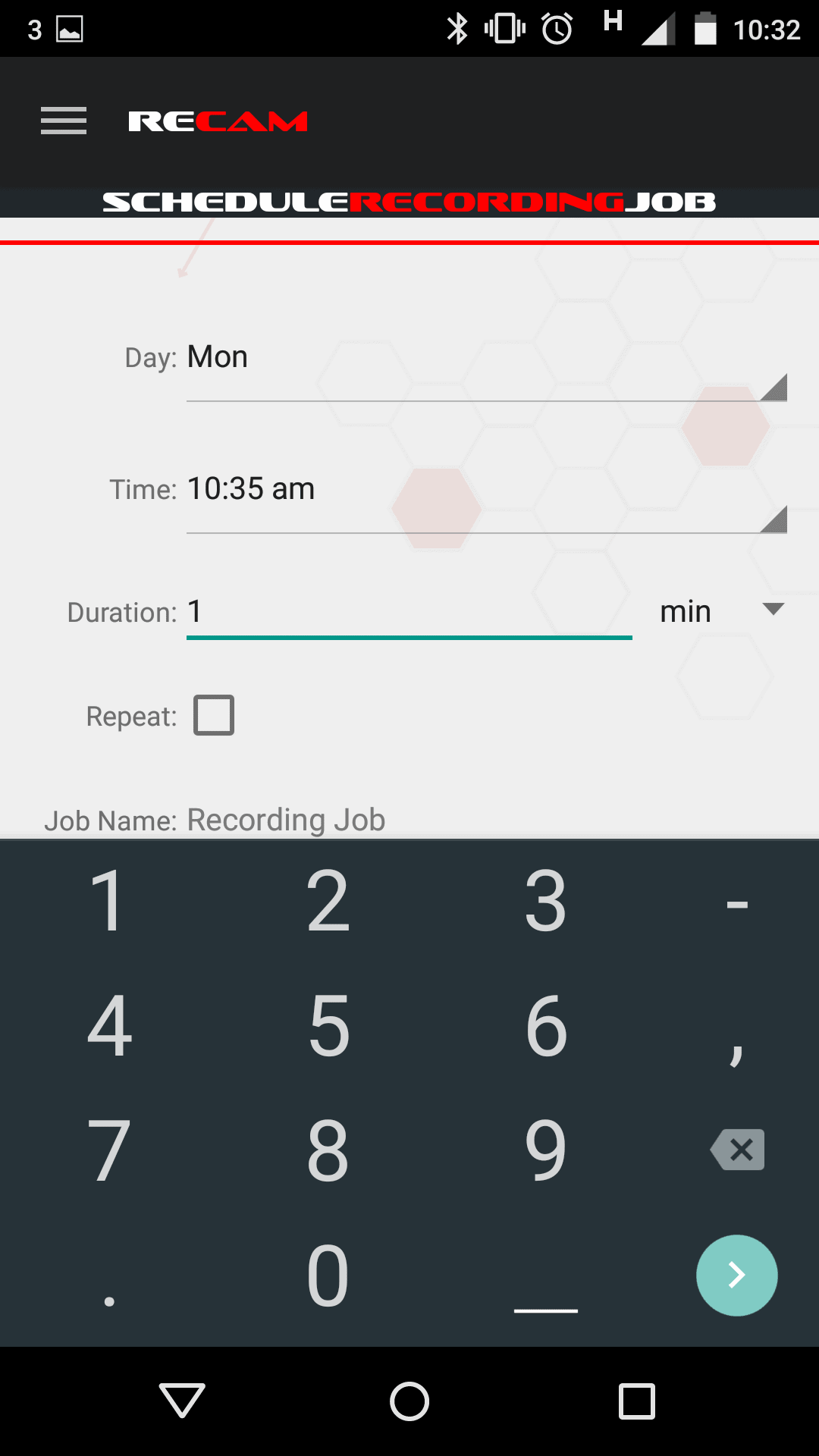 What's nice about these options is that they're nice and straightforward and offer important choices like the quality of the video, which will ultimately decide how much space the footage takes up on your device. 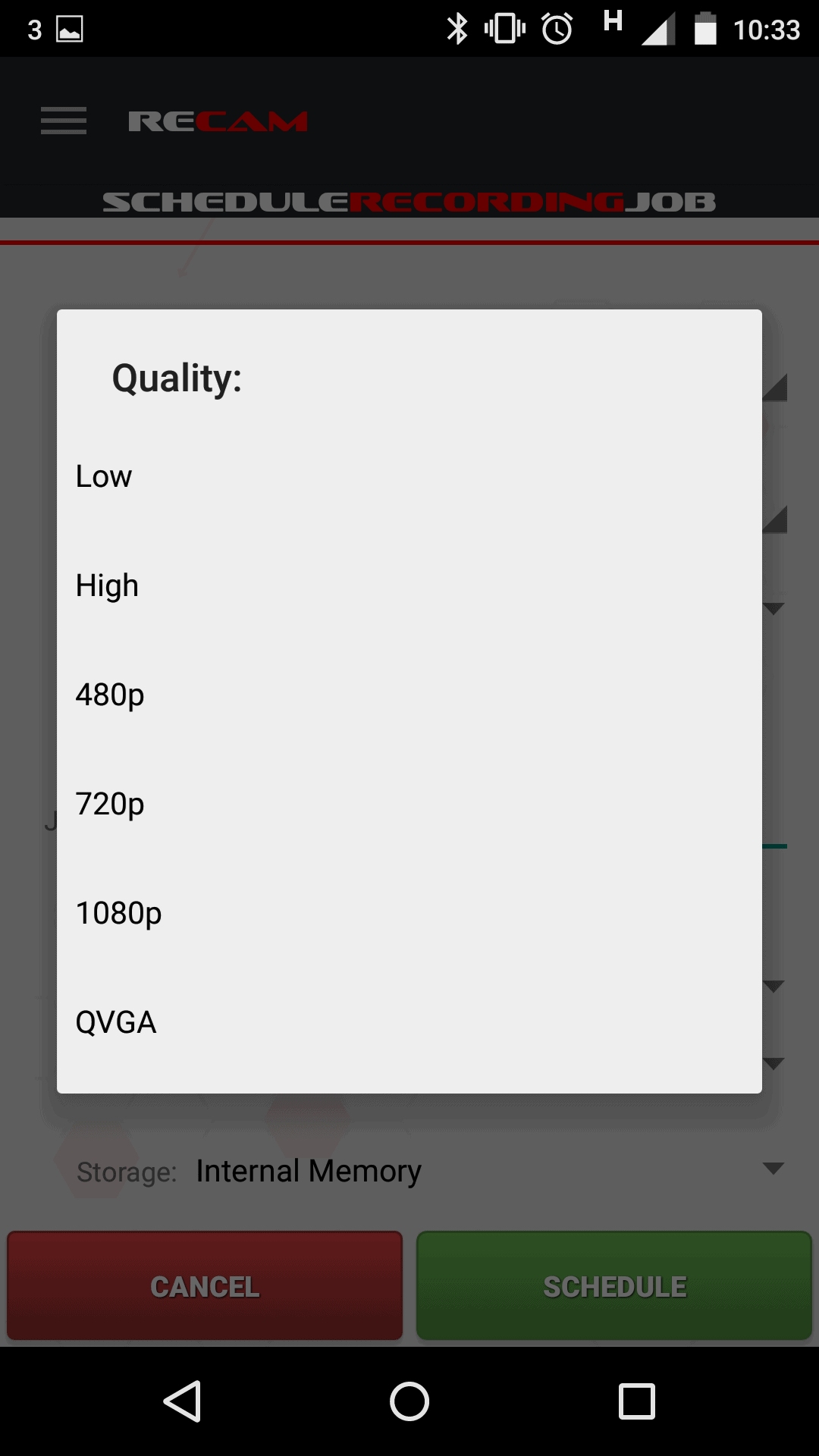 I created a test job, with a 480p quality to record both video and audio, and I put my phone into sleep mode, and sure enough, the test job came through just fine. Not only did this work while my phone was asleep so to speak, but there was no indication that I was recording anything at all. 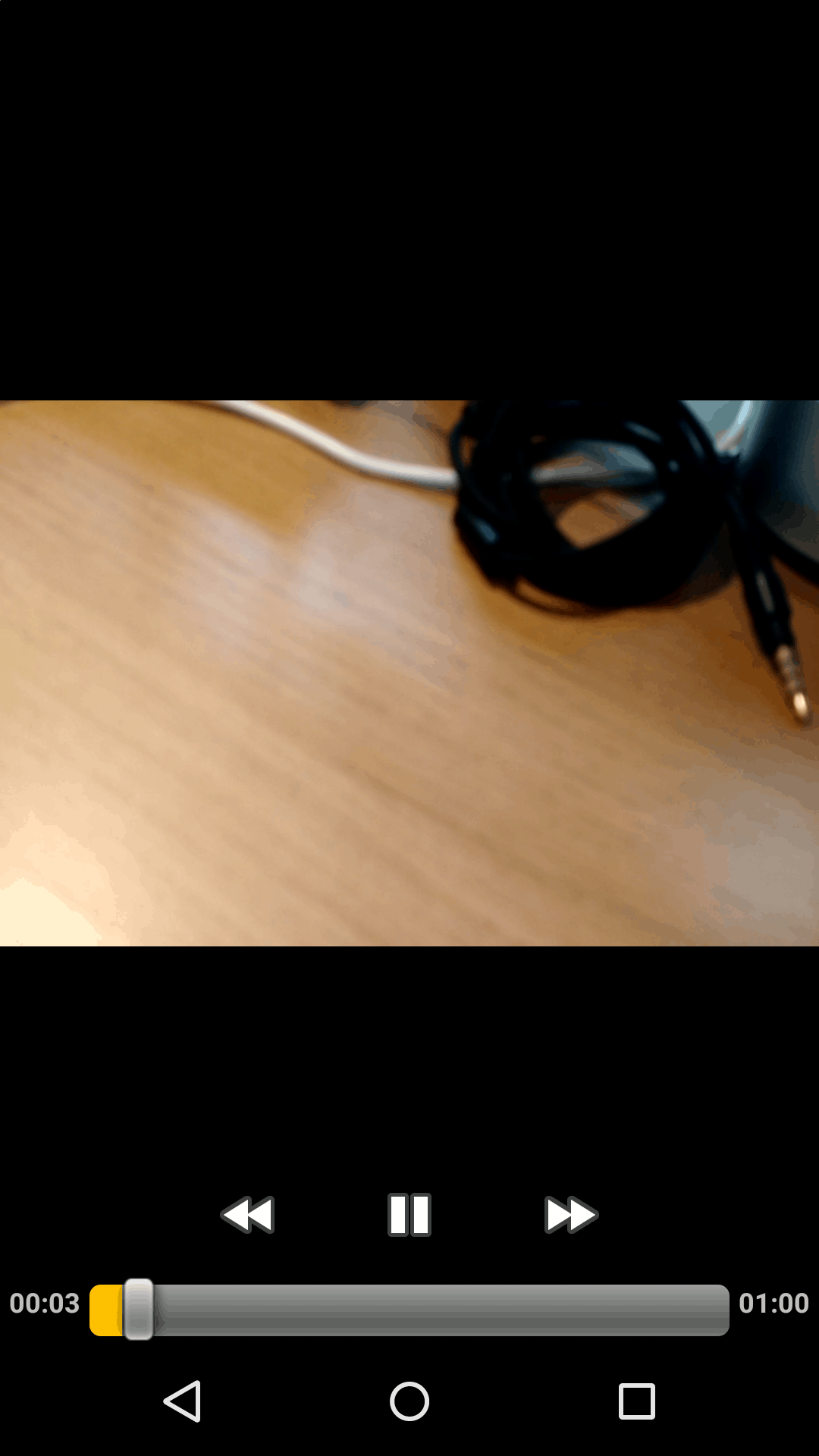 This is just a small tester, but it worked just fine, and it recorded both audio and video quite clearly, even at 480p resolution, and took up about 50MB of space on my device. You can have a number of different jobs programmed at any time as well: 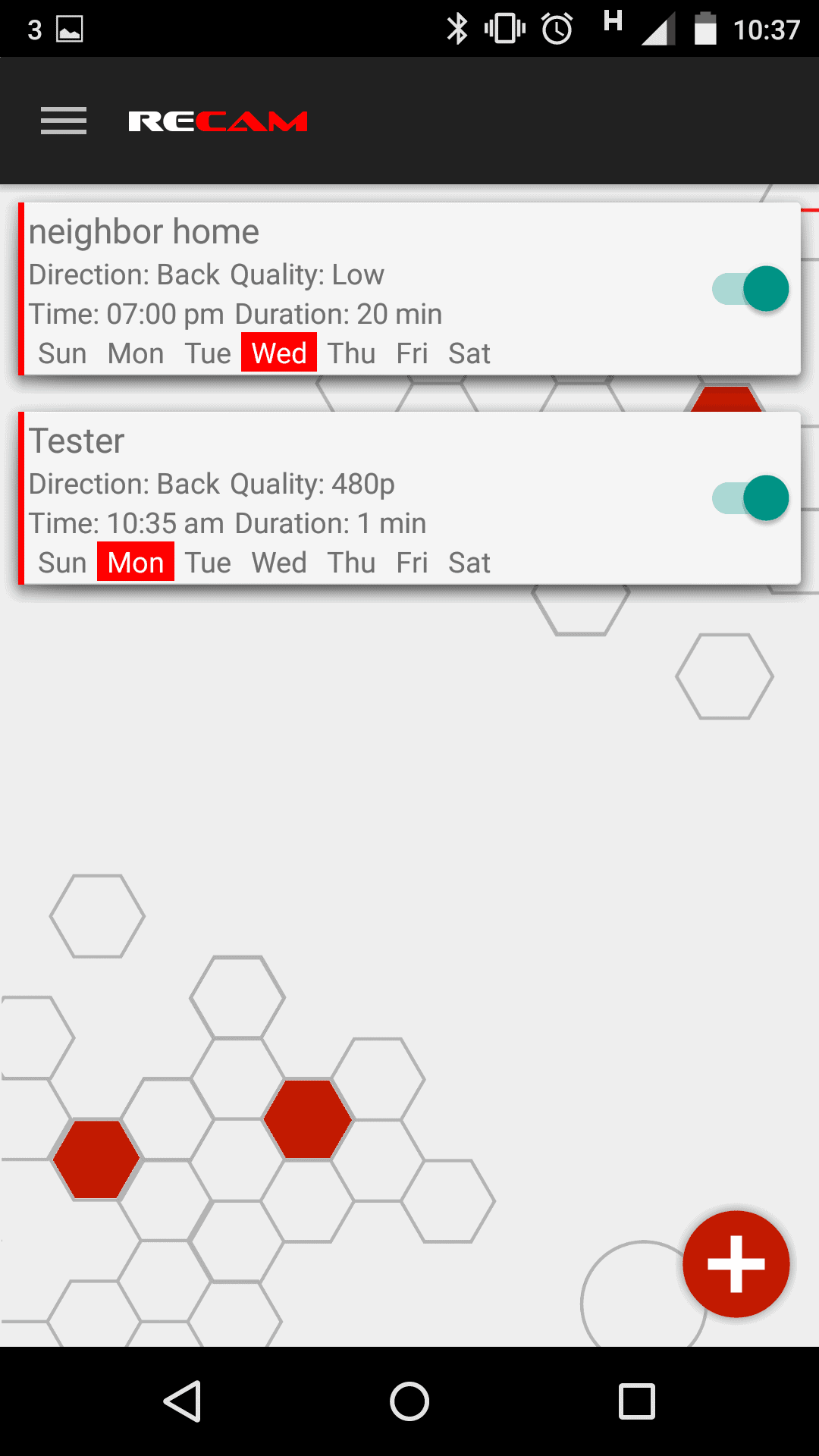 Sliding out the menu from the left allows you to quickly access a few things: 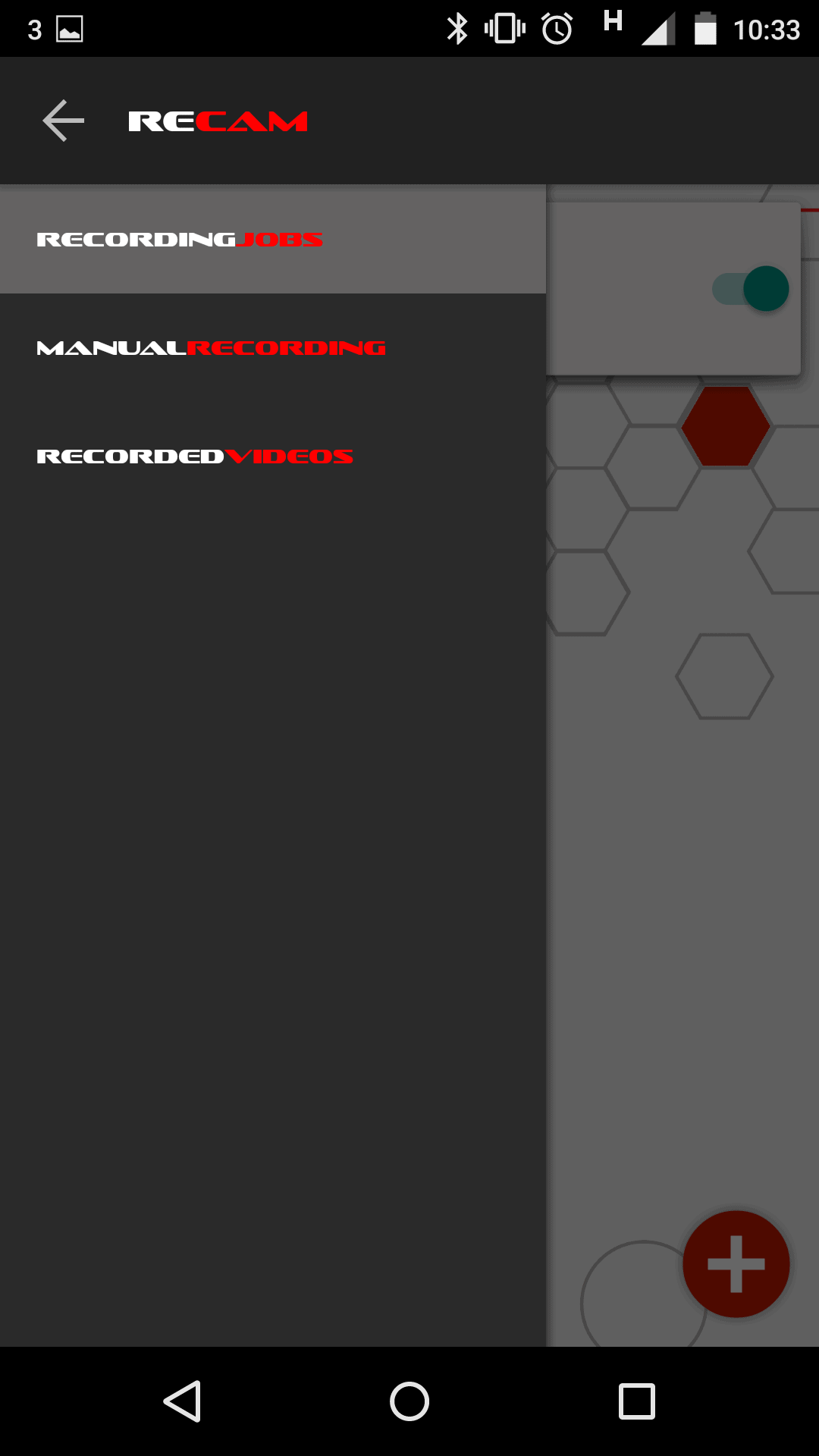 You can also start a manual recording whenever you like, too. Again, you can lock your phone and continue to record, and there's no way of telling that the phone is actively recording and you can still use your device as you normally would. 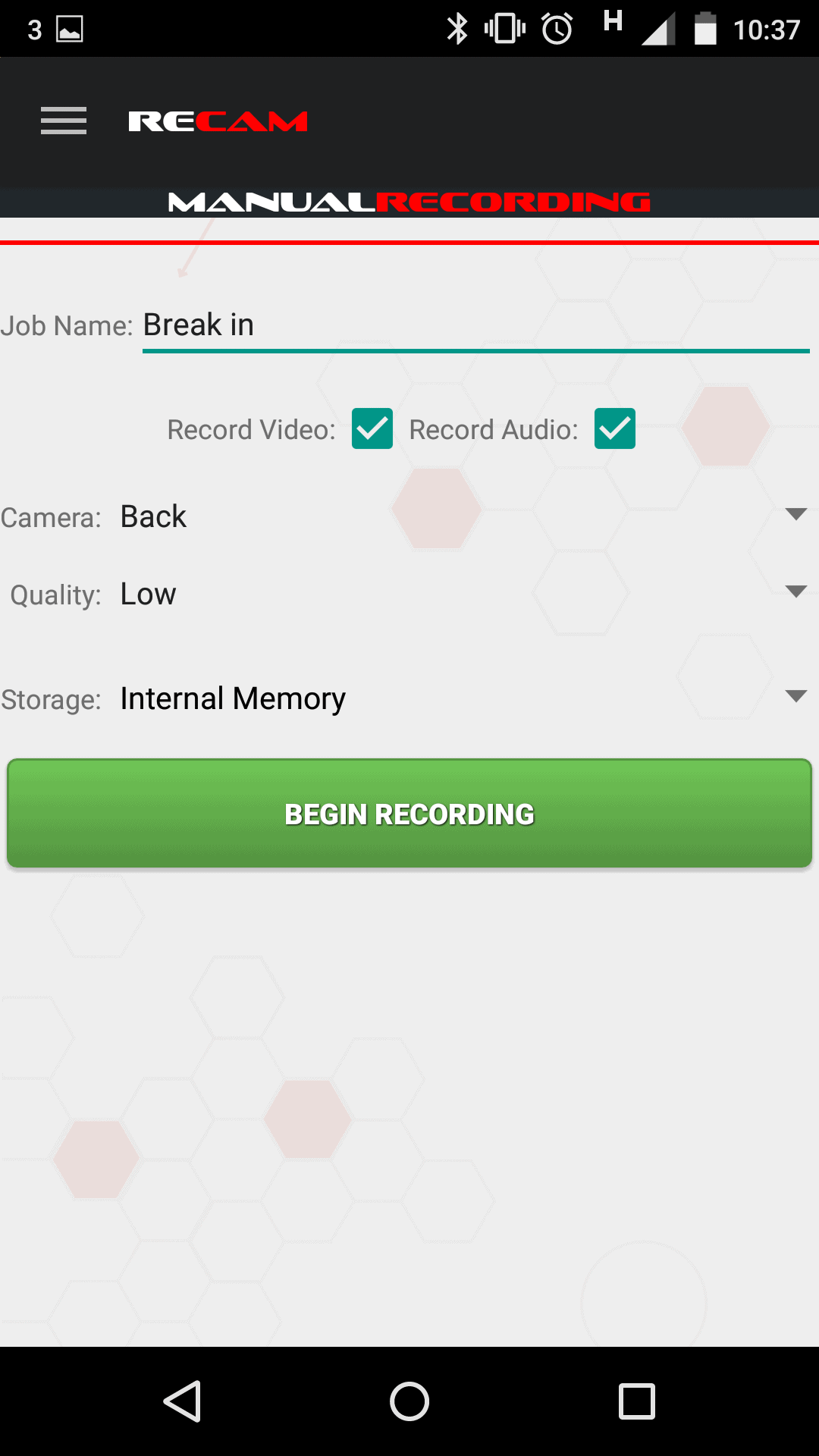 ReCam will notify you when a scheduled job of yours is completed, which is a nice touch. 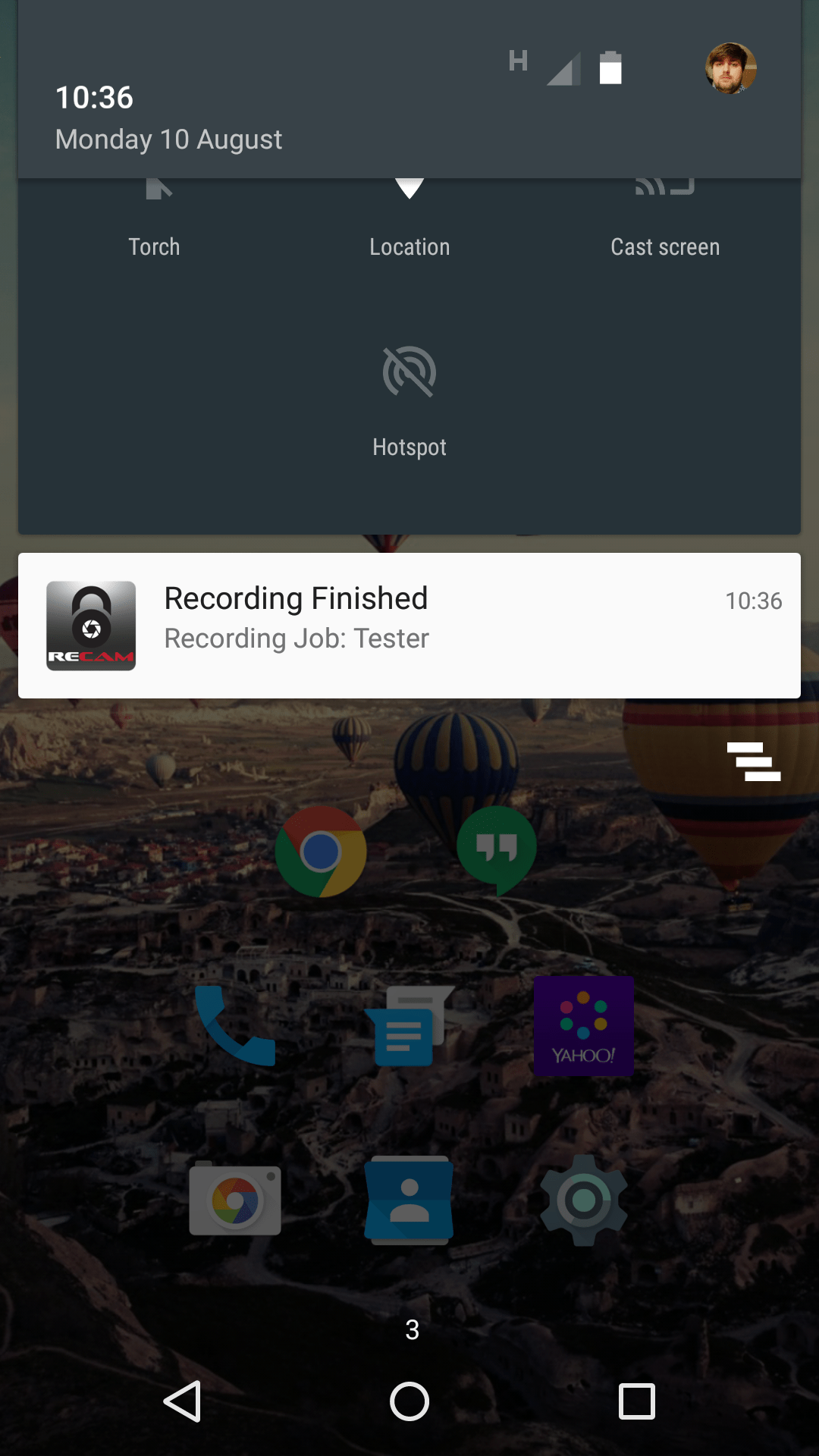 ReCam is an app that is best used with older devices you might have left over from old contracts, or tablets you rarely use. The idea of scheduling jobs is a decent one, but you need to setup a device at that time and the position you want it, which is not always idol for your main device. Regardless of what you use it with, ReCam delivers on its promises, and definitely does a good job of recording what you want it to. There's no way people can tell a device is recording and you can carry on using a device if a scheduled job comes into effect as well. Audio comes through nice and clear as well, and the options to choose from different video resolutions and such is a great touch. I do wish that it could record to an SD card, and that there was an interactive tutorial included, but when using it with a secondary device, ReCam is easy to get to grips with and very straightforward.

All-in-all, ReCam is an impressive little app for those looking to get some sort of home security on the cheap, and it can repurpose an older device into something useful once again. I would have liked to see some sort of motion detection here, but adding such a feature would increase battery drain. A neat little app that can offer some peace of mind without breaking the bank, ReCam delivers on its promises.