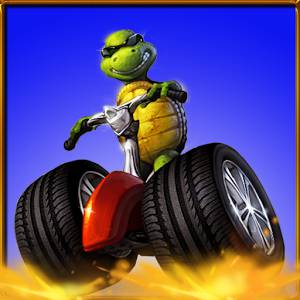 Race of Gadgets is a lighthearted racing title that puts you in control of a cool little turtle character. The gameplay is sidescrolling and gives you the opportunity to race with different vehicles on various tracks. It features simple controls so gameplay isn't difficult and should be easy for just about anyone to pick up.

Before you can get started with Race of Gadgets you'll need to head to the Play Store and download the game, after which you can embark on the adventure that awaits you. 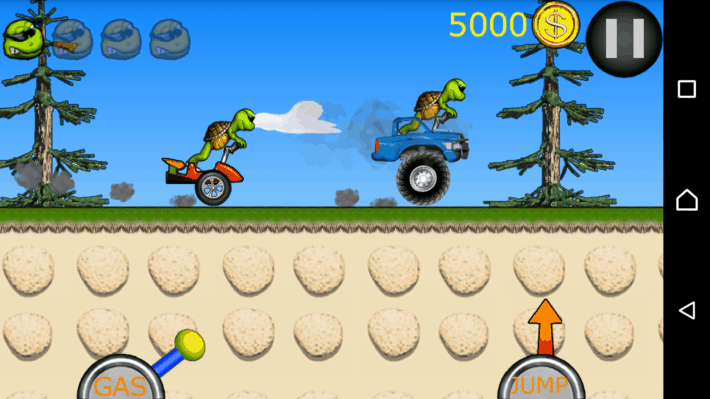 Race of Gadgets, although containing a simple control scheme, does allow you to perform tricks in game to acquire gold coins, which can be used to unlock other vehicles to use in races. 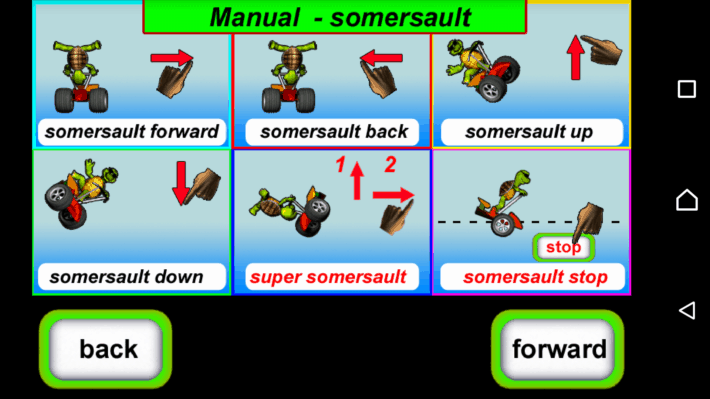 The game provides a nice little tutorial on how to perform these tricks before you even start the game. 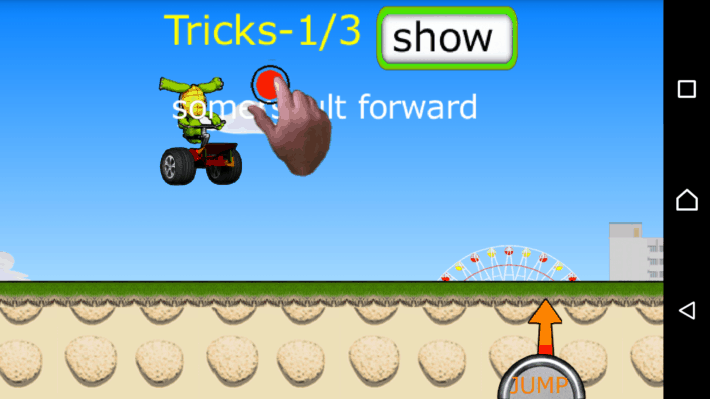 Upon selecting your vehicle and level, of which there are multiple options, you'll be walked through how to perform a few tricks, then are required to perform each one before you start the race. 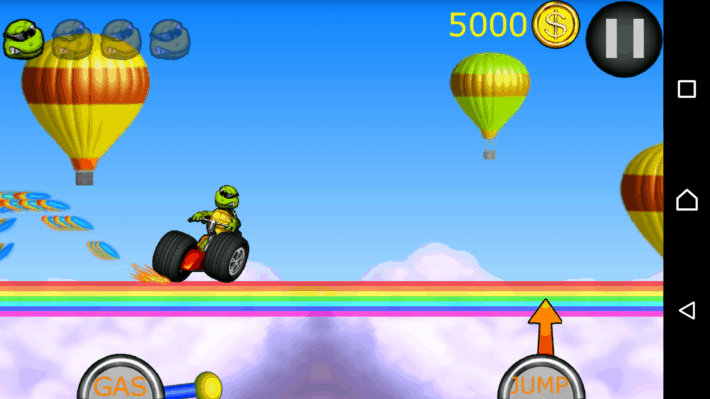 There will be other computer-based character in races with you so you will have a few opponents, and there will be a number of obstacles in your way too which adds an element of challenge to the game. You'll need to be weary of things like giant stones and jump over these to continue. 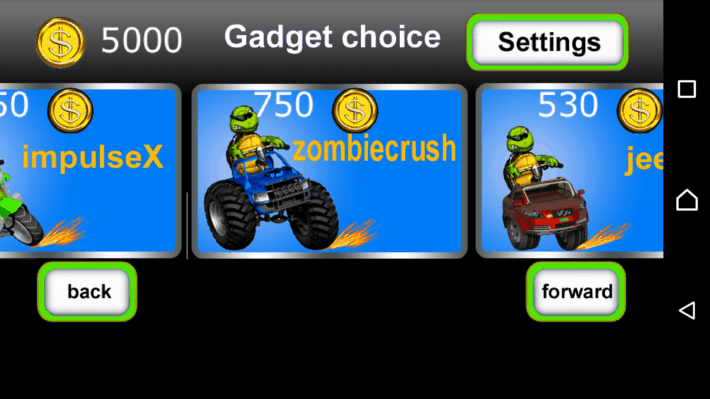 The game also includes three new vehicles to choose from including the paraplane, the screw accelerator, and the turbine you can fly on. 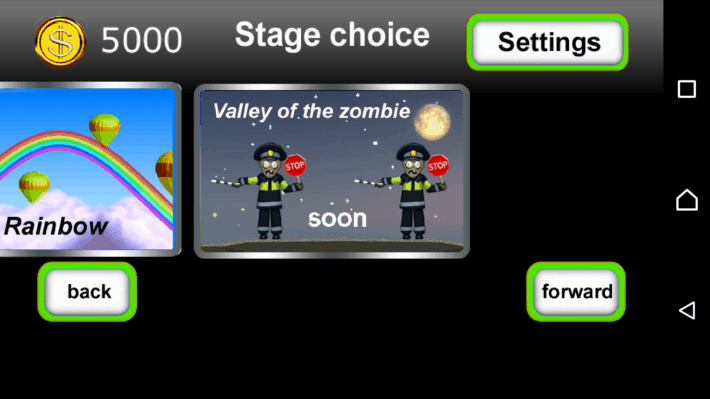 All stages are unlocked from the start so you have the opportunity to pick and choose your favorite stages right away, which is kind of a nice touch as they all have different backgrounds. 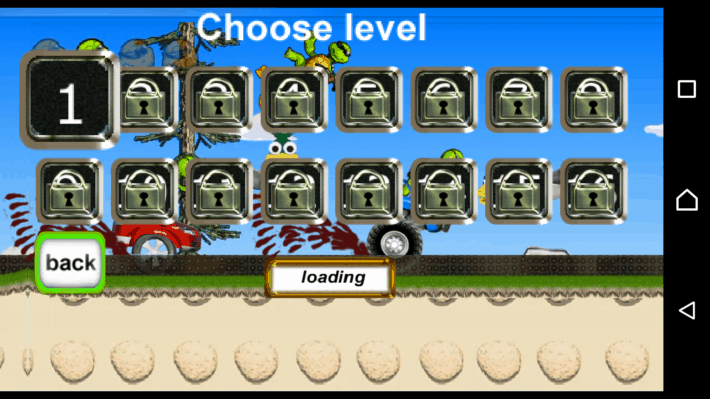 Each stage seems to have a number of different levels and challenges for you to perform, which by completing unlocks the next challenge and more opportunities to earn coins. 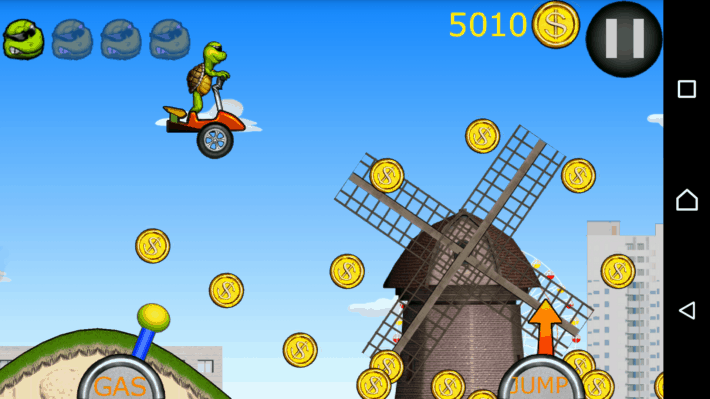 The first time you play you'll need to survive the race and beat your opponents to finish first. This will prove to be more challenging than it sounds. 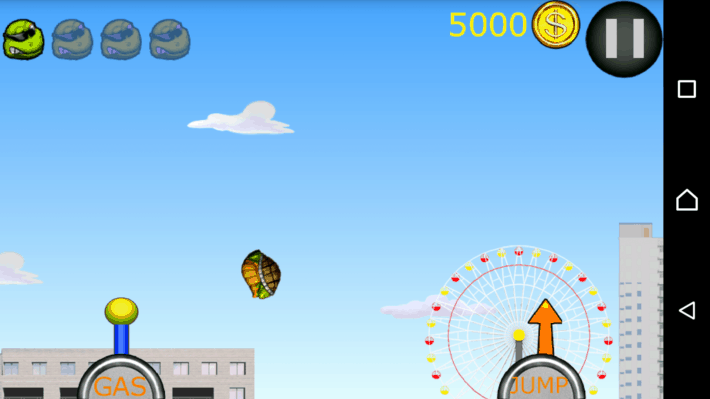 As a simple racer, Race of Gadgets provides some fun without too much seriousness. It can be great for times when you have a few minutes to play, and since it carries different vehicles to unlock with multiple stages there is some replay value to be had. You won't find top-notch 3D visuals here, or a roster of today's hottest super cars, and that's just fine. This version of the game is paid and features no ads in game, and you also get 5,000 gold coins to start you off so you can immediately unlock some of the additional vehicles if you wish.

I found Race of Gadgets to be pretty easy to play. Controls were simple, with two buttons for controlling the gas and the jump, and then gestures for performing tricks. It was nice to see that all the stages were available so players didn't feel locked out, and it seems more stages will be added in future updates which is great. The visuals are not the most advanced here, but they're still pretty decent and the game was fun to play. It could be a great option for kids as well thanks to the lighthearted nature of the theme of the game.