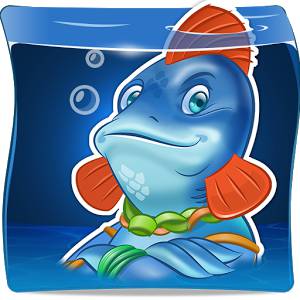 Aquapolis is essentially a simulation game, but most people will recognize it as a city builder. It's more than just a city builder though and blends together elements of city-building and farming games while also adding in bits and pieces of adventure. As you strive to build up an abandoned underwater village into a booming modern metropolis you'll come across quests to complete and meet all kinds of characters. There are loads of buildings and decorations you can build and add to your city while also discovering new technology to make things even better. You'll have to educate the citizens as well as keep the economy flowing too.

Before you can start building up your underwater mega city you'll want to head to the Play Store and download the game. 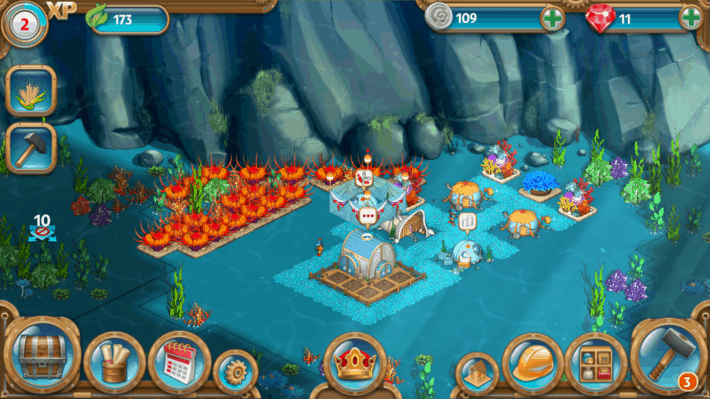 While plenty of city builder games dump you right into the main gameplay, Aquapolis actually feeds you some backstory for the first few minutes of the game which is kind of nice as the unusual storyline the tone for the game. 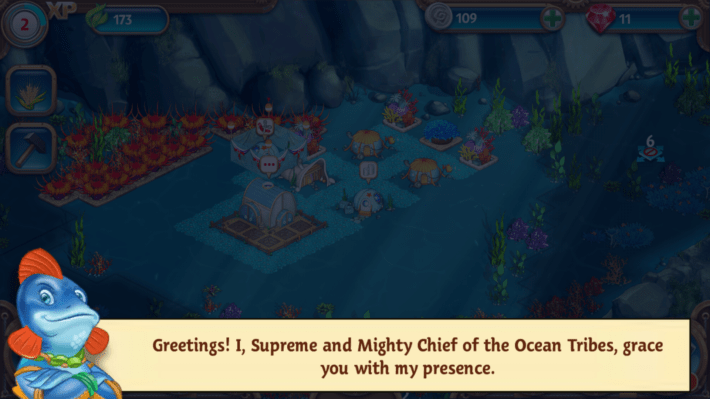 Once you begin your first few building tasks, you're run through what's kind of like a tutorial that guides you on what to do to get you feeling acquainted with how the game works. Since no city would be able to survive without food, you also have to build up a farm and create food source for yourselves and the citizens. 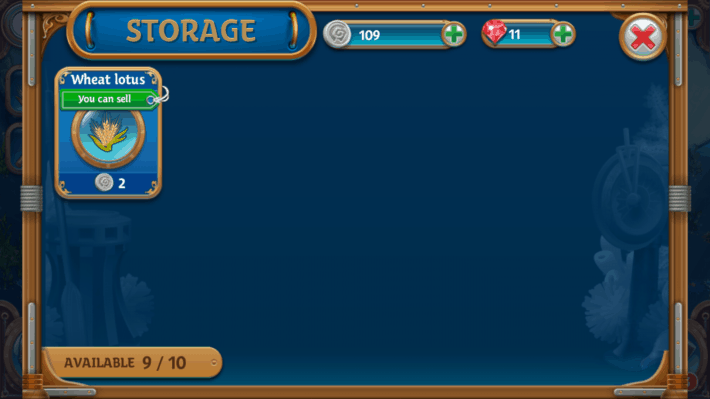 You start off with a rather small plot of land, but as you level up and expand your abilities you'll not only be able to learn how to build more buildings but you can also buy new plots of land to expand your underwater metropolis. 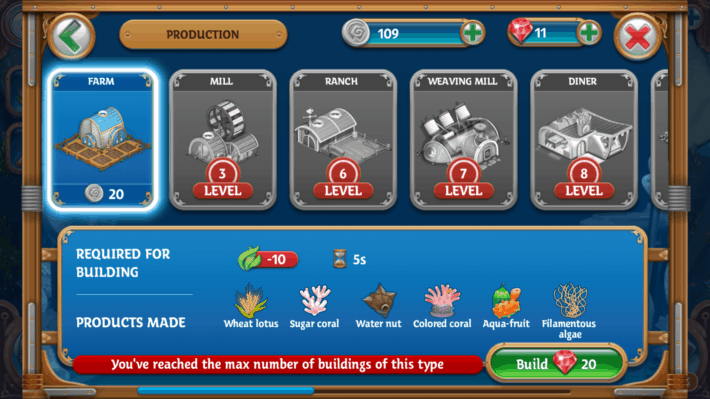 There is a list of different technologies you can research like farming, flour production, sugar production, meat production, fuel production, and many more. Each one requires you to be a certain level before you can learn it, and each has its own uses as something you'll need at a certain point in the game. It's easy to keep track of all the items you've obtained thanks to a nifty inventory button. You can tap this at any point to see what you've acquired if you ever need to refresh your memory. 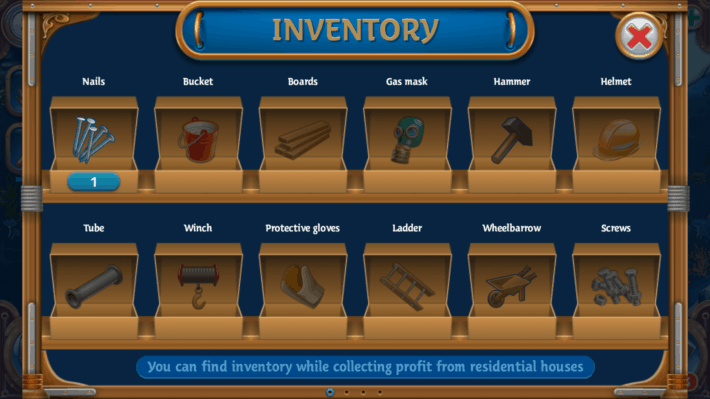 In addition to expanding and growing your city to epic proportions, there are a number of mysteries you can discover as well, making the act of exploring more exciting. Some of if not all of these mysteries can only be discovered at certain levels though. 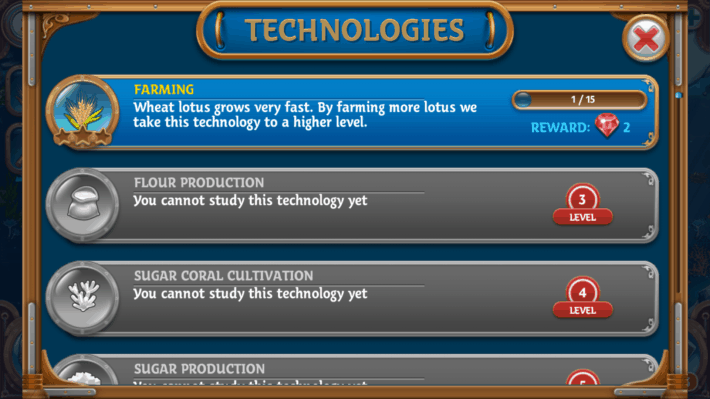 Building your city up to new heights is only part of the challenge, you'll also need to maintain it and repair your buildings from time to time. To do this you'll need a set of special tools to get the job done. 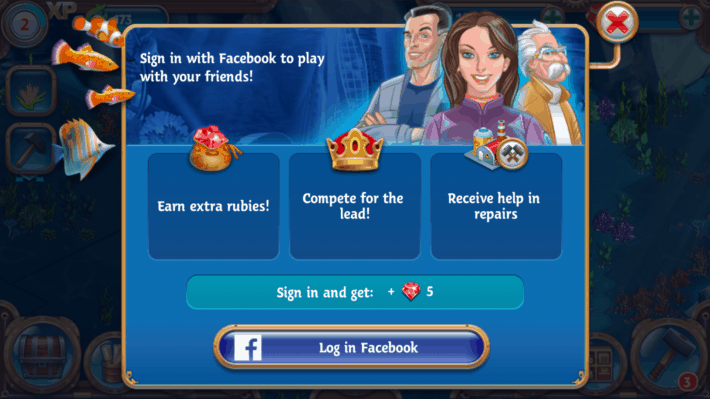 There are social elements built into the game too. You can link up to Facebook and play with friends who also play the game, and if you log in daily there is a daily bonus you can obtain including coins, keys, and even gems. 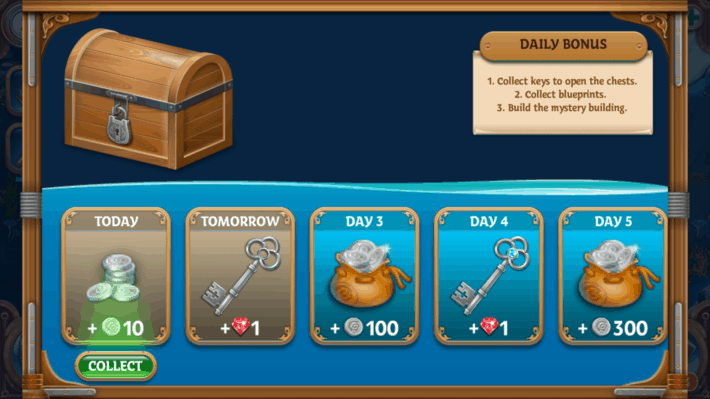 When it comes to city builders, Aquapolis does a fine job at providing you with the necessary elements that make such a game. They enhance it though by adding in a storyline that spans the length of the game as well as giving you quests and tasks to complete, and mysteries to solve. Building stuff might seem slow going at first, but once you get into a rhythm things begin to speed up, then all the fun begins as you discover new stuff and meet new people along the way.

For a city builder, Aquapolis is quite comprehensive. It meshes together features of farming and adventure games which makes it a little more fun than your average city builder type. Those who enjoy digging right in and building everything they can won't be disappointed, but those who also enjoy the immersion of a story will be delighted that there is one to encounter. Most city builders are also usually above ground so the game setting is also unique for a kind of fresh new take on the genre.