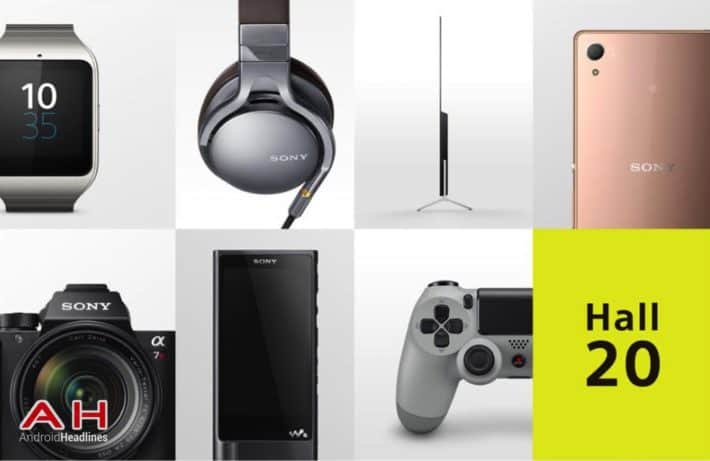 There's a good variety of different trade shows throughout the year, starting off with the Consumer Electronics Show every January and then closing out with IFA in Berlin each year. While CES is more of an everything event, IFA is slightly more focused, with brands and manufacturers releasing mobile devices and laptops and such. Instead of just throwing it all out there. IFA stalwarts have included Samsung and Sony for a long time now, and while Samsung looks all set to jump the gun with the announcements of the Galaxy S6 Edge+ and Galaxy Note 5, Sony is sticking with IFA.

Last year, IFA 2014 saw the introduction of the Xperia Z3, the Xperia Z3 Tablet Compact and the Xperia Z3 Compact. Sony heralded the introduction of their new line as a big step in choice for consumers, and they were pretty much on the money. Offering the same platform in three different sizes definitely offers customers a lot of choice. Since then however, we've seen and reviewed the excellent Xperia Z4 Tablet and the somewhat disappointing Xperia Z3+ (known as the Xperia Z4 elsewhere) have been released. Sony have an event scheduled for IFA 2015 on September 2nd, and we could be in store for the next Xperia Z flagship. Taking a look at the invite, Sony have highlighted high-end products from each one of their offerings, including smartphones and the SmartWatch 3 in metal.

Whether or not Sony will have a new Xperia Z flagship to show off so close after the launch of the Xperia Z3+ and more recently the Xperia C5 Ultra and Xperia M5 remains to be seen. It does however, seem a little unlikely, as the Xperia Z3+ hasn't been on sale for long, and Sony have also been known to announce devices during CES, so they could be waiting until January to announce something big. A new smartwatch running Android Wear could be coming up, but more likely is the introduction of the SmartBand 3 which leaked out earlier this year. Whatever happens during their event, we'll be there ready and waiting to report all the news.