Skip to content
Trusted By Millions
Independent, Expert Android News You Can Trust, Since 2010
Publishing More Android Than Anyone Else
30
Today
158
This Week
799
This Month
6732
This Year
124253
All Time 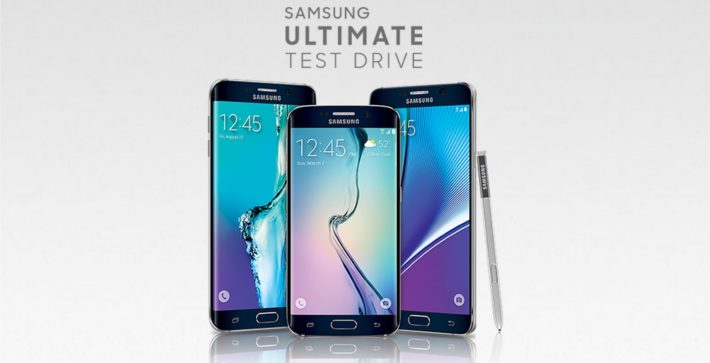 It’s no secret that Samsung wants to take some market share from Apple, they have created all sorts of strategies including launching new phones before the next generation of iPhones are announced and more recently, they made an exclusive offer to iPhone users called “Ultimate Test Drive”. This promotion was for U.S. residents and basically the company let iPhone users to borrow one of Samsung’s premium smartphones for 30 days so that they could check out the experience they bring including the shift to the Android operating system. Those eligible could choose from the recently announced Galaxy Note 5, Galaxy S6 Edge+ or even the regular Galaxy S6 Edge if they didn’t want a phone with a large screen, plus, the phones will include an activated SIM card to be used for calling, texting or using the internet and they even included a cable to transfer their data to their new Samsung phone.

Apparently, the promotion worked really well, as a few hours after it got released, they ran out of these promotional kits. The company only communicated that they would want to bring the promotion to more iPhone users, possibly to more regions or with a larger stock for the U.S., but they didn’t specify when either of these options could occur. Even if the stock was too small, there’s a clear interest for the new phones and it’s probably because of the new industrial design based on glass and metal. Even more interesting is to see iPhone users to be considering making a switch, as they are often very loyal to the brand.

For those who actually got their promotional kit, there are a few extra perks that they might get which were not originally mentioned. They will receive $100 in Google Play Store credit and they could also get an additional $100 from their carrier or retailer trade-in program. They need to go to the link in the source and enter some information to prove they are on the test drive, they must have the Samsung phone close, as some information of that phone may be requested. Some questions about their experience must be answered plus some information about their current phone and that’s it. They may use the trade-in offer until December 31 and the Play Store credit may be claimed until January 30, 2016.