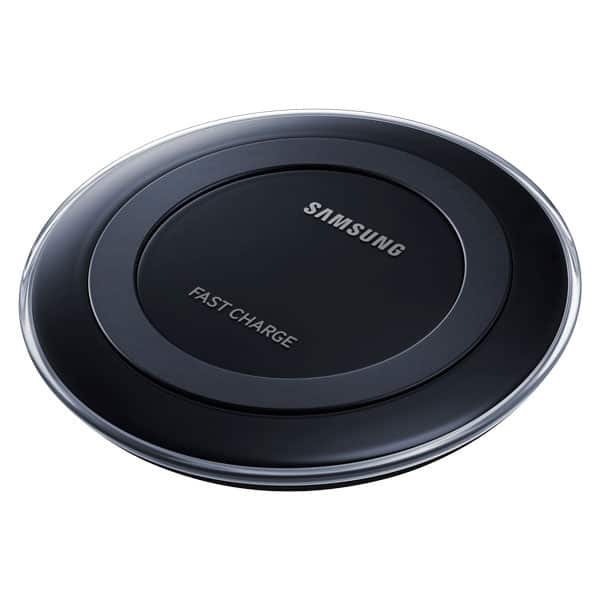 Wireless charging is a technology that hasn't caught up as much, but still it has potential. It's no secret that battery life in current smartphones is a major issue, so imagine if every table at a restaurant or a coffee shop featured a wireless charger and you just place your phone in the right spot and suddenly you have more battery to keep your phone going. While some companies have released accessories to make their phones compatible with this technology, Samsung integrated it in some of their phones this year, including some of their most recent ones like the Galaxy Note 5 and the Galaxy S6 Edge+.

While The Galaxy S6 and its curved version announced earlier this year featured two standards for wireless charging (Qi and PMA), the two new phones feature those too, but it has the ability to charge faster than before. Now, Samsung's Wireless Charger with Fast Charge is available on the company's site. The charger features a compact and portable design and it's compatible with any Qi-enabled device, so devices from other brands will be able to use it at standard speeds. The new Samsung phones will be able to charge up to 1.4 times faster than others reducing the time it takes to fully charge them as much as 50 minutes.

The charger is very easy to use, being ready at all times, so users just need to place their compatible phones over the wireless charger. The phone can also be used while it's charging and the LED light indicator will tell if the phone is actually charging. If it is used with Samsung devices, the light will turn green when those are fully charged. The charger is priced at $69.99 and it will be available in white or black color options, it's $20 more than the regular wireless charger, but this one might be more future-proof. Since Samsung's recent offerings doesn't offer a removable battery and they have been severely criticized by the battery performance, this could be a good option as it could just lay on a desktop removing the hassle of plugging cables in and out.