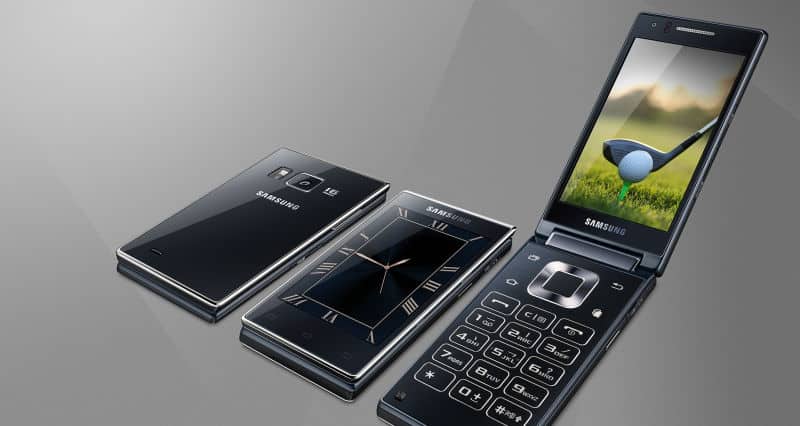 Samsung is one of the few mainstream smartphone vendors that actually experiment with form factors more than any other. Back in 2011 when it launched the first generation Galaxy Note, a lot of people just laughed it off because of the 5.3-inch screen, which was deemed too big for its time. As it turns out, phablets are basically mainstream now, and the Galaxy Note lineup has been one of Samsung's biggest money spinners over the past few years. The company has also looked to experiment with super-large-screened smartphones like the Galaxy Mega 6.3 back in 2013. As the name suggests, the smartphone had a gigantic 6.3-inch screen, but unlike the Note range, it proved a step too far for most smartphone buyers, and Samsung had to cut down on the screen real estate to 6-inches for the Galaxy Mega 2, which came the following year.

The smartphone maker in 2013, also sought to bring back a blast from the past – the clamshell form factor – which has been largely given a silent burial since the emergence of touchscreen smartphones as the mobile devices of choice for users worldwide. That 2013 device was named the Galaxy Golden by Samsung and was launched primarily in its home market of South Korea, possibly to test the waters. While the device did not exactly set the sales charts on fire, Samsung hasn't exactly given up the ghost on the form factor, if the latest developments are anything to go by. So for all the nostalgic folks reminiscing about devices like the Moto RAZR V3 and its likes, the company has now launched a whole new retro clamshell smartphone with dual touchscreen displays and a physical keyboard. The device is listed on Samsung's official website in China, and carries the model number SM-G9198. Which is the exact same model number previously rumored to belong to an upcoming handset with a more 'traditional' smartphone form-factor, named the Galaxy S6 Mini.

As for the listed device, it features dual Super AMOLED displays measuring 3.9-inches each, with a resolution of 1280 x 768 and are protected by Gorilla Glass 4. According to the official listing, the smartphone is powered by Qualcomm's Snapdragon 808 SoC, and comes with a 16-megapixel primary camera with an f/1.9 aperture, and a 6-megapixel secondary camera. The battery on the device is rated at 2,020 mAh, and the handset has 16 GB of built-in storage, with a microSD slot capable of housing up to a 128 GB card. The phone measures 120.3 x 61.2 x 16.3 mm and weighs 204 grams. There's no word on where and when the device will launch eventually, nor are there any pricing info available at the moment.