Skip to content
Trusted By Millions
Independent, Expert Android News You Can Trust, Since 2010
Publishing More Android Than Anyone Else
39
Today
78
This Week
528
This Month
2461
This Year
112539
All Time This morning Samsung took the veils of their two latest and flagship touting devices, the Galaxy Note 5 and the Samsung Galaxy S6 Edge+. Now, in a number of ways, the specs on the two devices are quite similar. This is in spite of them being from two different flagship ranges. As such, both come with a 5.7-inch display with a Quad HD (2560 x 1440) resolution. Both come with 4GB RAM and both come with Samsung’s own Exynos 7422 processor inside. Not to mention, both come with a 16-megapixel rear camera, 5-megapixel front facing camera, a 3,000 mAh battery, fast charging, wireless charging and running on Android 5.1.1. However, there is obviously one massive difference between the two. Well, technically speaking, two differences, one has double curved edges and the other has an S Pen.

Well, in the lead up the launch event, a rumor started circulating that Samsung were planning on releasing a sort of QWERTY keyboard cover for the Galaxy S6 Edge+. This was a cover which attached to the device and effectively provides the user with an optional hardware QWERTY keyboard. Pretty much turning the device into a sort of BlackBerry-like device. At the time, it was difficult to know if this particular leak and rumor had any truth to it or not, as it seemed so out there. However, Samsung did confirm and announce the keyboard cover at this mornings event and also announced it will be available for both the Galaxy Note 5 and Galaxy S6 Edge+.

Since then, the Samsung website has now been updated with the Galaxy Note 5 and S6 Edge+ along with all the accessories. That means of course, along with the new Keyboard cover. As such, these latest images show us in much more detail how the covers will look. The Keyboard is part of the larger case which attaches to the back as normal. Following which, the keyboard element snaps into place on the front of the device. In fact, it seems Samsung knows that the Keyboard function is even more important than the protection feature as the description reads “Lengthy chatting sessions, emails and social media updates are easy with the Keyboard Cover. Protection is a plus.” 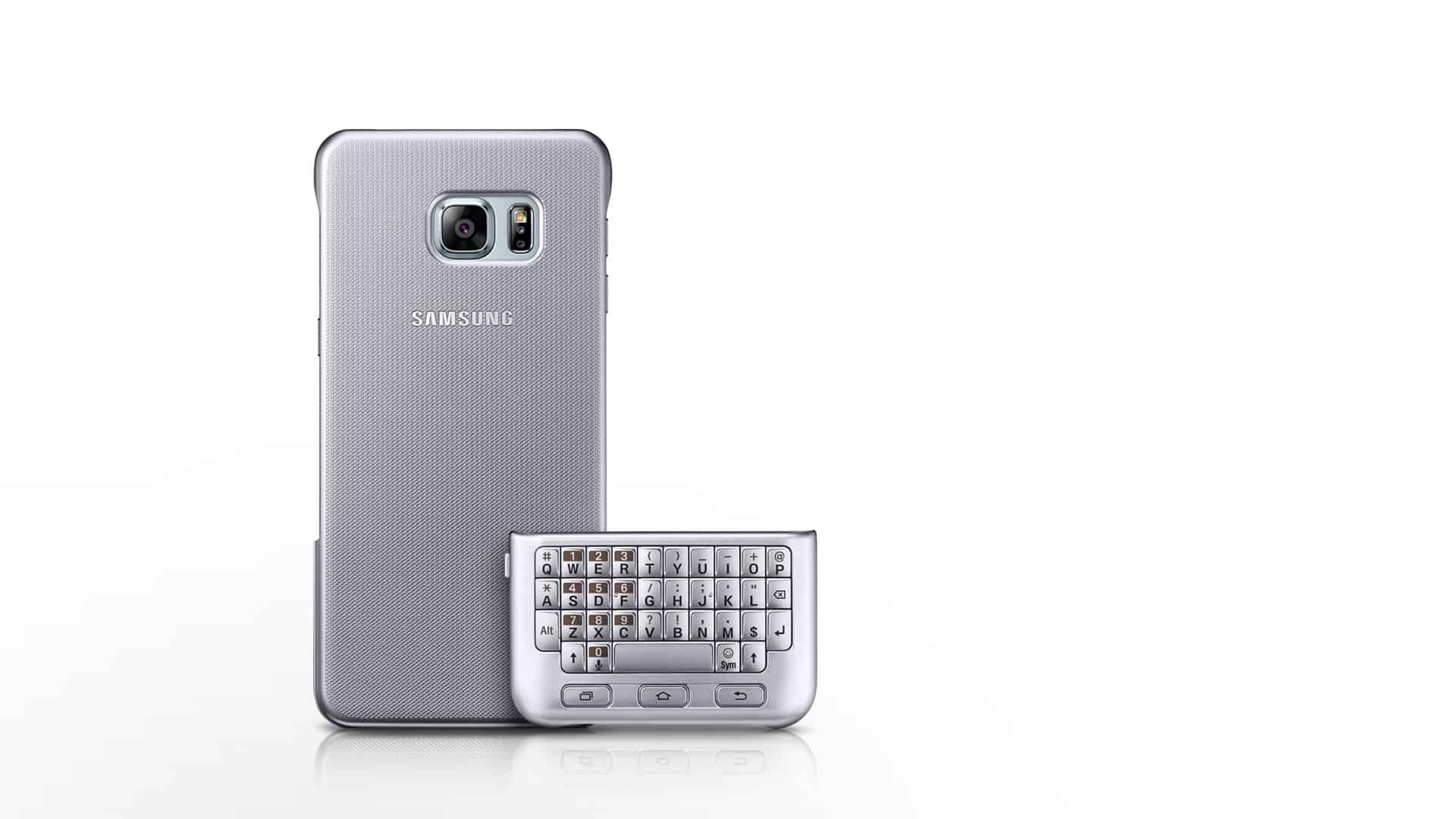