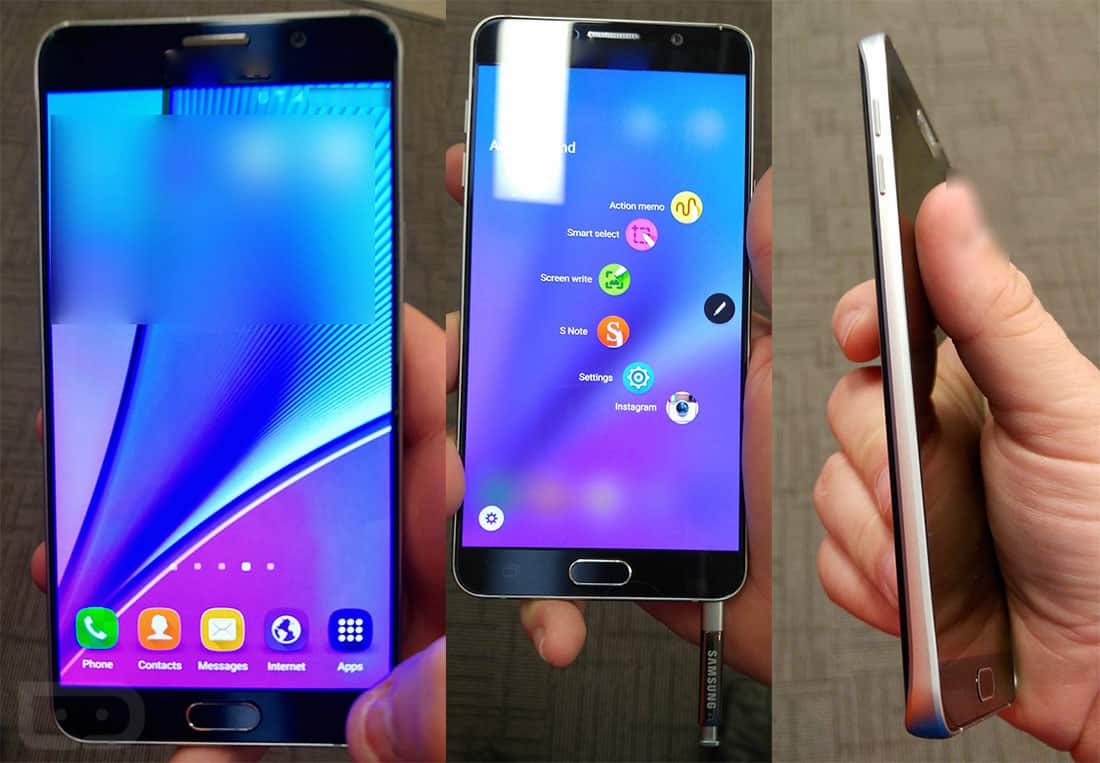 The Galaxy Note 5 has been leaking out like crazy lately. And Samsung already has their event planned for August 13th in New York City. We will be there live and in person to check out the latest and greatest from Samsung. So make sure you keep it locked to Android Headlines on August 13th. We've been hearing that there might not be a removable back this time, no expandable storage and an auto-ejecting S Pen. This leak, sorta confirms a few of these things.

The picture above, shows the Galaxy Note 5 in hand, and as you can see the design appears to be identical to the Galaxy S6. Not that there is anything wrong with that. Even though most people still want a removable back. From what we can tell, the back is not removable. However, that does not mean there's no microSD card slot. Samsung could do like many Chinese manufacturers and put a microSD card slot in the tray with the SIM card. It also shows what looks like an auto-ejecting S Pen. Which is going to be an interesting feature. You can also see the speaker, microUSB port and 3.5mm headphone jack all on the bottom of the device, with just two microphones at the top.

While there are obviously some Photoshop edits here, likely for Droid Life to protect their source, it does look like there's no Samsung logo on the front. Which is an interesting change. As that has been a staple for Samsung for years and years. It looks like a really nice device actually. The specs are still pointing at a 5.66-inch display, 4GB of RAM, Exynos 7420 processor (same as the Galaxy S6), and 32GB, 64GB and 128GB models. Looking at the angles in these pictures, its tough to tell if the device has a camera sticking out like the Galaxy S6 did.

The Galaxy Note line is normally where we see new tech from Samsung, and new build materials. It looks like Samsung is sticking to the design language from the Galaxy S6. That's not a bad thing in our opinion, but a bit interesting. 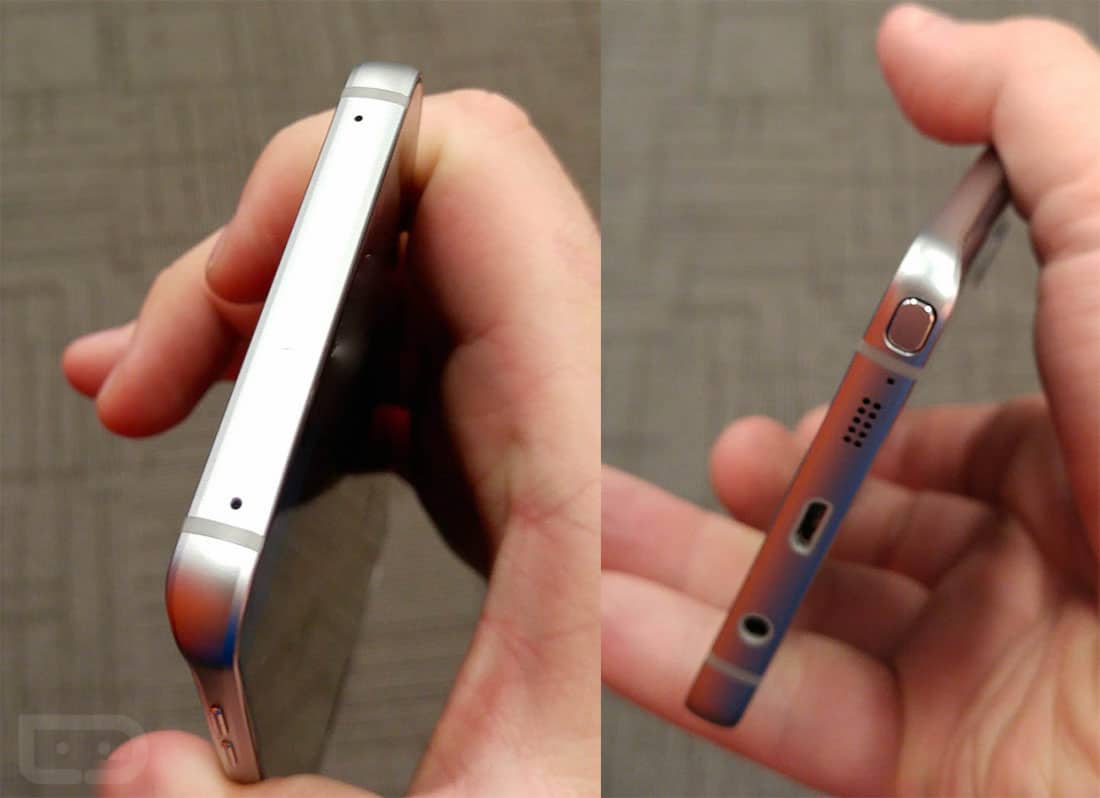