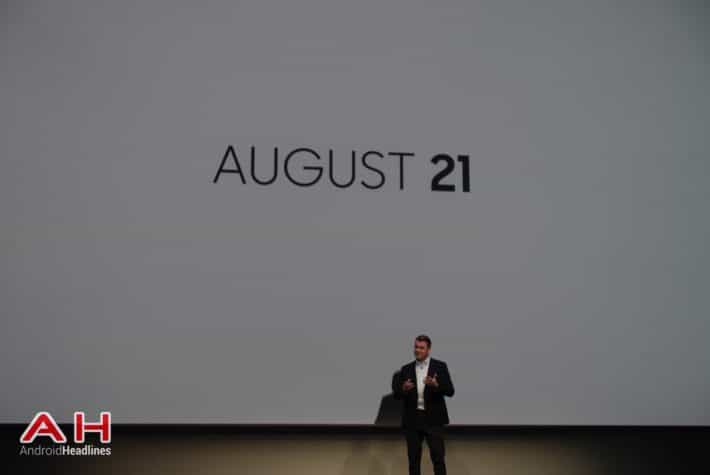 After what has seemed like an endless run of teasers, and speculation, Samsung has finally unveiled their latest flagship devices, the Samsung Galaxy Note 5 and Galaxy S6 Edge+. Both devices were formally and officially introduced at Samsung's Unpacked event in New York City. Most of the specs that had been previously rumored are now confirmed and following which, Samsung has also now confirmed when you will be able to pick up both devices.

As to be expected, demand for these two devices is likely to be high and while the wait goes on for carriers to confirm their specific availability, Samsung has now confirmed that both the Galaxy Note 5 and Galaxy S6 Edge+ will be available to buy starting August 21st. For those who cannot wait to check out the devices, Samsung has also confirmed that both will be in stores for customers to check out starting from tomorrow. For those who cannot wait to order, Samsung has announced that pre-orders for both devices will begin starting today from 3pm in the U.S. and Canada.

As a quick recap, the Galaxy Note 5 is equipped with a 5.7-inch Quad HD Super AMOLED display. Inside, the Galaxy Note 5 is loaded with 4GB RAM and powered by Samsung's Exynos 7422 octa-core processor. The Note 5 will be available in either a 32GB or 64GB internal storage option, with unfortunately, no room for expansion. Additionally, the battery on the Note 5 is only 3,000 mAh (compared to the 3200 mAh battery on the Note 4), however, it does come with fast charge and wireless charging features. In terms of the the Galaxy S6 Edge+, this one also comes sporting a 5.7-inch Quad HD (2560 x 1440 resolution) Super AMOLED display. Inside, the Galaxy S6 Edge+ comes equipped with 4GB RAM and powered by Samsung's Exynos 7422 processor. The device will be also available in 32GB and 64GB storage models and also does not come equipped with a microSD card slot. A 3,00mAh battery is again powering everything, with fast charge and wireless charging and the device comes running on Android 5.1.1 out of the box. Both devices come with a 16MP rear camera and a 5MP front camera.