Skip to content
Trusted By Millions
Independent, Expert Android News You Can Trust, Since 2010
Publishing More Android Than Anyone Else
9
Today
113
This Week
113
This Month
6850
This Year
124367
All Time 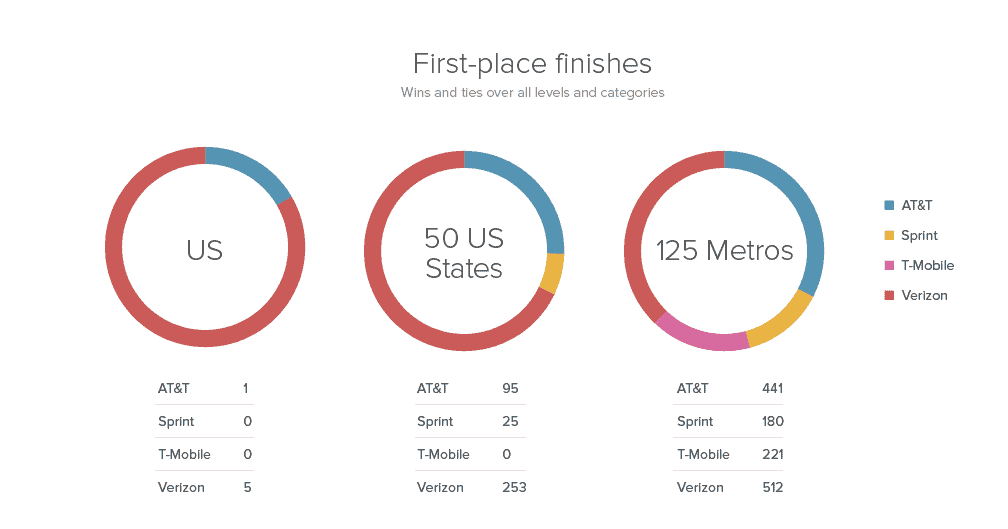 Each year, and sometimes a few times of year, RootMetrics puts out reports on all four of the US carriers. Basically it shows us unbiased reports of how carriers are doing in different regions, states as well as nationally. This report is a pretty big eye opener, although the results aren’t really that surprising. It shows that Verizon has won just about every category. Again, not that surprising. Verizon has coverage everywhere, literally. However, AT&T did win overall for text performance.

As far as the 50 states go, T-Mobile won zero awards. Verizon came in first with 253 awards, AT&T second with 95 and Sprint third with 25 awards. However when we get to the 125 metro areas, things change a bit. Verizon is still top dog with 512 awards, AT&T second at 441 awards, T-Mobile comes in third with 221 and Sprint last with 180 awards. So as you can see, T-Mobile is great in metro areas. In fact, they even beat out Sprint. But when it comes to the rural areas, that’s where Magenta continues to struggle, unfortunately.

The scores for overall performance bring Verizon the top award at 94.5, with AT&T closely behind at 91.8, followed by Sprint with 87.5 and T-Mobile at 82.0. The gap is getting smaller between all four carriers, and much smaller between the top two. Which is nothing but great news for customers. With the carriers getting coverage to be closer and closer to each other. It means customers can then choose a carrier based on price and not just coverage. Both T-Mobile and Sprint have been working hard to improve their network, and it shows. However, it doesn’t really look like it’s been improved all that much based on these numbers.

You can check out the full report from RootMetrics in the source link down below. It’s definitely an interesting report, especially if you’re looking to jump to another carrier. It’s always important to check the coverage first. To be sure you can actually use your phone where you live and work. Last thing you’d want to do is to get a new phone and not be able to use it where you live and work. 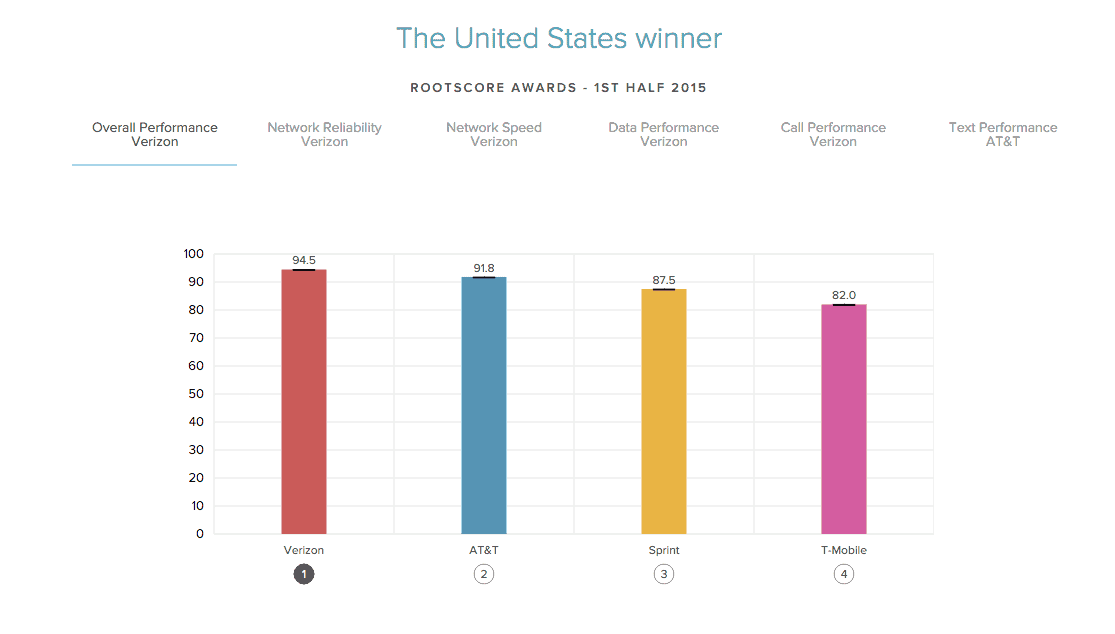 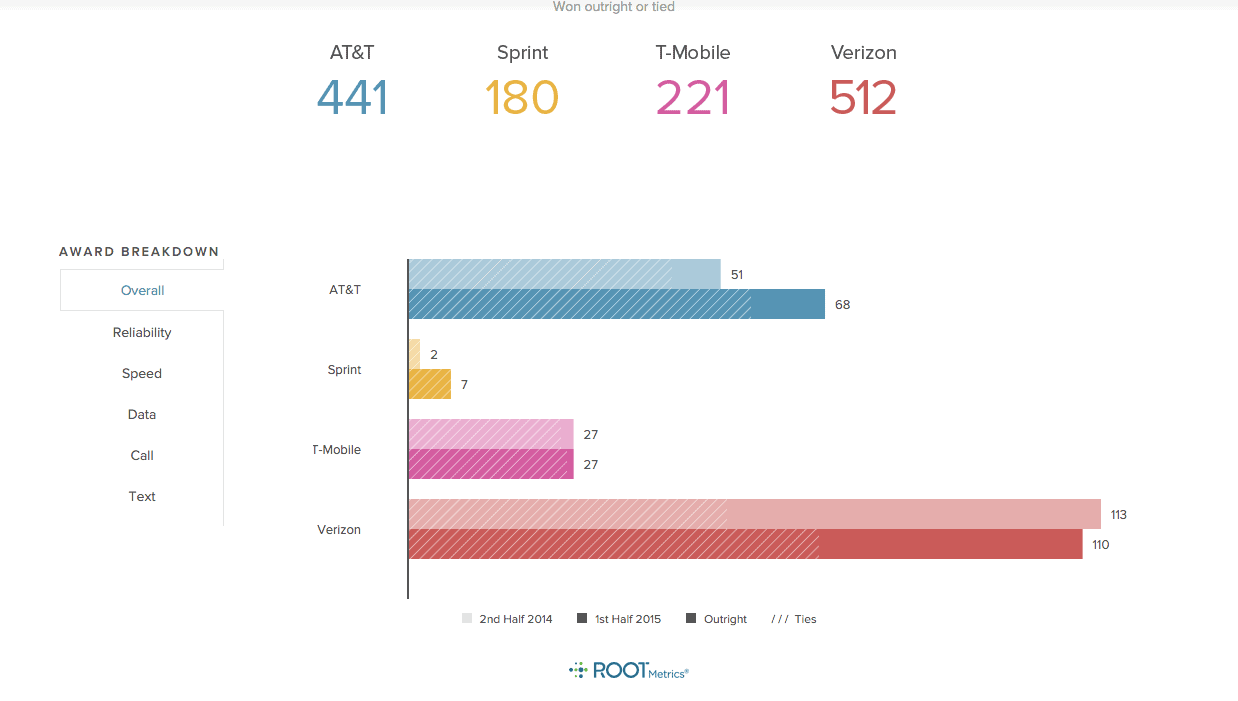 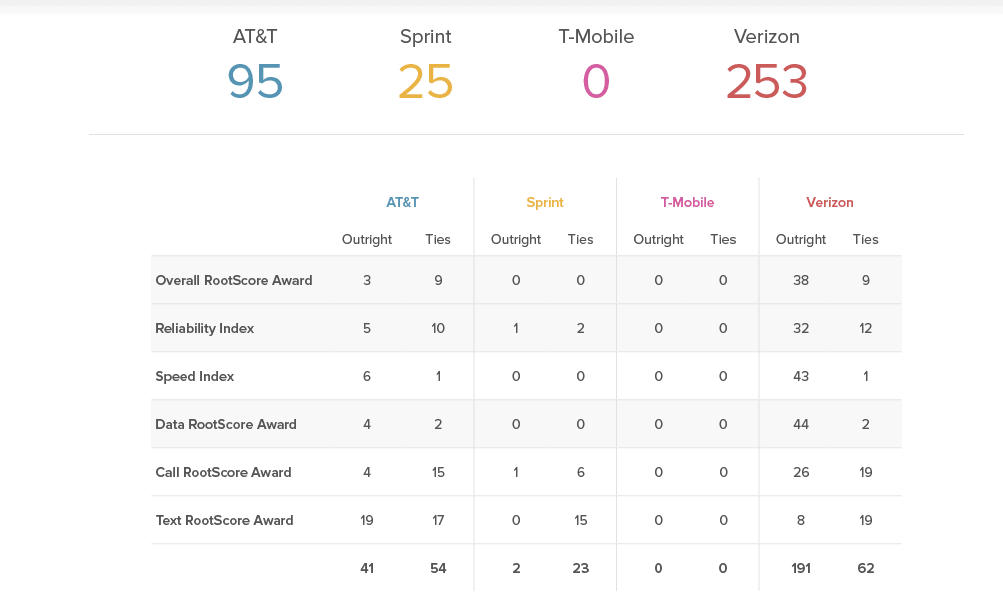