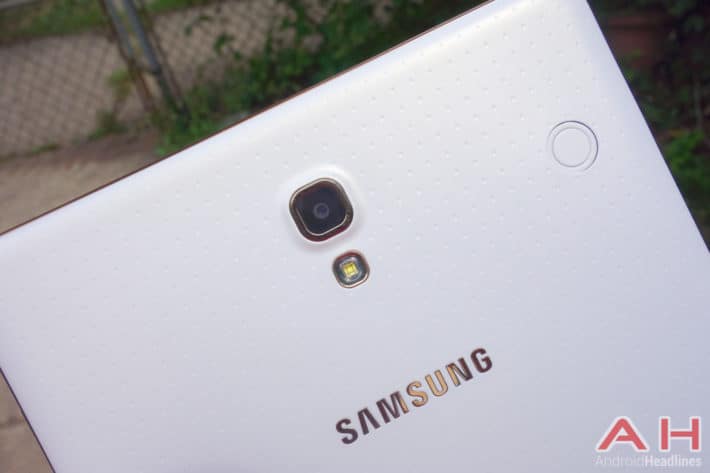 Samsung is currently the number one smartphone OEM in the world. This Korea-based company has announced a number of smart devices this year, including smartphones, tablet, and other smart gadgets. Samsung has recently showcased their Galaxy Note 5 and Galaxy S6 Edge+ phablets, and earlier this year they've released the Galaxy S6 and Galaxy S6 Edge smartphones. That being said, Samsung has also unveiled some tablets this year, as we've already mentioned. The latest premium Samsung-branded tablets were the Galaxy Tab S 8.0 and 9.7, devices which were announced back in July but are still not available for purchase (will be next month probably).

That being said, it seems like Samsung is looking to up their tablet game soon. According to a report from SamMobile, Samsung is currently developing a gigantic tablet. The report states that Samsung is working on a tablet with an 18.4-inch display. Samsung wants consumers to use this thing in their living rooms, schools, waiting rooms, etc. Now, the source has also provided some additional info when it comes to this tablet, including its model number and specifications, read on.

This tablet is reportedly codenamed 'Tahoe' and its model name is SM-T760. The 18.4-inch display will sport 1080p (1920 x 1080) resolution, and we're allegedly looking at a TFT LCD display here. The device will be powered by Samsung's Exynos 7580 64-bit octa-core SoC clocked at 1.6GHz, and you can also expect it to feature 2GB of RAM and 32GB of internal storage (expandable via microSD card up to 128GB). The 5,700mAh battery is said to power this monstrosity, and an 8-megapixel camera will be located on the back of this thing. The 2.1-megapixel snapper will be available up front, and the device will measure 451.8 x 275.8 x 11.9mm.

There you have it, it seems like Samsung is planning to release a truly huge tablet this time around. Unfortunately, we still don't have any info regarding the price or release date of this device, but as soon as some additional info surfaces, you'll be the first to know, so stay tuned.