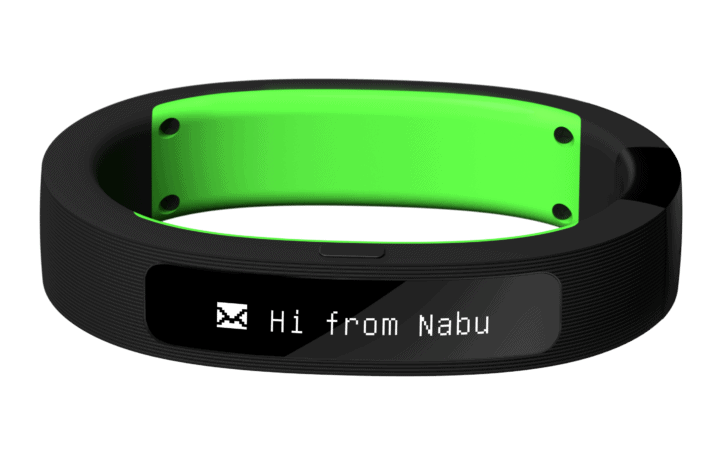 Razer has announced that its Nabu smart wristband will relaunch on the 15th of September, when it will be available for pre-order at $99.99. The shipments for the same will commence the following month on October 15th, according to the company. The band was originally announced at the CES 2014 event in Las Vegas, and created a lot of interest among delegates on its announcement. So much so that it won a Best of CES – Peoples' Choice award at the event. The device was supposed to have been launched commercially last year itself. However, after facing a number of delays along the way, the company eventually rolled out a limited number of units in November, before mixed reviews forced the hands of the company to stop the product's distribution and undertake some design changes, which include putting the main controller button on top of the wristband (like the crown on a wristwatch), and also putting a magnetic clasp as a way of securing the device on the wrist. Razer will make available an updated app which will allow the device to sync with Android smartphones and offer a number of fitness-related notifications.

Razer is a company best known for its singular focus on making products and accessories for gamers. The American company is based out of San Diego, California, and was co-founded back in 1998 by Min-Liang Tan and Robert Krakoff. With the smart wearable segment attracting so much attention of late from device manufacturers as well as venture capitalists, Razer decided a couple of years back that it would be a good idea to throw its hat in the ring by coming out with a fitness smartband, dubbed the Nabu.

For the uninitiated, the Razer Nabu is a fitness and sleep tracker that delivers notifications from smartphones and displays information on the number of steps taken, the number of hours slept, etc. The device also has the capability to communicate with other Nabu smart wristbands in the vicinity. The band includes a small OLED screen and comes with sensors like 3-axis accelerometer and pedometer. At this year's CES event, the company also announced a much cheaper version of the device called the Nabu X, which comes with three LED notification lights in lieu of the OLED display and is priced at $49.99.