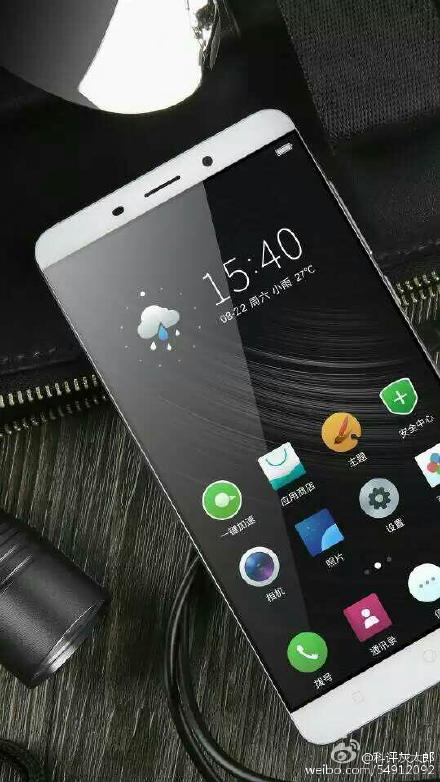 You've probably heard of Coolpad and / or Qihoo 360, two China-based companies which are actually quite successful in their homeland. Chances are you've heard of Coolpad because of their smartphones / tablets which are available in certain areas, while Qihoo 360 is best-known in Asia, other areas quite probably don't know much about the company. Well, these two companies have joined forces and formed a new smartphone OEM called 'QiKU' earlier this year. It was said that this company is working on their first smartphone for a while now, and we've even some leaked renders of the device as well.

That being said, the first real life images of the device have surfaced today. If you take a look at the gallery down below, you'll get to see QiKU's flagship in its full glory. The device actually looks like a cross-over between Huawei's and Letv's offerings, which is not exactly a bad thing. This smartphone actually looks quite sleek in these images, but it remains to be seen if this is the real deal. Considering that the phone is arriving tomorrow, and that these images actually go hand-in-hand with previous leaks, chances are they're accurate. Now, what specs will this thing sport? Well, let's see.

According to a previously leaked AnTuTu listing of the device, this thing will feature a 5.5-inch 1080p (1920 x 1080) display, 3GB of RAM and 32GB of internal storage. The 13-megapixel camera is said to be located on the back of this thing, and you'll be able to find a 5-megapixel shooter up front. Qualcomm's Snapdragon 808 64-bit hexa-core SoC will power this thing, and QiKU's custom UI will run on top of Android 5.1.1 Lollipop. Keep in mind that the lower-end variant of this smartphone has also been mentioned in leaks, a variant which will be fueled by MediaTek's MT6753 64-bit octa-core SoC along with 2GB of RAM. 16GB of internal storage was also mentioned, and same can be said about the 13 and 5-megapixel cameras, and the 5.5-inch display. Both of these device variants will also ship with a fingerprint scanner, at least according to leaks. Either way, stay tuned, the QiKU branded device(s) is arriving tomorrow.