Do we have a good one for you today – the HTC One M9 all-metal smartphone goes up against the new OnePlus 2 from the small upstart company from China called OnePlus.  This is only their second device, and hopefully, it will get off to a better start than the OnePlus One did a year ago.  Both devices are impeccably built – in fact, sometimes it seems that both HTC and OnePlus are more concerned about quality than they are about specifications.  Surprisingly these two devices have a few commonalities that we will first discuss and after that we will look a little deeper into each device on our quest to find the winner.

The HTC One M9 and OnePlus 2 share the LCD display technology and the Full HD resolution of 1920 x 1080 pixels.  The both use the same processor – the 64-bit Qualcomm Snapdragon 810 octa-core processor with 3GB of RAM in the base OnePlus One variant.  They both share most of the usual suspects – Wi-Fi, Bluetooth 4.1, GPS and a microUSB port (2.0 on the One M9 and Type-C on the OnePlus One) and each has a non-removable battery. 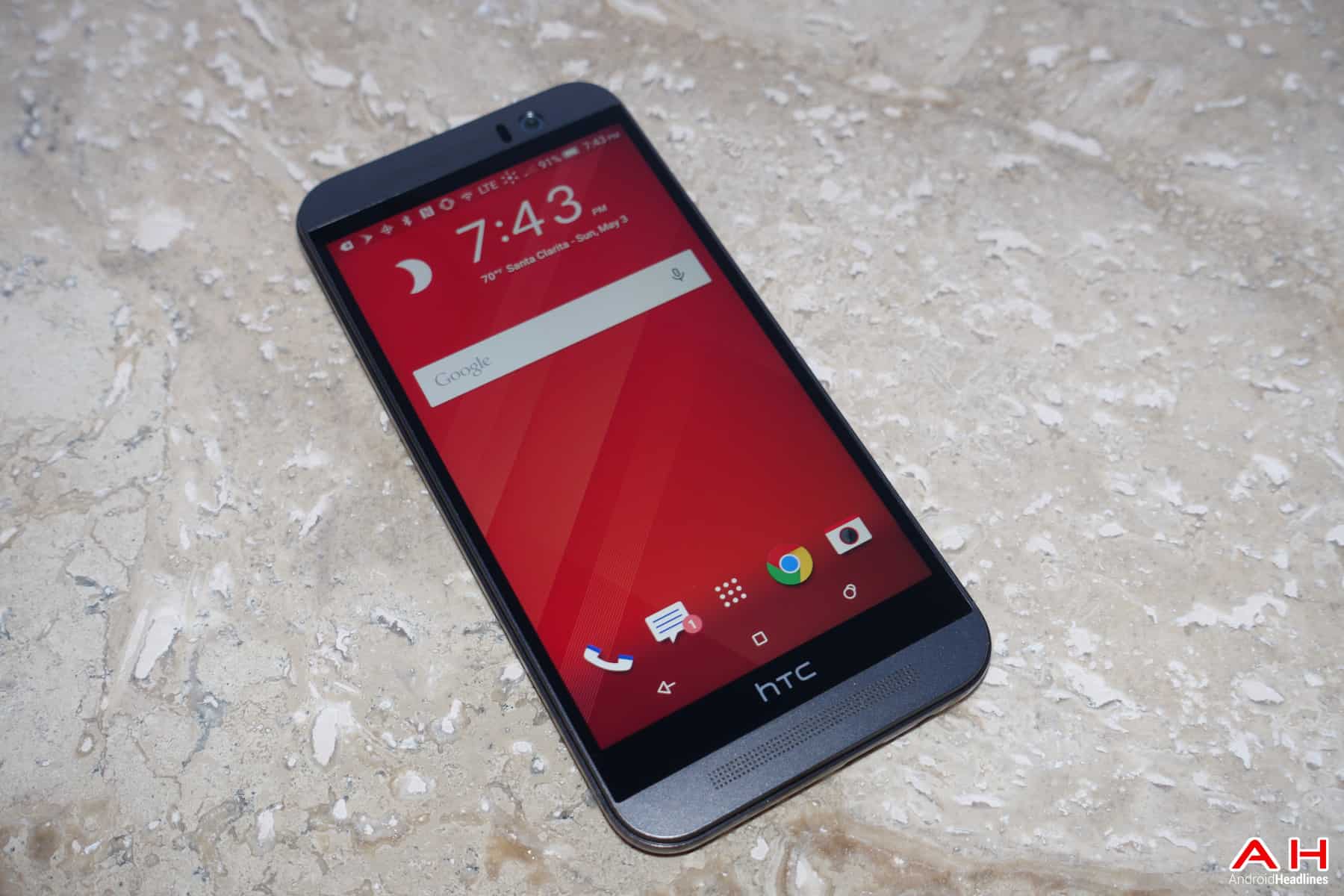 HTC set a trend of an all-metal design with the original One M7, stirred up praise from the critics, and created a loyal following.  However, when it comes to the HTC One M9, critics are still waiting for the next best thing.  This year HTC did not make many changes in the design of the case, but did include a subtle redesign around the sides of the body and added a small lip to provide better gripping.  It retains a nicely curved backing making it a joy to hold.  This year the criticisms directed at HTC is for not doing enough changes…but why change one of the nicest looking smartphones on the market?

The HTC One M9 sports a 5-inch Full HD Super LCD3 display with a resolution of 1920 x 1080 pixels and 441 pixels-per-inch (PPI) – the OnePlus 2 has the same FHD with 401 PPI due to its 5.5-inch size.  HTC selected the 64-bit octa-core Qualcomm Snapdragon 810 processor with four cores clocked at 1.5GHZ and four cores clocked at 2.0GHz to power their flagship.  The OnePlus 2 also chose the Snapdragon 810, but under clocked it to 1.56GHz and 1.8GHz to prevent any overheating issues.  The One M9 packs 3GB of RAM with 32GB of storage and has a microSD card for additional storage up to 128GB.  The OnePlus 2 offers a 3GB/16GB model and a 4GB/64GB variant with no room to expand the internal storage, although OnePlus 2 has already stated that only the 4GB/64GB model will be available for a while.

HTC has been playing with the camera on the One series since the M7 model and cannot seem to make up its mind exactly what to do and have changed the configuration each year.  For the One M9 they made another big change, and while they succeeded in making it better, it still does not include OIS.  HTC took the old 4MP UltraPixel camera and moved it around to the front, which should provide great selfies and video chatting while allowing you to take good low-light pictures.  HTC replaced the main camera with a 20MP sensor with autofocus and a dual-tone LED flash.  This compares to the 13MP main camera on the OnePlus 2, along with a large 5MP FFC.  The One M9 uses a non-removable 2840mAh battery, which is much smaller than the 3300mAh non-removable battery in the OnePlus 2.  The One M9 does support Quick Charge 2.0 thanks to its Qualcomm processor.

The HTC One M9 retains the dual front-facing stereo speakers with BoomSound, a built-in IR Blaster, NFC capable, stereo FM radio and comes in Gunmetal Gray, Amber Gold, Silver/Rose Gold and Gold/Pink.  It is running Android 5.1 Lollipop and pricing is around $199 on a two-year contract and $600 off contract. 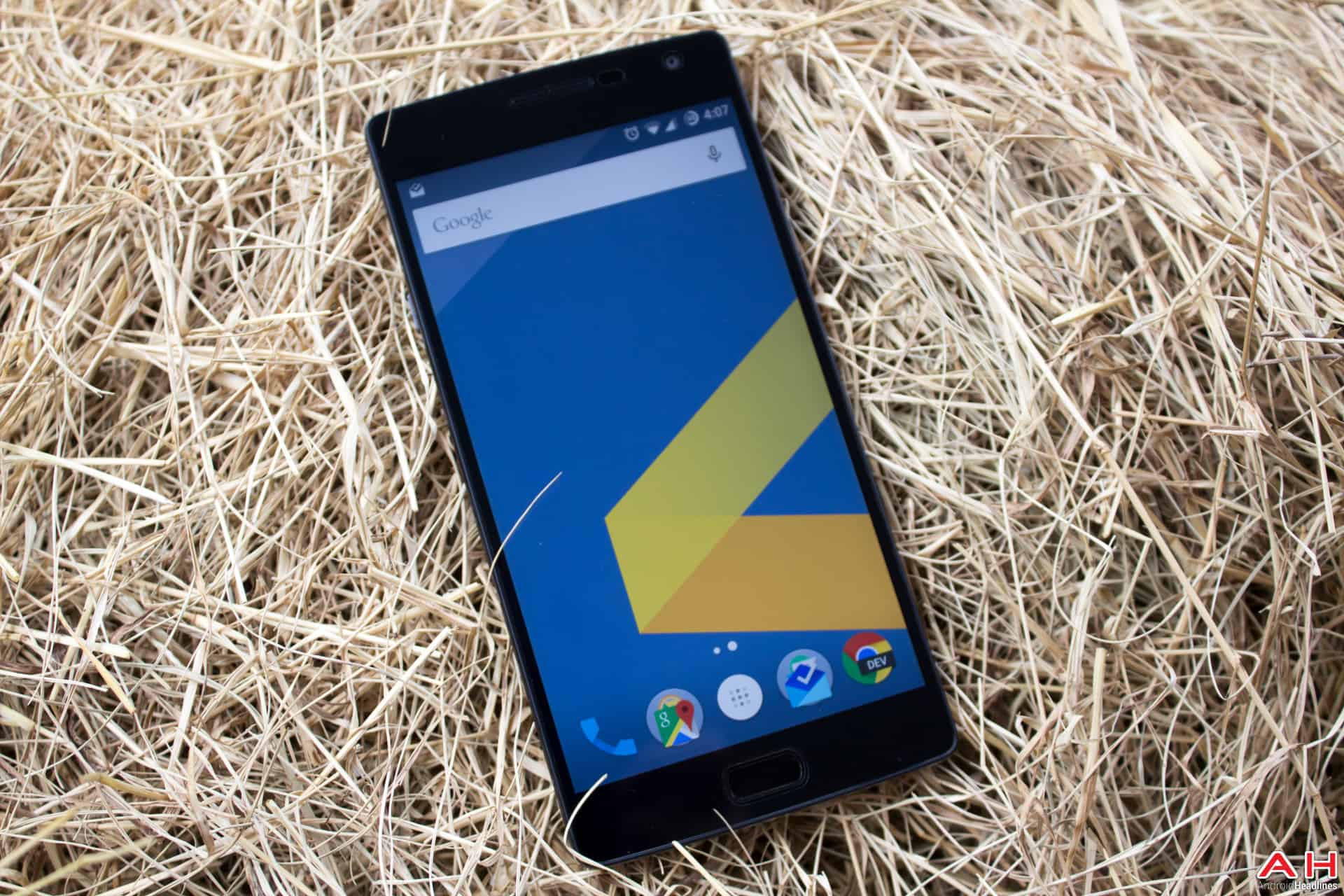 The new OnePlus 2 is OnePlus’ follow up from their first smartphone, the OnePlus One.  This up and coming Chinese company builds a quality smartphone – we saw that with their OnePlus One and is even more evident in the OnePlus 2 with its solid metal frame and trim.  However, it is difficult to build a flagship device with a low price without cutting some corners.  OnePlus carried over the same FHD display, the same size camera then added 1GB of RAM and increased the battery from 3100mAh to 3300mAh.  OnePlus added a fingerprint sensor, but took away the NFC capability, which was included on the original OnePlus One.  What this means is that the fingerprint sensor can unlock the phone, but nothing else…no Android Pay, no mobile purchases at all and not a wise move on OnePlus’ part.

The OnePlus 2 sports a 5.5-inch LTPS LCD FHD display with a resolution of 1920 x 1080 pixels and 401 PPI versus the LCD FHD 5-inch display on the One M9 with 441 PPI.  OnePlus tapped Qualcomm for the 64-bit Snapdragon 810 octa-core processor and to keep it cool, they underclocked it to 1.56GHz and 1.82GHz.  This goes up against the same processor in the One M9.  The OnePlus 2 has two options when it comes to RAM/Storage – 3GB/16GB or 4GB/64GB – although, according to OnePlus, the 4GB/64GB is the only one available at the time of its launch and there is no expansion.  The One M9 packs 3GB of RAM with 32GB with room for expansion via a microSD card slot.

The camera in the OnePlus 2 retains the same 13MP sensor as the OnePlus One, but they improved it by adding larger pixels, laser autofocus, a dual-LED flash and OIS.  This goes up against the 20MP, autofocus and dual-tone flash on the One M9.  For the FFC, OnePlus included a large 5MP camera for selfies or video chatting, whereas the One M9 uses one of their 4MP UltraPixel lens for its FFC.  The OnePlus 2 increased the non-removable battery size from 3000mAh to 3300mAh and it goes up against the small, non-removable 2840mAh battery in the One M9, which has Quick Charge 2.0 thanks to its Qualcomm build. 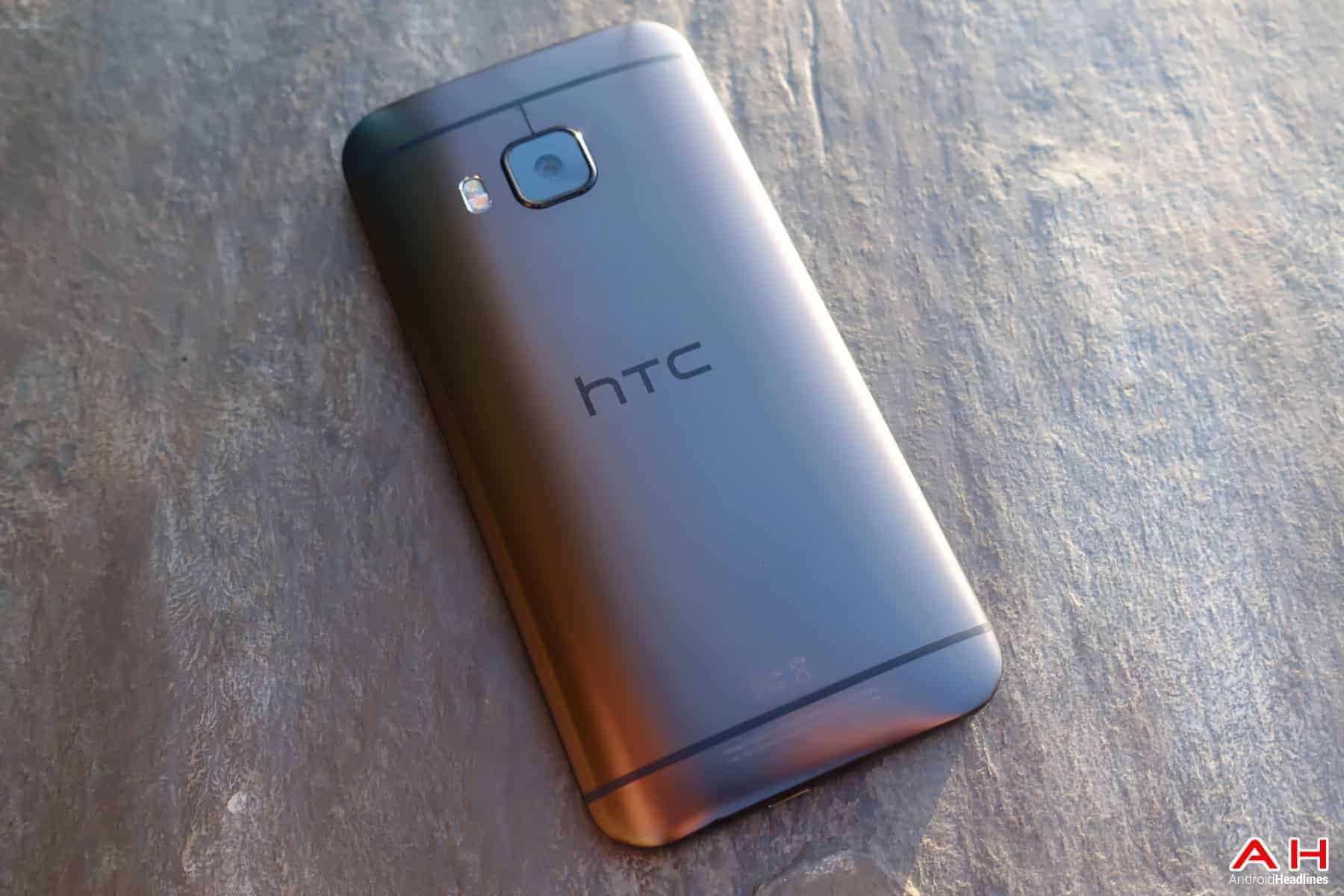 This was a slightly tough one because these two ‘flagship’ devices do not always act like a flagship – oh yes, they both have a solid and beautiful build to them, but they both still use last year’s Full HD technology when the other flagships are turning to the newer Quad HD display.  The OnePlus 2 calls itself the “flagship killer,” puts in a fingerprint sensor, yet doesn’t even have NFC capability for one of the most relevant progressions into mobile payments, especially with Android Pay coming out…why put in a fingerprint scanner simply to unlock your device?

They both have great internal sound parts and pieces, but the dual front-facing speakers on the One M9 with BoomSound offer better sound than the bottom facing speakers on the OnePlus 2 – now plugging in a headset is a different matter.  OnePlus did strengthen the camera area with larger pixels, OIS and laser autofocus and they include a nice sized 3300mAh battery.

If it sounds like I find more improvements on the OnePlus 2, it is probably because I do. However, I cannot get past the no NFC, but then the One M9 still does not have a fingerprint sensor.  The fact that you are restricted to AT&T and T-Mobile with the OnePlus 2 also bothers me.  These two phones are good and bad, depending where you look.

After all of that chatter, I am choosing the HTC One M9 as the winner of this comparison, if only because of familiarity.  It has a great design, fantastic sound, the price has been lowered since it has been out a while, you can make mobile payments and it works on all networks.  If you are on AT&T or T-Mobile and do not plan on using mobile payments, then the OnePlus 2 would be an excellent buy.