Do we have a good one for you today – the powerful and reasonably priced ASUS ZenFone 2 takes on the new Motorola Moto X Pure Edition…it too is a flagship device hiding behind a midrange price.  The ZenFone 2 we are looking at is the most powerful one they offer with 4GB of RAM and 64GB of internal memory.  It will be interesting to see just how these two flagships stand up to one another – does the new Moto X have what it takes to stand up to the ZenFone 2?  Let’s read further to see just how these two powerhouses stack up.

Even though they are built across the ocean from each other, these two smartphones have a few things in common…starting with the physical size…they are almost the same size and weight.  The displays are only .2-inch different with the Moto X coming out on top at 5.7-inch.  They both come with an option of 16GB, 32GB or 64GB of internal memory and they both have a microSD card slot to expand their memory.  The ZenFone 2 and Moto X both have a 5MP front-facing camera and the both use a 3000mAh non-removable battery.

They both have the usual suspects – Wi-Fi, Bluetooth (ZenFone 2 has 4.0 and the Moto X has 4.1), GPS, NFC, a microUSB 2.0 and both offer fast charging options for their batteries. 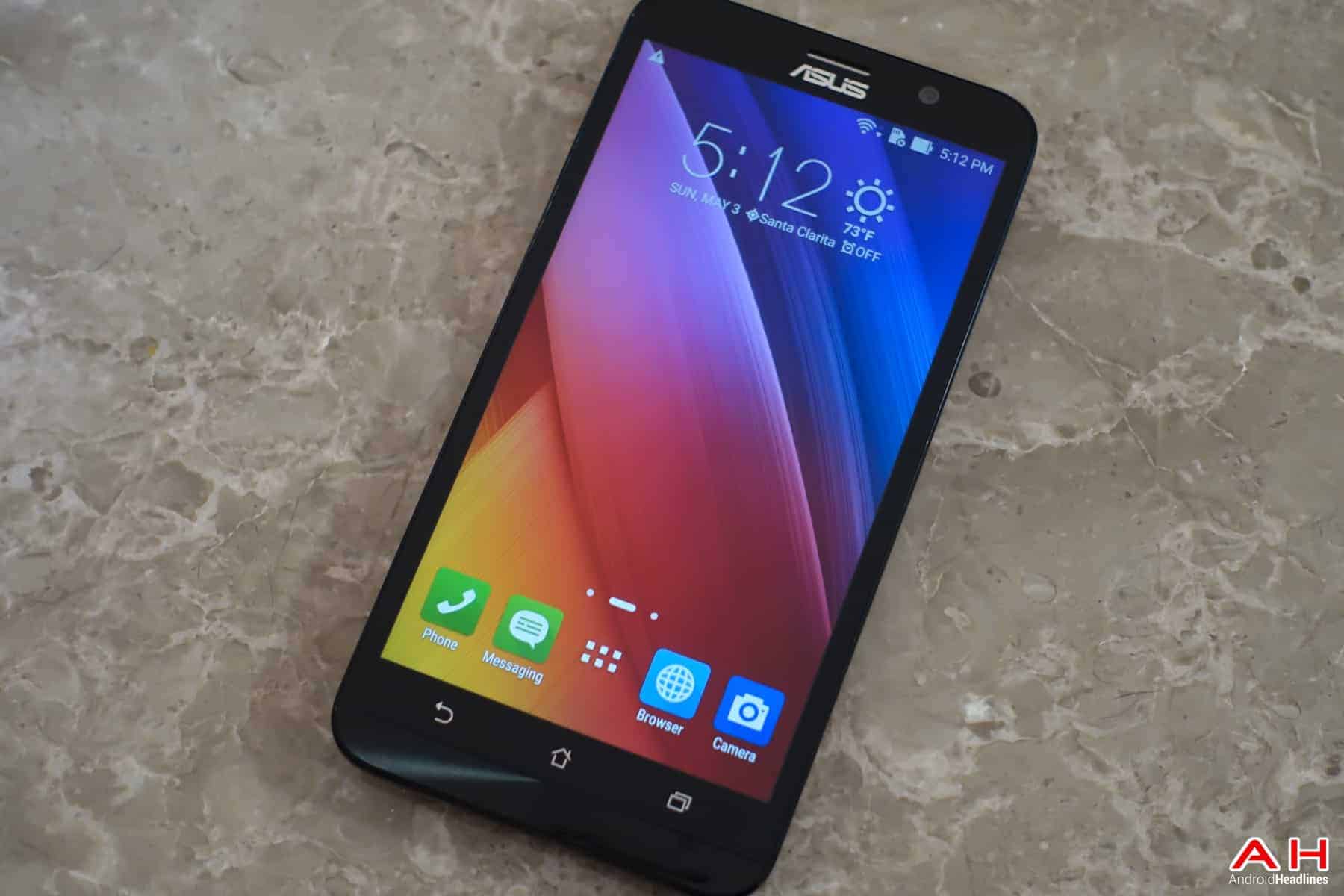 More and more devices are starting to pull an LG G3 – using a plastic body with a brushed metallic-like finish, giving it a deceptively expensive look.  We are not saying that the ASUS ZenFone 2 feels cheap, on the contrary, it has a solid feel.  Also stolen from LG is the placement of rocker switch for the volume on the back of the device, however, ASUS placed the on/off button on the top of the device.  The sides are nicely rounded, making the ZenFone 2 a pleasure to hold.  The Moto X’s the all-metal frame and customizable trim and back give it a solid build and personalized look.

The ASUS ZenFone 2 sports a 5.5-inch IPS LCD Full HD display with a resolution of 1920 x 1080 pixels and 403 pixels-per-inch (PPI.)  This just cannot touch the 520 PPI on the 5.7-inch QHD display of the Moto X.  The ZenFone 2 model we are looking at uses a 64-bit Intel Atom Z3580 quad-core processor clocked at 2.3GHz and connects to 4GB of RAM and 64GB of internal memory, although it does offer another 64GB of expansion by way of a microSD card.  This compares to the Moto X’s 64-bit Snapdragon 808 hexa-core processor, 3GB of RAM and either 16GB, 32GB or 64GB of onboard storage, as well as the ability for expansion.

The main camera on the ZenFone 2 is packing a 13MP sensor, autofocus and a dual-tone LED flash, but no OIS.  This camera certainly supplies some decent photos, however it is no match for the 21MP camera and many features found on the Moto X.  The ZenFone 2 comes with a large 5MP FFC, as does the Moto X, for social selfies and video chatting.  Even though the back easily comes off the ZenFone 2, both devices use a non-removable 3000mAh battery.

This Dual-SIM device is running Android 5.0 Lollipop along with its ZenUI Skin overlay and sports a FM radio and Fast Charging – 60-percentage in 40 minutes.  It should eventually be available in Osmium Black, Sheer Gold, Glacier Gray, Glamor Red and Ceramic White.  You can also find the ASUS ZenFone 2 (ZE551ML) with 4GB of RAM and 64GB of memory on Amazon for only $299. 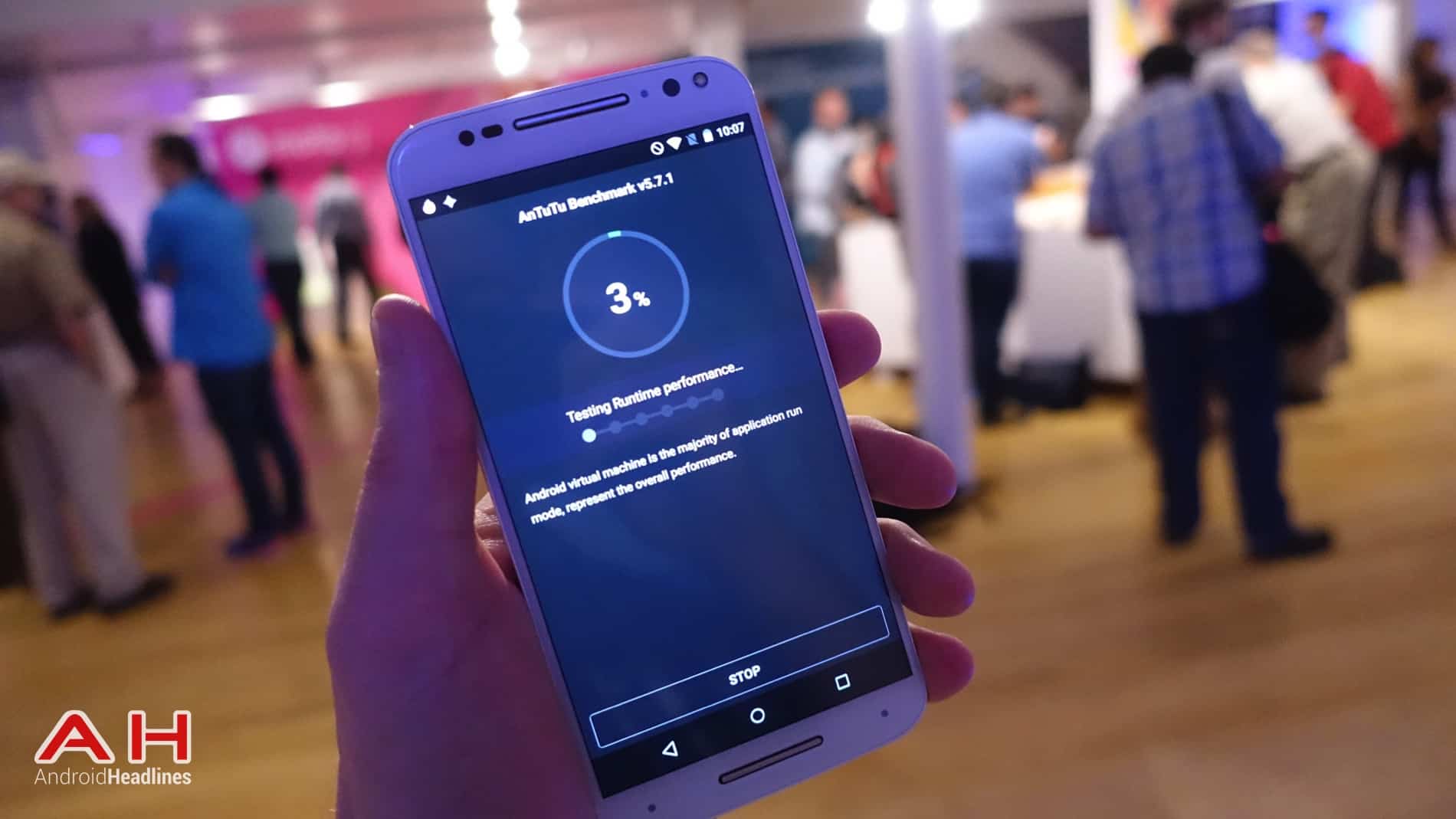 Motorola has redefined their flagship device for 2015 with improvements in every area of the design.  They found the need to call the US version, the Moto X Pure Edition and the global version the Moto X Style.  There are many ways to customize and personalize the look of the new Moto X – colored backings, casings and even the wood backings.  To top it all off, you can still use Moto Maker to further customize the look.  It is a larger device, and retains the full-metal frame and curved backing making it comfortable to hold.

For the Moto X, Motorola abandoned the AMOLED display and went with the IPS LCD technology.  It is 5.7-inches with a QHD resolution of 2560 x 1440 pixels and 520 PPI, while the ZenFone 2 uses the FHD display technology in a 5.5-inch display with 403 PPI.  Motorola went back to Qualcomm and put in their 64-bit Snapdragon 808 hexa-core processor with one quad-core clocked at 1.44GHz and the other dual-core clocked at 1.8GHz.  This compares to the Intel Atom Z3580 quad-core processor clocked at 2.3GHz used in the ZenFone 2.  The Moto X comes with 3GB of RAM and either 16GB/32GB/64GB of internal memory with a microSD card slot to expand.  The ZenFone 2 has 4GB of RAM, 64GB of internal storage and room to expand.

Motorola smartphones are not known for their camera abilities, but they went all out on the new Moto X by using a 21MP Sony sensor.  The camera is complete with quick, phase detection autofocus, dual-tone LED flash and uses an f/2.0 aperture.  The Moto X even includes a 5MP FFC with an f/2.0 aperture and a wide-angle lens for great selfies and video chatting.  This goes up against a 13MP main camera and a 5MP FFC on the ZenFone 2.  The Moto X and the ZenFone 2 each come with a large 3000mAh non-removable battery.  The Moto X can use Motorola’s Turbo Charger for a very quick charge.

The Moto X Pure Edition includes front-facing stereo speakers with Smartboost for a great new sound…possibly Motorola’s answer to HTC’s ‘BoomSound?’  Motorola also includes an IP52 certification against water in the Moto X.  The Pure Edition is a device that is unlocked and can be used on all major networks – they call this “carrier freedom.” It uses almost the pure Android experience – currently 5.1.1 Lollipop – and getting the fastest updates outside of Nexus devices.  Motorola has given it a starting price of $399.99 and it will be available this fall. 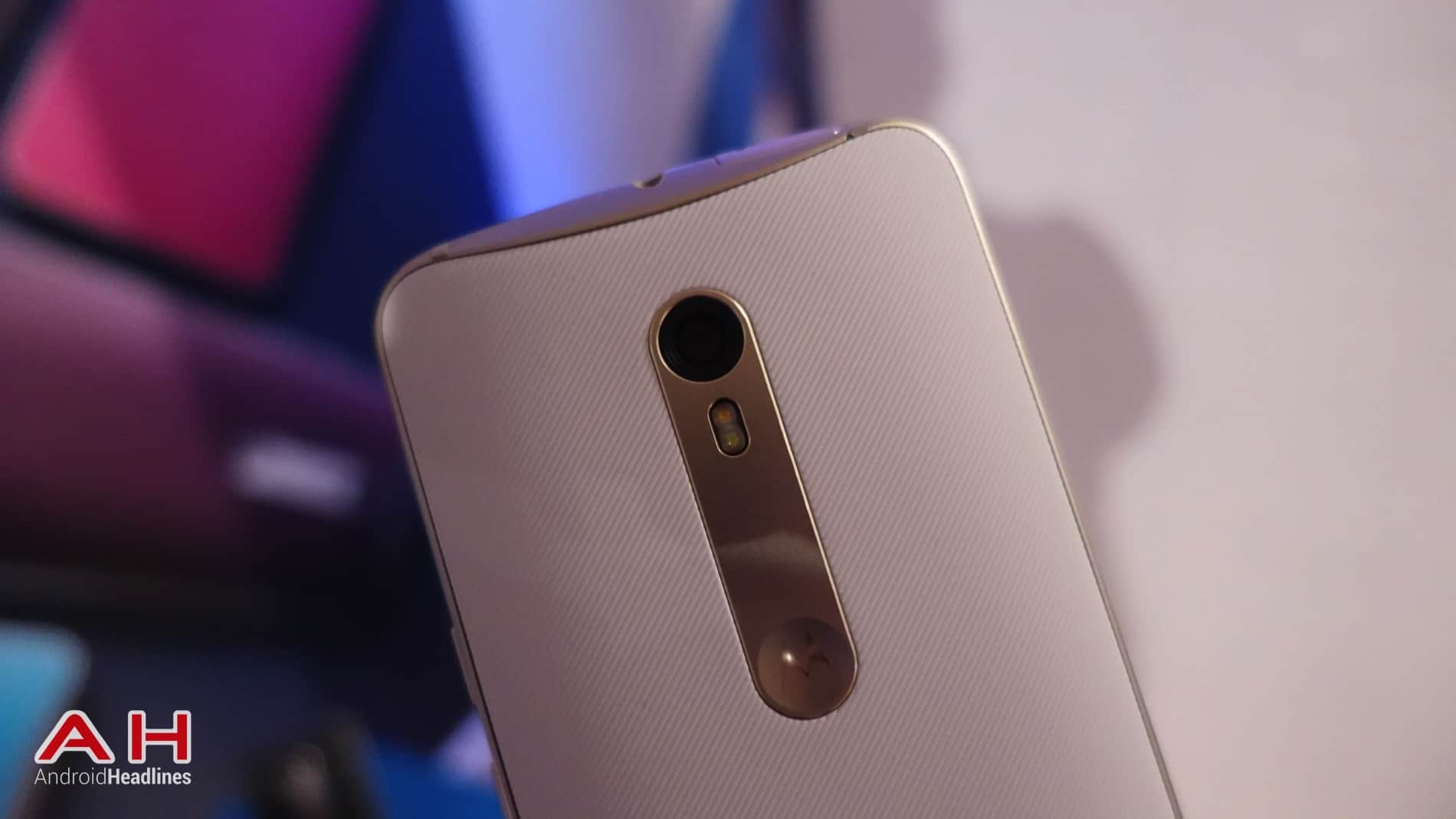 The ASUS ZenFone 2 coming in at only $299 is tough to beat, but with I am picking the new Moto X at only $399 as the winner of this comparison.  For that extra $100 the Moto X gives you a QHD display, 64-bit hexa-core processor, a 21MP main camera, waterproofing, dual front-facing stereo speakers with Smartboost and the power of the Motorola Turbo Charger.  It is unlocked and can be used on all major US networks.

The ASUS is a great device and even better value, but this is a comparison of specs – the ZenFone has 1GB more RAM than the Moto X, but that is about it…oh, it does have an FM stereo radio, but when you look at the other areas, the Moto X wins out.  Their processors are probably about equal – Intel Atom quad-core versus Snapdragon 808 hexa-core processor.  From there on, the Moto X dominates the extras and with the prices so close, the Moto X is the winner for me.