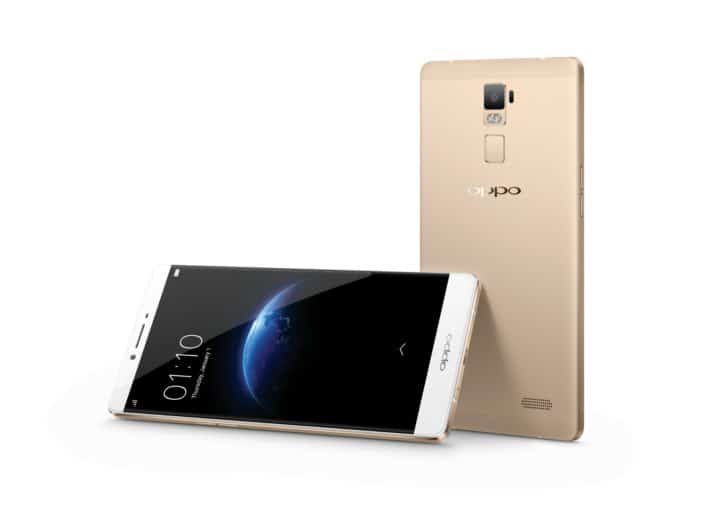 Oppo has announced two very interesting smartphones back in May, the Oppo R7 and R7 Plus. These two devices were rumored for quite some time before the company actually announced them. The two devices launched alongside the new version of ColorOS, Oppo's Android-based skin. These two smartphones belong in the high mid-range category, if that makes any sense at all. They're both very well-equipped smartphones, but they're powered by mid-range SoC's. Anyhow, these two devices have had limited availability since they launched, as they were available in China only. That being said, Oppo has just announced the higher-end of these two devices is rolling out to some additional markets soon, read on.

This Chinese smartphone OEM has announced that their Oppo R7 Plus device has launched in Southeast Asian markets on August 18th. The device was available in China for quite some time now, and it seems like Oppo has finally broadened its availability, at least to some extent. The company did not say if they intend to launch this thing to some additional markets in the future, but we'll see. Anyhow, the Oppo R7 Plus is a 6-inch phablet which ships with a 1080p (1920 x 1080) AMOLED display, along with 3GB of RAM and 32GB of internal storage. The device is powered by a 64-bit octa-core SoC, this variant is quite probably rockin' Qualcomm's Snapdragon 615 SoC on the inside, though MediaTek's MT6795M processor is also a possibility here. The 13-megapixel camera is located on the back of this thing, along with a dual-LED flash and the Laser Autofocus. The 8-megapixel snapper is available on the front side of this phone, and a 4,100mAh battery will juice up the device while you're using it. Oppo R7 Plus also comes equipped with Oppo's well-known VOOC fast charging which can get you from 0 to 75% of battery in only 30 minutes. Oppo R7 Plus ships with ColorOS 2.1 UI on top of Android and also offers the rear-facing fingerprint scanner.

The Oppo R7 Plus is made out of metal and has an 80% scree-to-body ratio, while it is also compatible with 4G LTE networks. The Oppo R7 Plus measures 158 x 82 x 7.8mm, while it weighs 192 grams. There you have it. Oppo did not release any pricing info at this moment, and we still don't know which markets do Oppo target next, but we'll let you know if anything new pops up.