A while back Google announced Project Tango, a project that was designed to create both hardware and software for cameras that could capture depth. Along with the announcement of Project Tango, Google released a reference device that was a 7-inch Android tablet with a depth-sensing camera built into the back. You can still purchase this device from the Google Store for just over $500 if you so desire, but what developers have really been wanting is a Project Tango smartphone. Google and Qualcomm did technically create a Project Tango smartphone, but it seemed like there was only a handful of them made and nobody could actually get their hands on one. Thankfully, it looks as though the wait for a Project Tango smartphone may finally be over.

Today Intel held their developer forum event and they showed off something pretty amazing. Intel showcased a 6-inch Project Tango smartphone that has a handful of depth sensing cameras built into its back. The device was created in collaboration with Google, utilizing Intel’s very own RealSense 3D camera technology. This is the same technology that Intel used in the Dell Venue 8 7000 tablet, released earlier this year.

This new 6-inch Project Tango device is obviously another reference device that is for developers to use in creating apps that utilize the depth-sensing cameras. Besides the fact that the device has a 6-inch display and depth-sensing cameras, not much else is known about it, specs wise. But at the end of the day this is not as important due to it being nothing more than a reference device and not a device that someone will be relying on in their daily life.

What’s nice about this new 6-inch reference device is that it shows that a Project Tango smartphone is possible despite it being a smaller form factor. Also, that the device will likely be cheaper than the only other Project Tango device currently available, the 7-inch tablet mentioned above which comes in at a little over $500. So if you are an excited Project Tango developer, when will you be able to get your hands on one of these new reference devices? Intel says that interested developers should be able to get one by the end of this year, which is not too long of a wait at all. 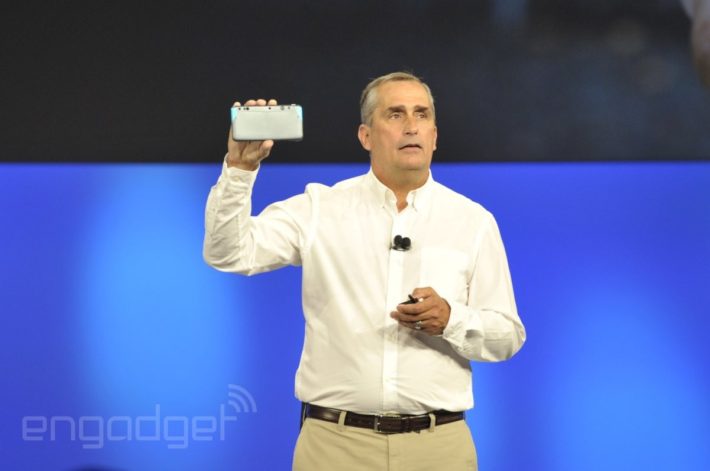