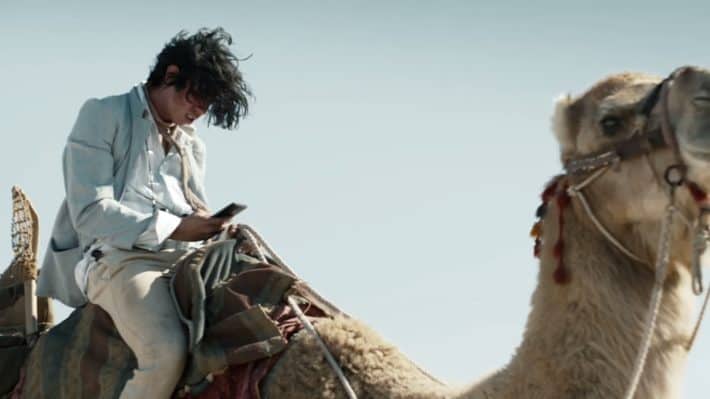 When it comes to releasing a smartphone, there seems to be multiple stages a company must go through. Of course, there's the obligatory launch event, but there is also the marketing cycle which typically follows. OnePlus are in the middle of their marketing cycle in their own unique style, following last weeks OnePlus unveiling. Likewise, it now looks like Motorola has started their marketing cycle, also following the launching of their 2015 editions of the Moto X and Moto G. While the former has yet to see its release, the Moto G was released on the same day it was launched and generally attracted very positive amount of first day and first week feedback

Well, following in another popular trend of manufacturers, Motorola have now released a new advert for their latest G-range device, the Moto G (3rd Gen). What's more, is that this seems to be quite the clever marketing ad. The Moto G is of course, a budget device and built to fit the pocket (money wise) more than be a top spec touting device. That said, it seems Motorola are playing to the strengths of the Moto G and focusing on the 4G ability, the battery life and its waterproof nature (although this last point is more ironically referenced in the ad). While the ad focuses on these key points it does not focus on the affordability of the device at all. You can check out the advert for yourself in full by clicking play below.

If you need a reminder on what was offered with the Moto G last week, the device comes sporting a 5-inch display with a 1280 x 720 resolution. Inside, the device comes equipped with a 64-bit Qualcomm Snapdragon 410 quad-core processor, a 13-megapixel rear camera, a 5-megapixel front facing camera, 4G LTE, a 2470 mAh battery and comes running on Android 5.1.1 out of the box. The Moto G is available in a 1GB RAM and 8GB storage configuration which will set you back $179.99 and a more powerful 2GB RAM and 16GB storage option which will set you back $219.99. Although, it was reported earlier today that it seems the 2GB model has already sold out on Moto Maker.