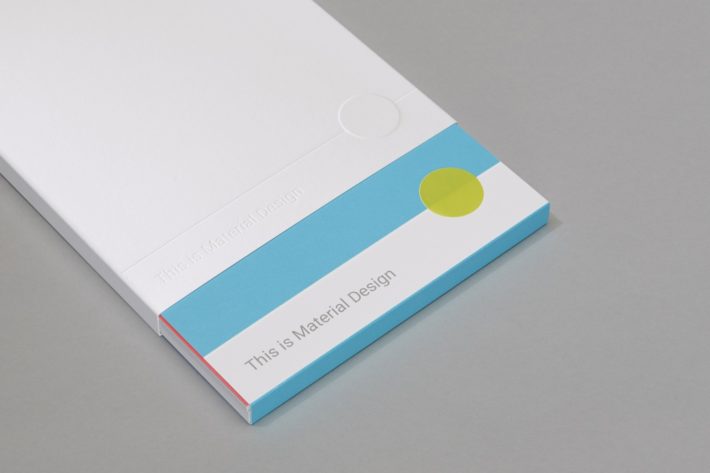 Last year, Google unveiled Material Design, a new look and feel for the mobile platform that has proven very popular since its arrival in Android 5.0 Lollipop. Even manufacturers like Samsung and LG have adopted the new design language in their own skins on top of Google's platform. The colorful outlook of Material Design along with the different layers and bold typography are just a few things we've come to love about Matias Duarte's vision. More than that however, it's the fluidity at which animations are rendered onscreen. No longer do things 'just happen', instead there's now a good amount of fanfare in the smallest of things like a menu appearing from the side of the app. It's this fluidity that Miroslav Vitula channels in his latest concept design for Android.

Following on from the excellent 'smooth rotation' idea for a future version of Android, Vitula shows off an animated GIF that depicts a smooth, and detailed sharing window that appears when sharing something from one app to another. This is not just about looks however, as this sort of thing would be a big usability improvement. The idea being that a user could share something to Reddit for instance, and stay inside of the app that they were in, rather than being taken to their favorite Reddit client. This concept would allow users to stay inside of their current app longer, and would probably encourage people to share content more often, although that's just wishful thinking on our part.

The concept can be seen below, and you can follow Vitula at the source link. Concepts like these are great to see, as they not only let Material Design nerds like us drool over new design touches and concepts, but it's good inspiration for developers. Most developers have already jumped onboard the Material Design bandwagon, but for those that haven't done, concepts like these go a long way to showing them just how good a Material Design app can look, and how much the community appreciate such nice design touches.