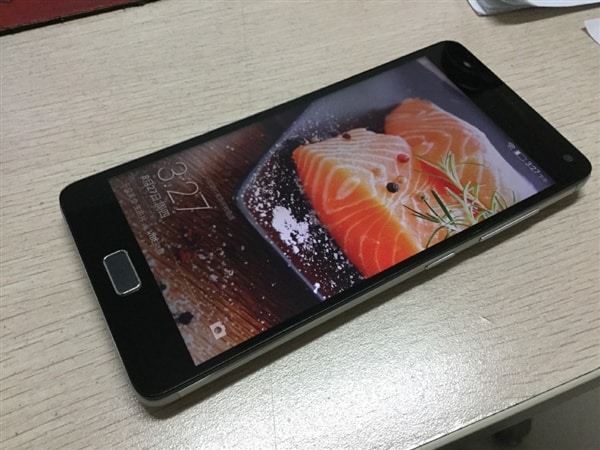 As we get closer to the IFA conference (to be held in Berlin next week), more devices are getting leaked left, right and center. Just late on Tuesday, a massive piece of news from the Sony stable seemed to indicate that the Japanese consumer electronics giant is fixing to unveil as many as three premium smartphones at IFA next week. We've also seen some leaks about Motorola and ASUS amongst others. Now, it's the turn of Chinese PC and smartphone major Lenovo to get its IFA plans (at least a part of it anyways) splashed all over the internet. An upcoming smartphone from the company, ostensibly called the Vibe P1, was already listed on the website of online retailer PandaWill on Wednesday, at the price of $309.99. Now however, a post on Chinese microblogging site Weibo has leaked out a number of real life images of the device, including at least one screenshot, which seemingly confirms a lot of the hardware specifications of the upcoming handset.

Talking about the phone's internals, the one thing that stands out from the listed specs on the PandaWill website seems to be the phone's battery, which is said to be a huge 5,000 mAh unit. The rumor mills had already suggested as much, and the listing on the retailer website lends more credence to those rumors for the most part. As for the phone's body, it is said to be made out of magnesium alloy. The phone itself is said to come with an integrated fingerprint scanner, which has almost become de rigueur for premium handsets this year. As for the rest of the hardware, the PandaWill listing as well as the leaked screenshot (seen below) seems to indicate that the device will be powered by a Snapdragon 615 chipset from Qualcomm. The SoC will have an octa-core CPU clocked at a maximum frequency of 1.5 GHz and an Adreno 405 GPU.

The phone will feature a 5.5-inch display, which will have a Full HD 1080p resolution. Inside, the Vibe P1 will come with 3 GB of RAM and 16 GB of internal storage, which can be expanded with the help of a microSD card. Coming to the imaging capabilities of the Vibe P1, the device will sport a 13-megapixel primary camera on the rear and a 5-megapixel selfie-cam on the front. Connectivity options will include 2G (GSM), 3G (TD-SCDMA, WCDMA) and 4G (FDD-LTE and TD-LTE). The smartphone will reportedly run on Android 5.1 Lollipop out of the box, with Lenovo's Vibe UI 2.86 laid on top. The new leaked images can be seen in the gallery below.