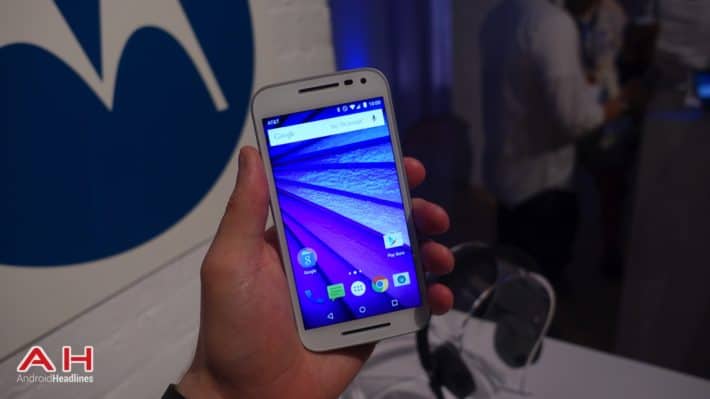 Last week, Motorola took to the stage to unveil their latest smartphone offerings for both the Moto X and the Moto G lines. These are the 2015 renditions of both lines and in a lot of respects, the watching audience got much more than they expected. As well as launching the Moto X and Moto G, Motorola unveiled a number of variations of both devices and especially for the Moto X which is going to be available in a Moto X Style version, a Moto X Play version and a Moto X Pure version. For the Moto G, the variance on offer was much simpler, with different RAM and internal storage options on offer. The most appealing version being 2GB RAM and 16 internal storage which only sets you back $219.99.

Well, if you were planning on buying this particular configuration of the Moto G, it looks like you are temporarily out of luck. That is, through Moto Maker anyway. The popular customization site is currently listing the 2GB RAM model as out of stock. This is presumably highlighting the demand for the powerful budget range device. Of course, if you are interested in the smaller 1GB RAM model which comes with a reduced 8GB internal storage, then this is still available to order through Moto Maker at the base price of $179.99. So either model is well priced for the specs that they offer.

If you need a recap on what else is on offer with the Moto G (3rd Gen), then, as well as the RAM and storage configurations already mentioned, the device comes sporting a 5-inch display with a 1280 x 720 resolution. Inside, the processor on offer is a 64-bit Qualcomm Snapdragon 410 quad-core processor. In terms of cameras, there is a 13-megapixel rear camera which is coupled with a 5-megapixel front facing camera. Additionally, the Moto G comes sporting a microSD card slot for expandable storage, a 2,470mAh battery, 4G LTE support and the device comes running on close-to-stock Android 5.1.1 out of the box. If you want to check out a few of the benefits of the Moto G 201 then you can do so by clicking here.