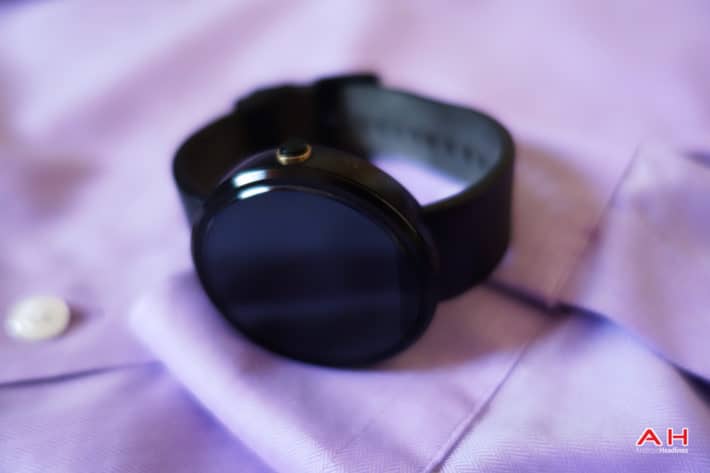 Motorola's second generation Moto 360 Android Wear smartwatch is highly anticipated, perhaps partly due to the fact that last year's model was so popular because of its sleek design and round watch face which at the time, was the only round Android Wear smartwatch. Over the last few weeks there have been a couple of leaks surfacing here and there, with the most recent leaks being images of what is believed to be the new watch spotted in Chicago being worn by Motorola employees. At this time Motorola hasn't mentioned anything about a specific date for the launch nor have they actually confirmed the existence of the new device.

It's now being speculated however that the launch and announcement of the new watch might actually be coming up rather soon, as the original Moto 360 appears to be no longer purchasable from their website. If you head over to Moto Maker and click the buy button, you're immediately taken to the help and support pages instead of the page to begin customizing a new watch, which doesn't necessarily prove that the new Moto 360 is close to an announcement and a launch, but it does rouse some suspicion as to whether or not the removal of the product from their site could be to pave the way for the new watch.

A recent rumor has also surfaced that states Motorola will be set to unveil the new watch next week at IFA which would make sense with the timing of the original Moto 360 removal. The latest leaks shown of what's thought to be the new Moto 360 show a slightly updated design with lugs to connect the wrist strap instead of having it be connected and fitted into the back plate of the watch casing, which should make customizing it and throwing on your own wrist strap that much easier. The button on the side has also been moved up the case a little bit which could be for ease of use. Motorola is also said to be launching the new Moto 360 in two different sized models this year, both each having a different sized battery. IFA is now less than a week away at this point so it won't be long before more details become available.