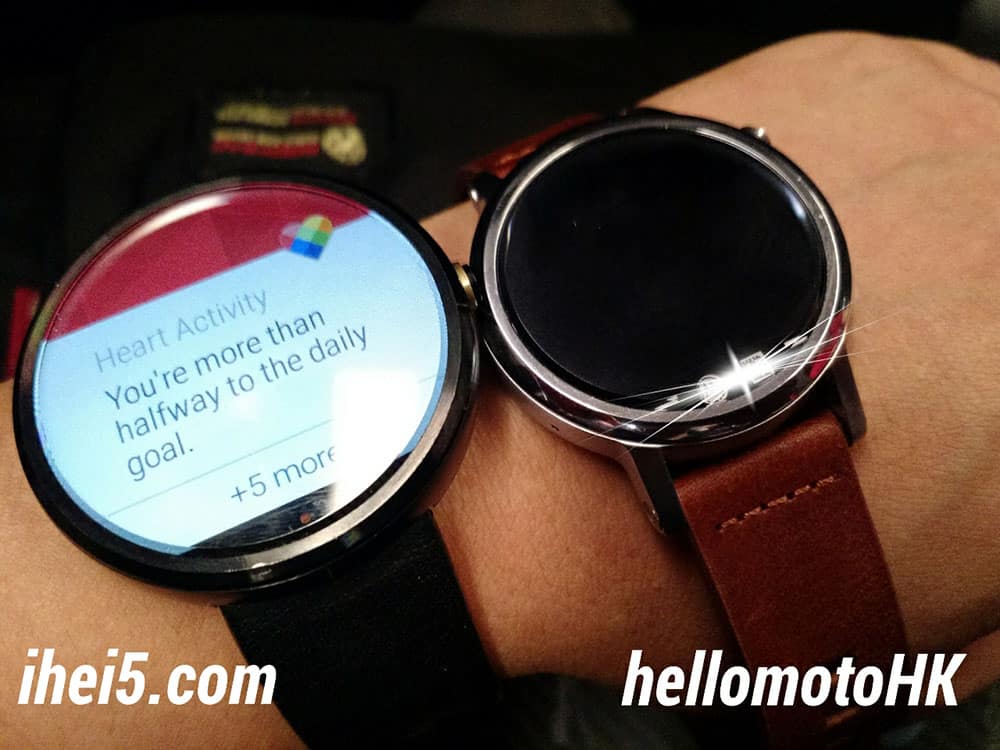 We're getting close, very close, to the announcement of the new Moto 360. Many of us had expected to see it at Motorola's announcement in late July, where they announced the Moto G, Moto X Style and Moto X Play. But alas, it did not show up. With IFA kicking off next week, and many reports stating that we will see a bevy of new smartwatches announced in Berlin, we're starting to see more and more leaks of the new smartwatch. Which will be the successor to one of the best looking first-gen smartwatches ever. Motorola does have some announcements for next week in Berlin, alongside their parent-company, Lenovo. Could the Moto 360 2nd Gen be part of IFA's announcements? Hopefully so.

In these leaks, we have two different Moto 360's, although they are not pictured together. They are labeled as Moto 360S and Moto 360L. So we're looking at a smaller Moto 360 as well as a larger one. It's a great idea, actually. As women do like to have a smaller watch, due to their smaller wrists. Which is what has kept a lot of them away from smartwatches in the past. This is also something that Apple has been doing with the Apple Watch, so it only makes sense.

As far as what's been changed, it appears that Motorola has added some lugs which will make it easier to change out the band if you so choose. Also moved the crown up, to about the 2 o'clock position. There's also a leather band that appears to be a bit cheaper. Of course, that's just judging by the pictures we have here. It could very well be the same horween leather as the original Moto 360, and there is likely to be a bunch of other changes inside the Moto 360. For example, we likely won't have that TI OMAP processor anymore. Motorola will probably use the Snapdragon 400 or 410 like the other smartwatches. Hopefully we'll get better battery life as well. The Moto 360's battery wasn't too terrible, but the LG Watch Urbane's was much improved over it.

Lenovo does have a press conference set for next week. So it's very likely that we will see a new Moto 360 from the company in Berlin. 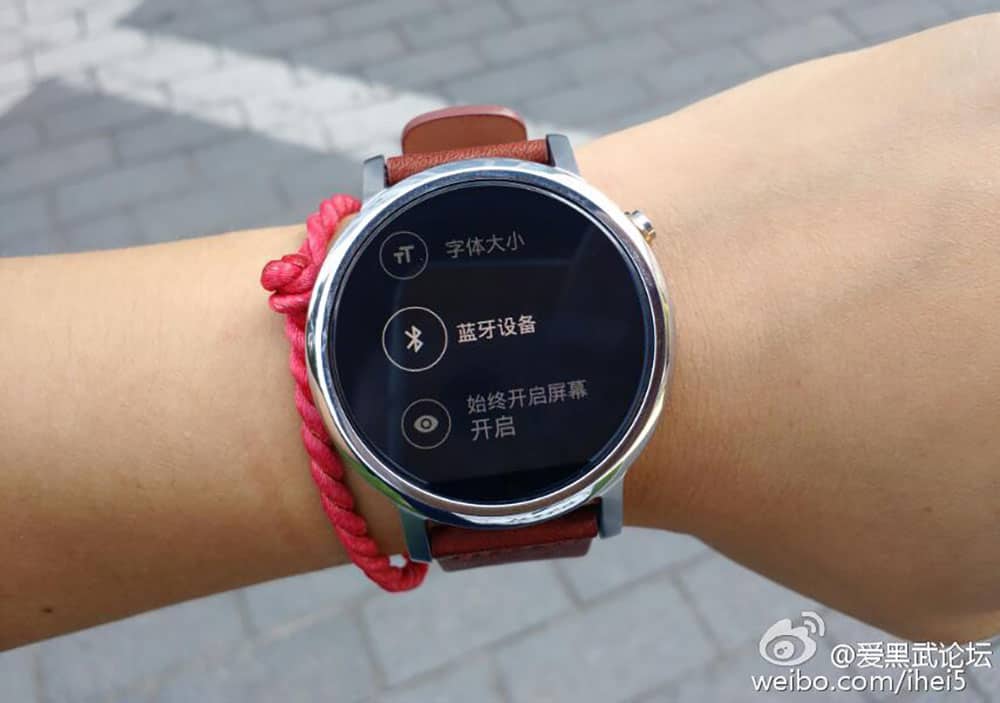