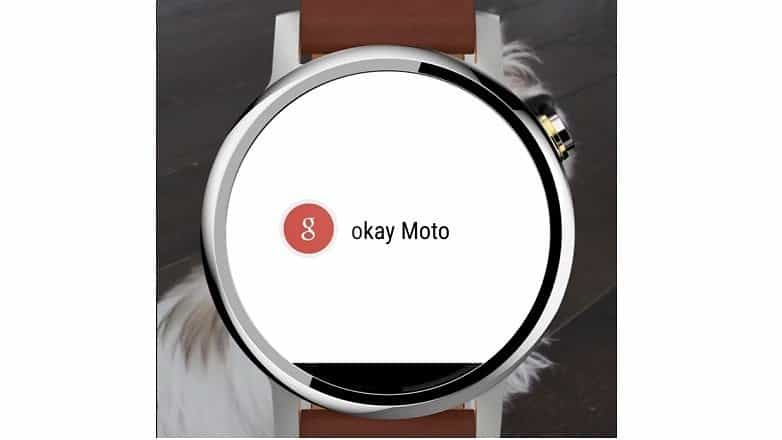 Motorola's second generation smartwatch, ostensibly called the Moto 360 2nd Gen, has been in the news a lot of late. We have already seen the device leak multiple times on the net, and have read that it might have already passed through the FCC earlier this month. Now, in another apparent leak, the device has been listed on the Mobile Fun website, where it can now be preordered at prices ranging from $392.49 to $326.99. According to the listing, the watch will come in two differently-sized variants. While the dial on the larger device is said to have a diameter of 46.5 mm, the other variant will apparently feature a smaller dial with a 38 mm diameter. Goes without saying that it is the larger device that comes with the heftier price-tag of $392.49, whereas the smaller one will apparently cost $326.99 to pre-order. The smartwatch is expected to be launched by Motorola at the IFA 2015 in Berlin next month.

As for the devices themselves, not much is known about the hardware under the hood as such, and even the Mobile Fun listing doesn't give much away. The only thing we do know for certain is that the upcoming smartwatch will run Android Wear and will hence, come with features like Google Now. The images also seem to suggest that the crown button will be placed at the 2 o'clock position rather than the traditional 3 o'clock position, which is the accepted norm in traditional wristwatches. What the website does mention however, are the purported battery sizes of the upcoming smartwatches. According to the website, the larger watch will come with a 375 mAh battery whereas the smaller device will have a 270 mAh unit under the hood. It is worth remembering that the first gen Moto 360 came with a 320 mAh battery, which was one of the main sore points of an otherwise attractive device.

Coming to some of the other details, the larger watch is up for preorder with a cognac leather option for its strap, while the smaller device is available for pre-order in two different options – either with a dark stainless steel strap or a light colored one. The website also mentions that the smartwatch will come with the ability to change straps, which, if true, will be nice touch, seeing as it would enhance customization options for users.