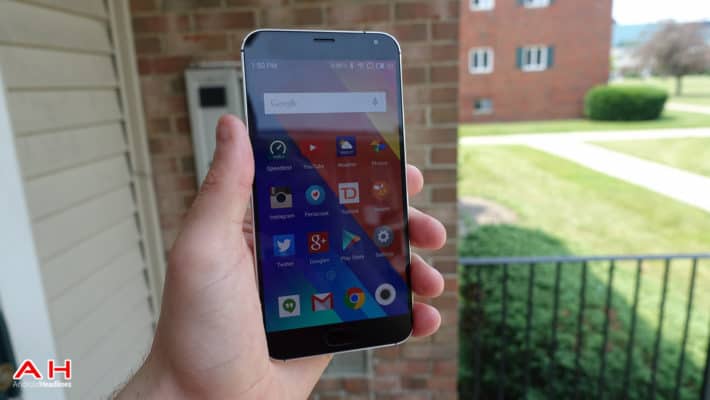 Meizu has released a number of devices this year, the Meizu M1, M2, M2 Note and MX5. The latter handset is actually the company's flagship for this year, and quite a compelling offering by this company. The Meizu MX5 was available in China for quite some time now, basically since it launched, and the company has announced that it will arrive in India at some point. Meizu has started teasing the launch of Meizu MX5 in India a while back, and the device has finally been announced today, read on.

The Meizu MX5 has been unveiled in India, and will be available for purchase exclusively from Snapdeal. Before we get down to pricing details and what not, let's talk a bit about the specs of this handset. The Meizu MX5 features a 5.5-inch 1080p (1920 x 1080) Super AMOLED display with Corning's Gorilla Glass 3 on top of it. The device is fueled by MediaTek's Helio X10 (MT6795T) 64-bit octa-core SoC clocked at 2.2GHz which ships with a PowerVR G6200 GPU for graphics. The 20.7-megapixel camera (Sony's IMX220 Exmor RS BSI sensor, 6P lens, f/2.0 aperture) is located on the back of this phone, and a 5-megapixel shooter (f/2.0 aperture) can be found up front. The 3,150mAh battery is also a part of this package, and the device offers 4G LTE connectivity. The dual-SIM support is also available here, and the phone is made out of metal. The mTouch home button below the display doubles as a fingerprint scanner, and the device also supports Fast Charging tech.

The Meizu MX5 comes with Android 5.0 Lollipop pre-installed, and on top of it you'll find Meizu's Flyme OS 4.5. We have tons of coverage on this device. In case you'd like to know more, visit our Meizu MX5 page, and check out our full review of the phone. That being said, the Meizu MX5 can be purchased in India starting today exclusively via Snapdeal. In case you'd like to get a copy, you'll have to splash out Rs. 19,999 ($302). There you have it, the Meizu MX5 is now official in India, let's see how will it fare in such a highly competitive market.