The last few weeks and months have seen a ton of speculation around the latest Nexus smartphones that are due to land. Most will already be aware that the expectation is there will be two Nexus smartphones en route. The first is expected to be a Huawei made Nexus and this one is largely thought to be the high-end flagship device. In contrast, the other Nexus is largely expected to be an LG Nexus, which is a refresh of the previous Nexus 5 which was also made by LG. Well, the biggest of the rumor news emerged a couple of days ago when an image popped up online which was reported to be of the next LG Nexus. The image was in line with previous renders and leaked images that had already came through and therefore, added some authenticity to the latest image. In fact, the latest case renders (which only appeared yesterday) were also showing the same consistent placements and features.

Well, it now seems debate is raging on Reddit as to whether this is actually the new Nexus or not. As you can see from the image above, most of the debate centers around another image which has popped up showing the so-called LG Nexus, but as a Nokia device. Instantly, the debate started over which image is the real image although in fairness, most of the comments seem to side with the image being the LG Nexus. The reasoning behind the latest Nokia image lacking any authenticity seems to be due to what is said to be a slightly off-kilter placing of the Nokia logo. Not to mention, one eagle eyed spotted noted what appears to be an LG Logo on a bag on the floor (which appears in both images).

Of course, to make the whole thing more interesting and further highlight the point of the Nokia image being photoshopped, someone then when and changed the device to a Sony Xperia phone (image below). In reality though, what all of this does highlight is the possibility that none of the images (including the LG one) are real and have all been photoshopped. 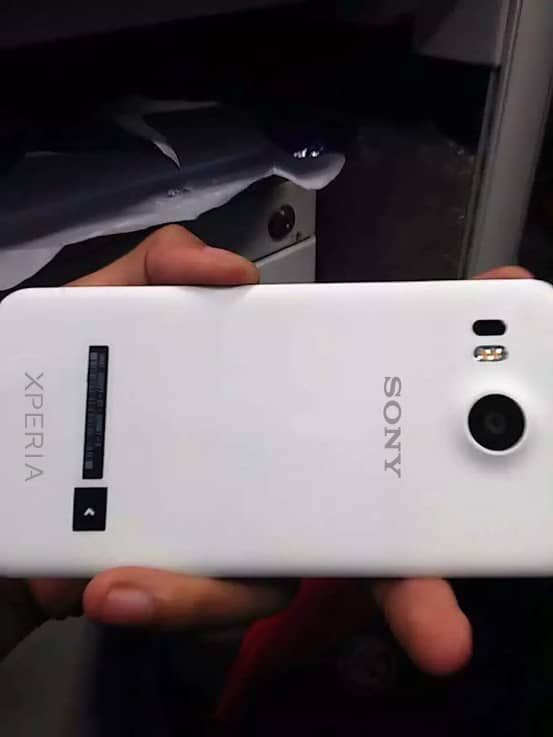