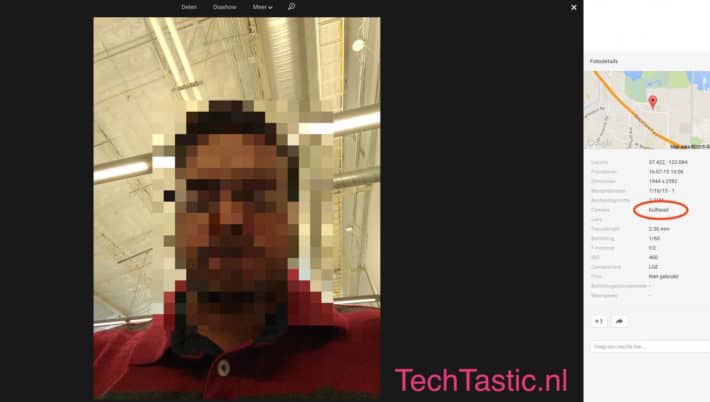 There has been massive speculation of late as to what Google’s Nexus program will bring this year. The speculation started months ago and was highly suggesting that two phones will be en route. Since then, the rumors have mounted and it now seems all but confirmed that Google does plan on having two Nexus devices this year. The first will be a Huawei built Nexus and will come positioning itself as more of a high-end device. In contrast, the second Nexus device is widely expected to be coming from LG and adopting a smaller device in terms of size and specs. In fact, it seems likely that this will be a refreshed approach to the last LG Nexus, the Nexus 5.

Well, the latest details about the LG Nexus is coming from a selfie image which was reportedly taken using the upcoming LG Nexus. The selfie is said to have been taken by a Google employee who works for the Quality Assurance (QA) department. The image was then apparently shared by the employee on Google+ although since then, the face of the image has been blurred to protect his identity.

In terms of the actual image, the selfie was taken by a device which comes with the model number “Bullhead” which had widely been reported to be the codename being used for the next LG Nexus. What’s more revealing is that EXIF data taken from the selfie show that the device is sporting a 5-megapixel front facing camera (2592 x 1944). The data also does state that there is n F/2.0 aperture in play too. Lastly the data does make a note of stating that this is an LG device (if you needed anymore proof). Of course, as with most things these days, EXIF data is not 100% reliable and often can be faked. Although, to add more fuel to the fire, coordinates for the image taken show that it was taken at Mountain View. In terms of the rest of the specs, still little is known about the LG Nexus although it has been reported that it will likely come with Type-C USB and a fingerprint scanner 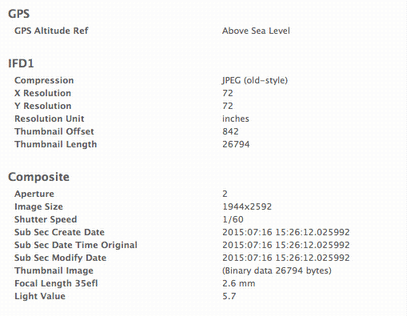 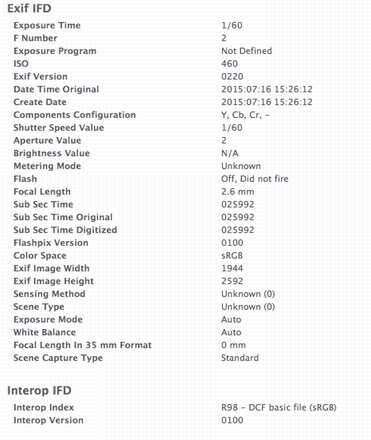 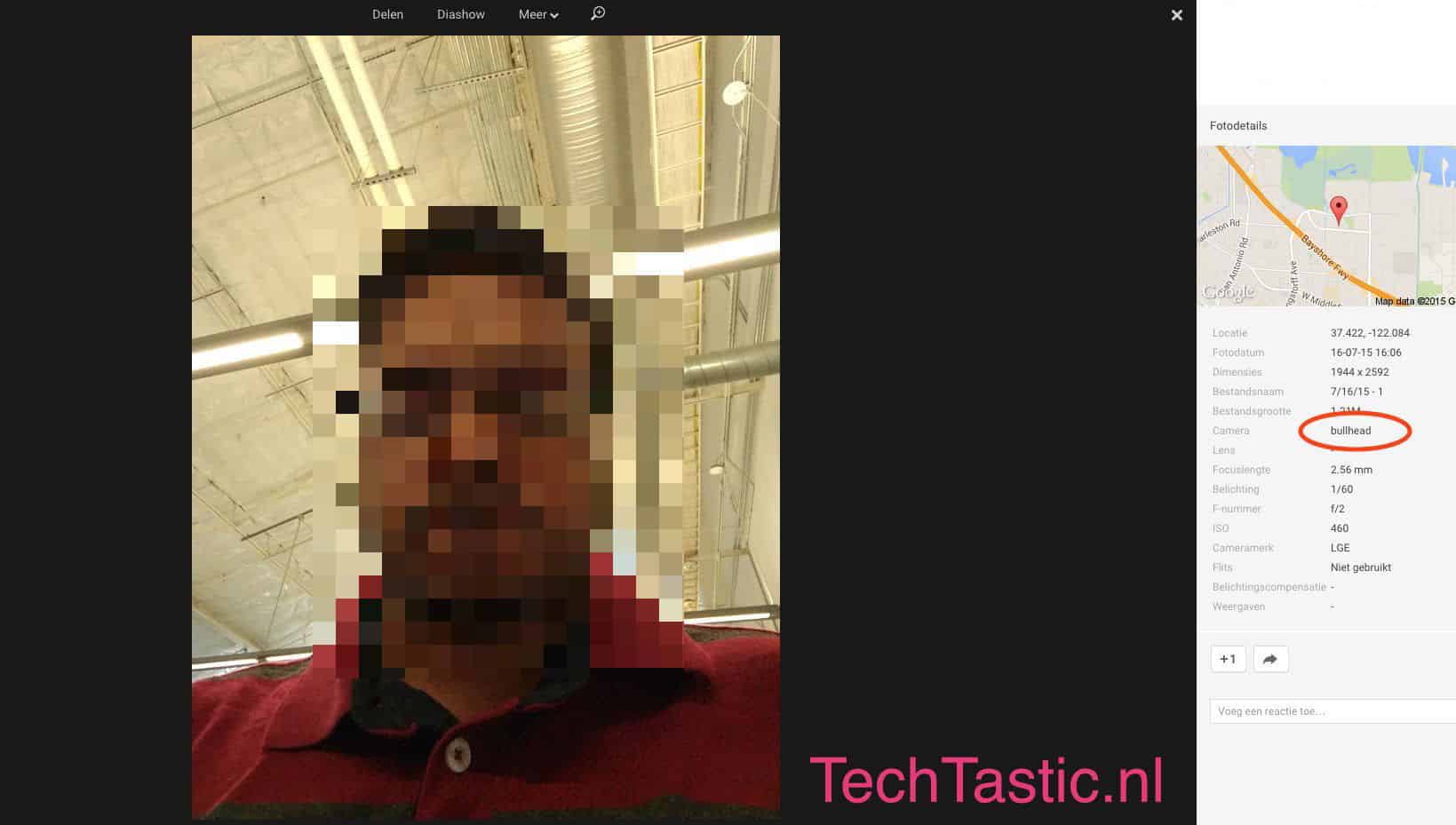