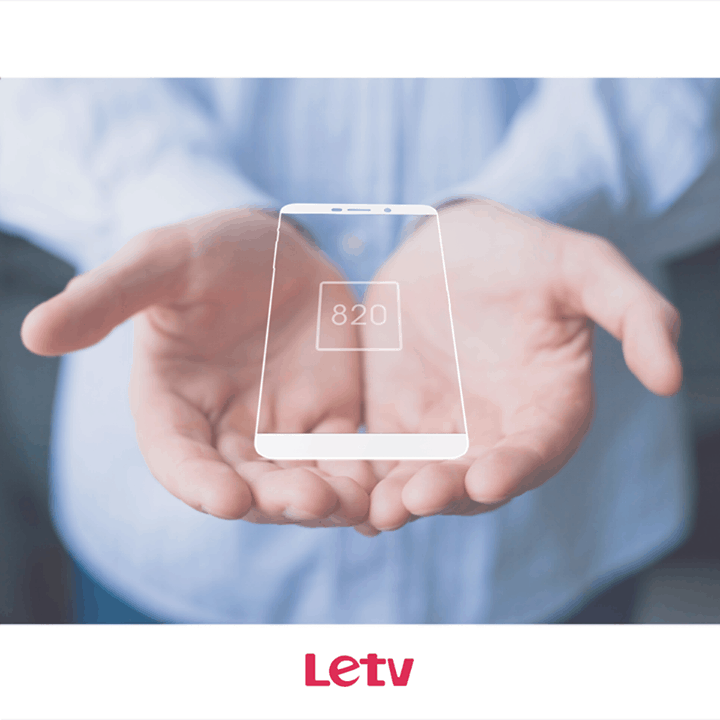 Letv is definitely one of the most interesting Chinese smartphone OEMs. This company has been around for quite a while, but they haven't been manufacturing smartphones until recently. The company has unveiled three devices (dubbed 'Le Superphones') at the same time, the Letv Le 1, Le 1 Pro and Le Max. These three phones are very well-specced, especially the latter two, not to mention that those two phones are also made out of metal. Another interesting thing worth mentioning is the fact that Letv managed to sell 1 million Le Superphones in just three months, which is certainly commendable.

The availability of these devices is quite limited at the moment, but Letv did say that they will launch in the US before the end of the year, and other markets might see the devices as well, like Europe for example. As we're waiting for more info on that, Letv has released a rather interesting teaser. If you take a look at the provided image, you'll notice a graphic of a Letv branded smartphone and the number '820' inside of it. It's quite obvious that Letv is trying to tease their upcoming Snapdragon 820-powered device. We haven't really seen any leaks regarding a new Letv device thus far, so we're in the dark as far as specs or design goes, but this sounds rather interesting. Keep in mind that the Snapdragon 820 SoC won't be available until Q1 2016, so this device quite probably won't launch that soon.

This teaser is actually not the only indicator that Letv is working on a Snapdragon 820-powered phone. The company's CEO, Jia Yueting, has forwarded the post from China Mobile (Chinese carrier) talking about the new Snapdragon 820 processor. Letv has managed to surprise many people when they announced 'Le Superphones' earlier this year, those three devices are really compelling offerings by the company and it will certainly going to be interesting to see what can the company do with the Snapdragon 820 SoC. We expect the new smartphone(s) to be made out of metal as well, and for its bezels to be even thinner (less black bars). Stay tuned for more info, we'll report back as soon as something pops up.