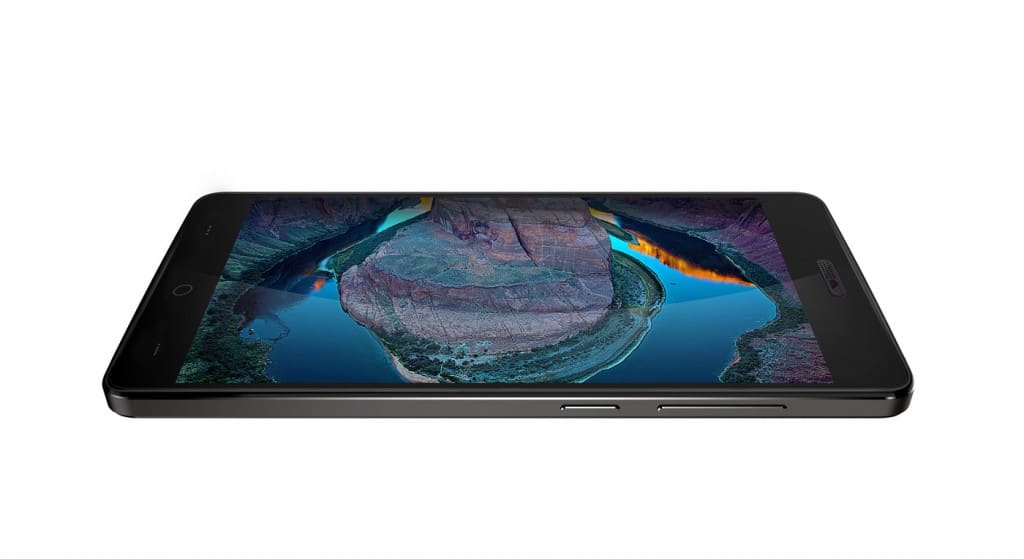 Chinese smartphone brand KPhone has launched a new entry-level smartphone in the US, called the K5. The manufacturer believes the device will help it better address the growing trend of unlocked smartphones in the country, which has thus far been a haven for carrier-subsidized premium devices with long-term contractual obligations, but in recent times, has been seeing a slow shift away from the long-established practice. As for the K5, its maker KPhone is yet to announce a retail price for the device, although it suggests that the phone will get an "aggressive price" on release this October. KPhone is a new brand from the stable of one of China's largest white-box smartphone makers, K-Touch, who seems to be jumping into the business of retailing smartphones directly to end-consumers in International markets with the launch of this brand. The company's website, kphoneusa.com, lists a number of other, more premium devices which will probably be introduced officially at a later date.

Coming to the hardware specs of the KPhone K5, the smartphone features a 5-inch HD display, which is protected by Corning Gorilla Glass. The smartphone is powered by Qualcomm's MSM8916 Snapdragon 410 SoC, which comes with an embedded Cortex A-53 quad-core CPU clocked at a frequency of 1.2 GHz and an Adreno 306 GPU. The device comes with 2 GB of RAM and 16 GB of internal storage and has Android 5.0 Lollipop pre-installed. The primary camera on the K5 comes with a 13-megapixel sensor while the front-facing camera has a 5-megapixel sensor. The phone supports dual SIM cards and supports "all GSM networks including AT&T and T-Mobile" according to a press release from the company. There's no mention however of LTE connectivity, even though the MSM8916 chipset does come with support for Cat.4 LTE.

In a press release on Wednesday, the company said, "With the growth of 'bring-your-own-device' plans from cellphones carriers, KPHONE's first smartphone, the K5, is uniquely positioned to quickly become a leader in the unlocked smartphone market". Commenting on the launch, the company's VP of Sales, Retail Channels, Mr. Scott Robbins said, "Being one of the largest cellphone manufacturers in China means that the team at KPHONE understands what it takes to succeed in this competitive market: great design, high-quality products, strong manufacturing capabilities and a focus on your customers". KPHONE USA is headquartered in Rancho Cucamonga, CA.