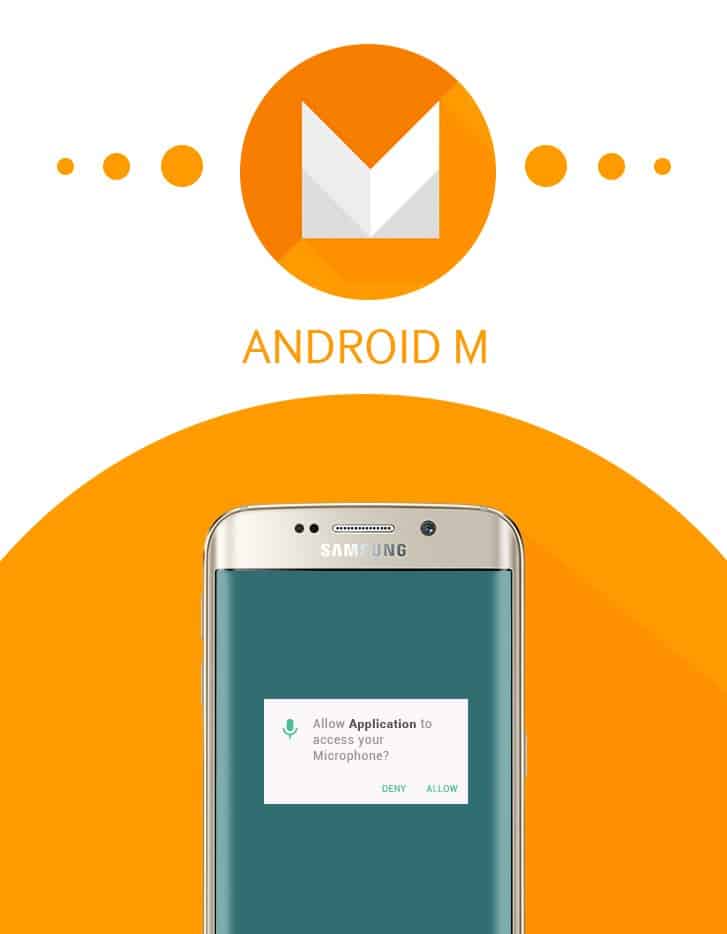 As most of you know, Google has already announced the upcoming version of Android, the Android M. The company still didn't unveil the final naming of the OS (Marshmallow?), but they'll do that in the coming weeks, quite probably when they release the OS along with the upcoming LG and Huawei Nexus handsets. The Android M brings a ton of improvements our way, and Google has showcased all of them during the Google I/O earlier this year.

That being said, Samsung seems to be eager to update their handsets to Android M. This Korean tech giant has released the infographic on their official webpage highlighting the most important changes this version of Android will bring. Now, if you take a look below this article, you'll notice the whole infographic down there. Samsung is highlighting the native fingerprint support Google has unveiled to be a part of Android M, and also App Permissions which will give you far more control over the apps you install / use on your device. Internal storage control, auto backup and power saving features have also been highlighted by Samsung in this infographic. We've already talked quite a lot about each of these features back when we covered Google I/O, so we won't be talking about those in details this time around.

Samsung's newer devices are currently running Android 5.1.1 Lollipop, the latest available version of Android. Samsung's TouchWiz UI is, of course, installed on top of Google's OS, and even though Samsung de-bloated it to some extent, it's still not where some consumers want it to be as far as performance goes. Samsung is looking to polish their UI even further with a help of Android M, which seems to be a far more polished version of Android than Lollipop is. As probably know, Lollipop had quite a few bugs when it was launched last year (Android 5.0), and even though Google fixed most of those through updates, Android M is expected to be a huge step forward.