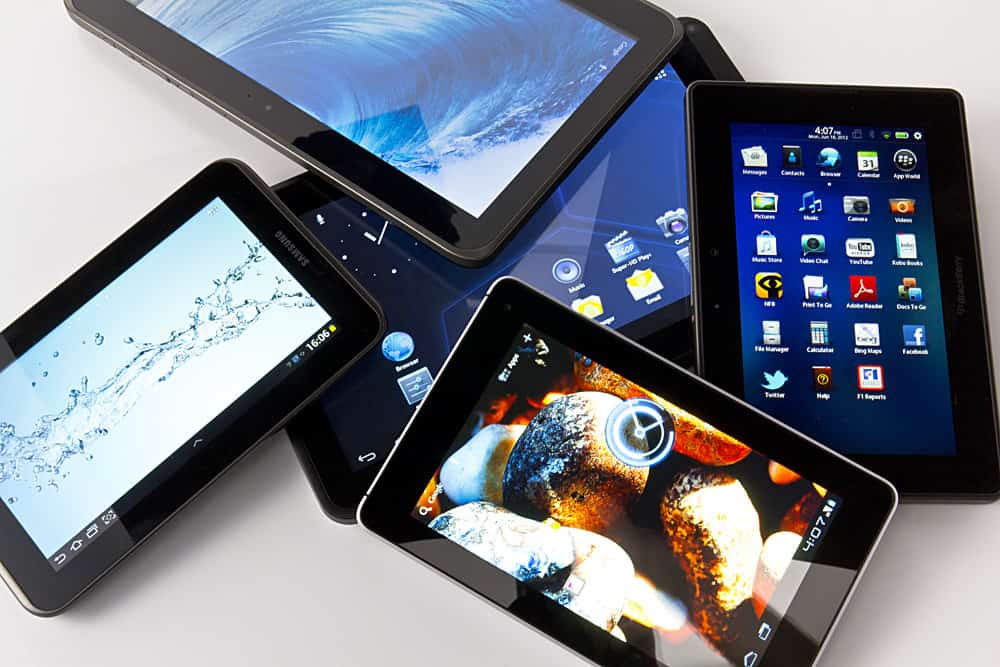 Amidst all the prevailing doom and gloom in the rapidly shrinking global tablet market, here's one piece of good news that OEMs and supply chain vendors would be thrilled about. According to a report by market research and analysis firm IDC, the Indian tablet market has apparently bucked the global trend and actually expanded by as much as 23 percent in the second quarter, albeit, on a fairly small base to begin with, given the size of the smartphone market in the country. As is the case with smartphones, India remains very firmly Android country, with the top five vendors on the list all selling Android devices. One interesting thing to note here is the fact that many tablets sold in the country are actually voice-enabled. Meaning, the devices can, in theory, double-up as gigantic smartphones, which saves money for consumers, by eradicating the need for multiple similar devices.

As for the important takeaways from the IDC report, domestic brand iBall is said to have regained its number one position in the market with its Slide range of devices, having been overtaken by Samsung with its Galaxy Tab range in the preceding quarter. As of Q2, 2015, iBall holds 14.9 percent of the market, compared to Samsung's 13.8 percent. One of the reasons attributed to Samsung's less-than-stellar performance in the quarter is said to be the inventory issues the South Korean giant faced during the period, which held it back from competing with its rivals on level terms. In a statement regarding Samsung's future performance in the segment, IDC said, "New products launched in seven inches and eight inches segment gained good traction and is expected to contribute to Samsung's growth moving forward".

Coming to the rest of the companies vying for tablet supremacy in the country, Datawind, the company behind the erstwhile $35 Akash tablet, came in at number three with 13.5 percent of market share. The company is known to push its tablets through television infomercials for the most part. Micromax with 12 percent comes in at number four, but interestingly, Xiaomi has already managed to enter the top five list with 9.5 percent of the market in Q2, 2015. The overall size of the market however, continues to remain significantly small compared to that of smartphones, and IDC says only 1.04 million devices were sold in the quarter. Explaining the growth in the Indian tablet market when the industry in the rest of the world is seeing an erosion of overall market, IDC says, "The growth was mainly due to bureau of Indian standards (BIS) certifications deadline on power adapters which was earlier slated to be in May but then was moved to later period. And hence, few vendors pushed high volumes of their existing non-BIS compliant inventory into channel during early months of the second quarter this year". 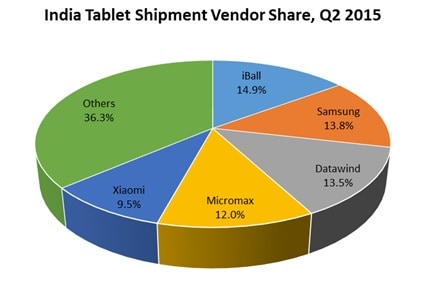