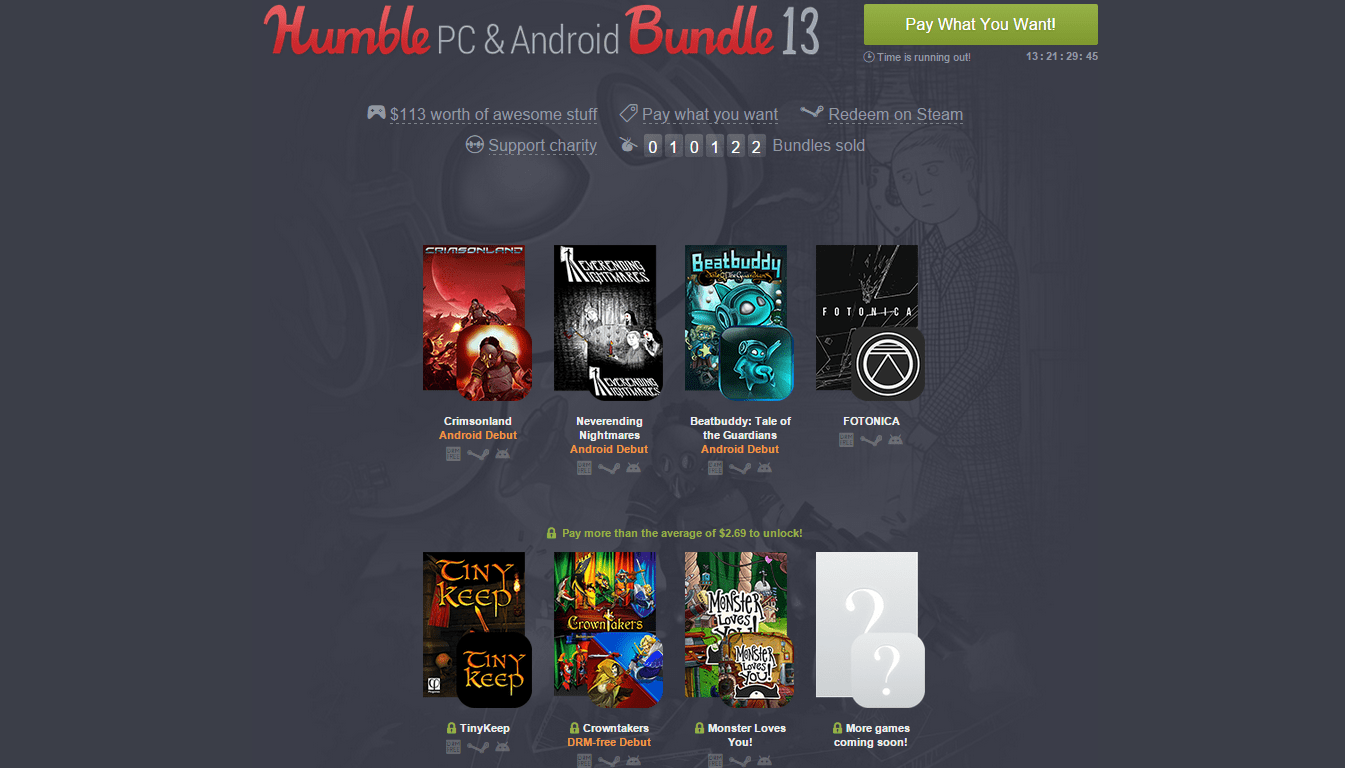 If you play PC and Android mobile games then you're probably already quite familiar with Humble Bundle and what they do as well as what they offer. Every couple of weeks or more they end up launching a new bundle of games which you can snatch up for a relatively low price compared to what everything normally costs individually. Normally there will be separate bundles for PC and Android titles, but once in a while they'll launch a bundle which features games that can be played on both platforms. Their latest bundle is one of these packs as they have just launched the Humble PC And Android Bundle 13 which features a collection of some great games.

As of right now there is a total of seven games included in the bundle, but just like always there will end up being more games which get included later on. This typically happens about a week or so after the bundle launches, which gives people just about a week before more games are likely added to the pack since it just came out today. For starters, you can pick up four of the seven games by paying whatever you want. Yes, literally whatever you want for four games which likely are worth at least a few bucks each. Included in these four are Crimsonland which is a sci-fi top-down shooter that's making its debut on Android with this bundle. Also included are two more Android debut titles called Neverending Nightmares (a psychological horror game), and Beatbuddy: Tale of The Guardians (a quaint and surprisingly upbeat arcade game), as well as Fotonica which is basically a first-person endless runner.

If by chance you decide to pay the average amount which at the time of writing is $2.70, you'll also unlock TinyKeep, Crown Takers, and Monster Loves You in addition to whatever games get added in the future. It's also worth mentioning that by buying these bundles you get the chance to help support charity, and for this particular bundle there are two charities being highlighted: EFF (Electronic Frontier Foundation) and the American Red Cross. Usually these bundles don't get too expensive, but the longer you wait the average price is sure to go up so you're better off getting it quickly.