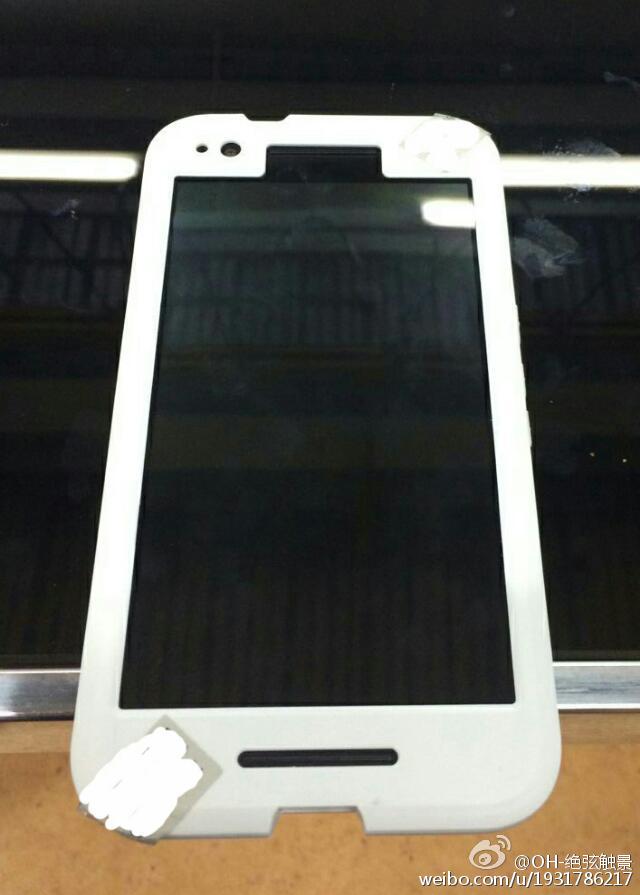 As you may already know, Google will apparently release two Nexus smartphones this year, one created by LG, which is supposed to have a 5.2-inch display and belong to the mid-range and a larger model created in a partnership with Huawei, being the first time they use a Chinese manufacturer to create a Nexus device. There are several rumors that mention the specifications of the Huawei Nexus, but today we got a clear look at the alleged hardware of this device as some hands-on photos were leaked. The front looks fine, but some details on the back made us question if that is, in fact, the device that will be unveiled along the final release of Android 6.0 Marshmallow.

Case manufacturers typically get some renders or dummies of new devices in order to have their accessories available by the time they get released. This time, pictures of a case for the Huawei Nexus have surfaced covering the device, so some aspects of the smartphone can be confirmed. It seems to be one of those rugged cases that protect the device against most accidents, that's why it looks rather thick and the bezels surrounding the screen look very large as well. Still, on the front we can see some cutouts for the camera and what looks like the ambient light sensor as well as for the front facing stereo speakers. On the back, there are cutouts for the circular fingerprint scanner, the camera and the Dual-LED flash module, which seems to be larger than the flash itself, so the camera may feature laser auto-focus. The cutout on the bottom confirms that it will sport a USB Type-C port, as it is now supported by Android 6.0 and the cutout on top will probably be for the headphone jack.

Some of the rumored specs include a 5.7-inch display, although there is no way to confirm its resolution. As for the processor, it will still use the Qualcomm Snapdragon 810, as it will be the best offering by the time it gets released. The amount of RAM is not confirmed either, being 3 GB or 4 GB two possibilities. The hardware seems to be made out of metal and we could expect this device to be officially announced on September or October.