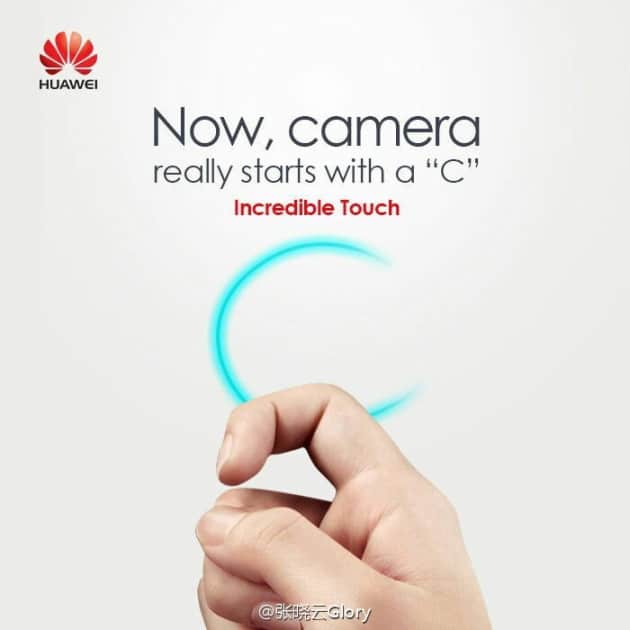 It is already expected that at least two Huawei devices will make an appearance on the IFA next week, the first one is the Huawei Watch, which was introduced a long time ago, but it is not yet available. The second one is the Huawei Mate S, that has been leaked in several pictures and know some more details are coming through. Now, the company has released a couple of teaser images that make reference to some of the features of the new phone.

One of them shows a blue 3D rendered hand made out of what looks like pixels touching an imaginary surface and some ripple-like effect gives us an idea that different layers of that surface are being pressed. At the bottom, a text can be seen that translates as "Can pressing be different?" and below it makes sure to mention that it will be revealed at the aforementioned event for this year. All of these clearly makes reference to the Force Touch technology that will be integrated on the display. This technology has been used by Apple in some of their products, and it can recognize the amount of applied pressure when touching the screen. It remains to be seen how Huawei could optimize the software to take advantage of this technology. Some functionality might include replacing the tap and hold options by a hard press or scrolling faster when applying more pressure, but developers will surely think of new ways to use it.

The other teaser reads "Now, camera really starts with a C" and below, the name of the technology that makes this possible, "Incredible Touch". Whether this name includes the Force Touch technology or just the gestures is not known yet. Anyway, the teaser shows a blue C drawn and a hand in a position that suggests that the letter was written with the knuckle rather than the fingertip, so probably the pressure sensitive screen will be able to recognize that the touch came from that body part in order to launch the camera app with that gesture. We'll have to wait a little longer to see what other gestures or optimizations are included in the software.