Back in March during Mobile World Congress, Huawei announced their first Android Wear smartwatch, the Huawei Watch. The device itself was shown at Mobile World Congress and some members of the press were even allowed to get up close and personal with the device, but since then we haven’t really seen much of it. This is not very surprising as some Huawei executives were quoted as saying not to expect the device until sometime in the middle of this year. Well, that time has come and now it looks as though Huawei may be preparing to make an announcement pertaining to the Huawei Watch in the coming days.

This morning, Huawei tweeted an image of what looks to be a side view of the Huawei Watch with the words, “Elegance and power, one and the same.” But the most important portion of the tweet was the date included with it, September 2 of this year. This likely means that we can expect to see the Huawei Watch in its final form in only two days along with a finalized release date. It also means that the finished device will likely be shown at IFA due to the tweet by Huawei also including the word “Berlin,” which is where the IFA conference is held every year.

If you head over to Huawei’s website you can already see the Huawei Watch in all of its glory. In fact, there is an entire page of the website dedicated to the device where you can see everything from a gallery of images of the device to its specs. These specs include a 1.4-inch round AMOLED display with a 400 x 400p resolution, Qualcomm processor, 512MB of RAM, and 300mAh battery. All that is left for Huawei to reveal is an official release date for the device along with showing the actual finished physical device, which will more than likely be done at IFA like mentioned above. There are quite a few Android Wear devices on the cusp of being released such as the second iteration of the ever popular Moto 360 and the ZenWatch 2. It’s great to see Huawei to be in that group as well with an Android Wear watch on the way. IFA will likely be home for many Android Wear device announcements this year so be prepared for that if you are in the market for a new Android Wear device. 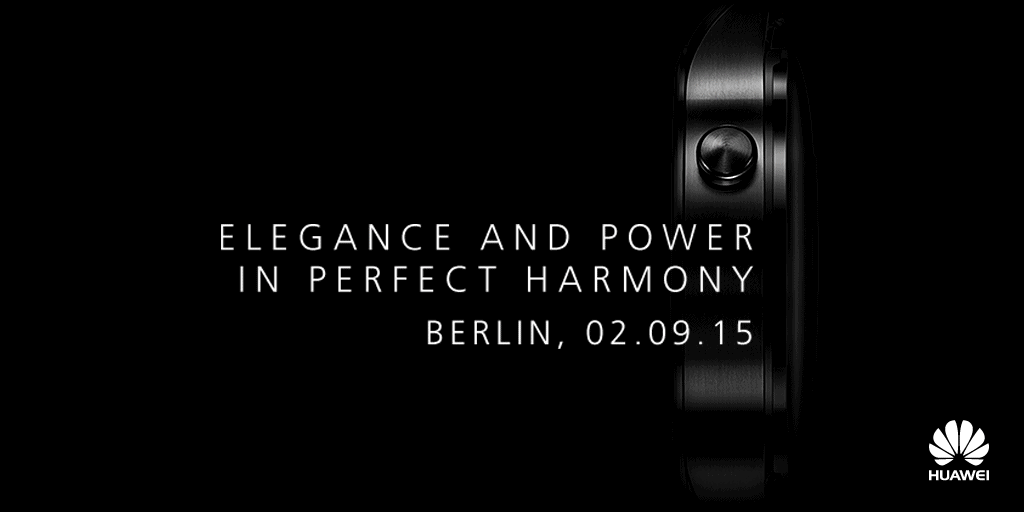