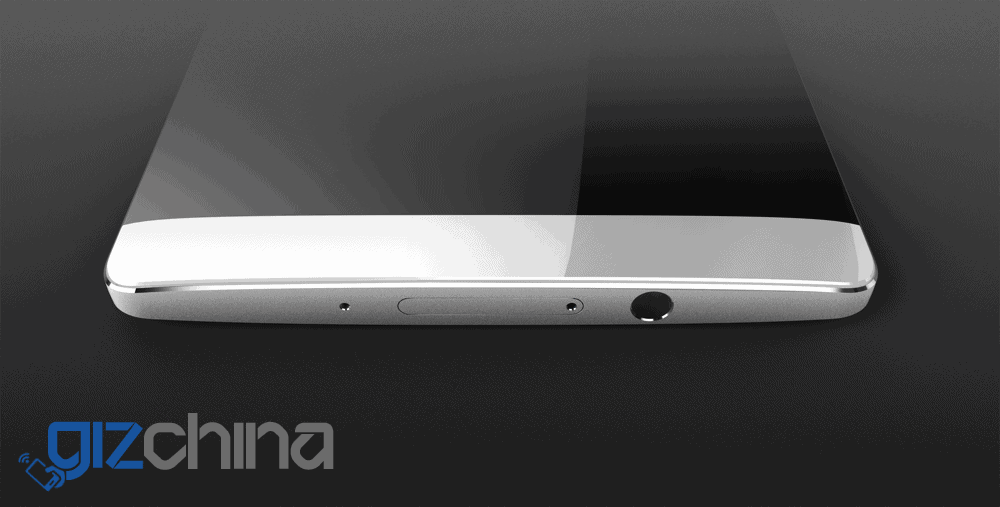 Huawei has been doing really well this year. The company has announced a number of high-end smartphones, and has continued increasing their profit. This Chinese smartphone OEM has unveiled their Huawei P8 line which consists out of P8, P8Max and P8 Lite handset, along with the Honor 7 smartphone which was announced about a month ago. The company has also announced a couple of mid-range devices, and the MediaPad M2 tablet. That being said, many people are expecting Huawei to showcase the Mate8 phablet, and we've also seen a number of leaks regarding this company's upcoming devices.

The Huawei Mate8, Mate7 Mini and Honor 7i were all rumored recently. The company has already teased the Honor 7i handset which will reportedly sport a sliding camera on the back, and the device was also certified quite recently in China as well. Well, today a new image leaked, allegedly showcasing a Huawei-branded device with a curved display. We cannot confirm this is Huawei's handset considering the branding isn't really visible on the leaked image, but according to the source, it is. The phone is referred to as '007', which is probably just a codename. We only get to see the presumably bottom part (there's not earpiece on it) of the device in the leaked image, and it seems like the 3.5mm headphone jack and the SIM tray are both located down there, along with a microphone. The phone seems to be made out of metal, at least judging by the image, which is logical at this point, Huawei has announced quite a few metal-made smartphones this year.

This render looks quite sleek, even though we don't really see the whole package. We cannot confirm the existence of this device just yet, this is just a wild rumor at this point. Is it possible that Huawei plans to announce this handset during IFA in September? If that is the case, the show just became a bit more interesting. Let's wait and see what exactly does Huawei have up their sleeve, stay tuned for more info, we'll report back as soon as something new pops up.

Advertisement
Trusted By Millions
Independent, Expert Android News You Can Trust, Since 2010
Publishing More Android Than Anyone Else
5
Today
101
This Week
102
This Month
4867
This Year
106343
All Time
Advertisement