Skip to content
Trusted By Millions
Independent, Expert Android News You Can Trust, Since 2010
Publishing More Android Than Anyone Else
32
Today
190
This Week
279
This Month
8408
This Year
125884
All Time 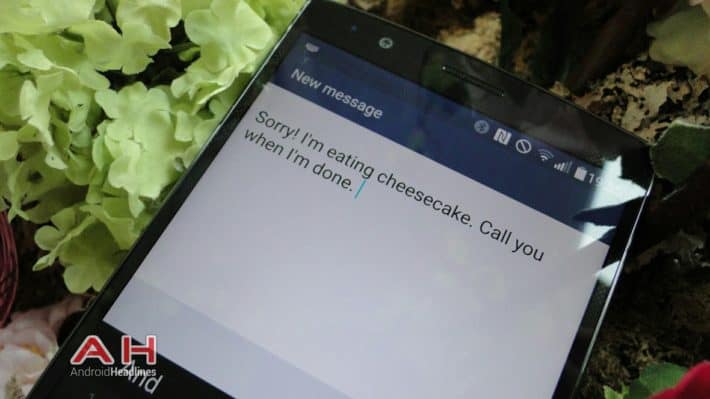 The way we communicate with people has changed much over the years, and especially so since the coming of age of cell phones. Once more and more people started owning one of these devices communication became less face-to-face and more through digital means like text messaging. The use of SMS only grew once smartphones came around but things changed quickly when messaging apps were developed and people started using things like Facebook’s Messenger and Whatsapp to send messages. Plenty of people still use SMS as a means for communicating, but there are many more users of the various messaging services due to their expanded capabilities over regular SMS.

This led to the adoption of RCS or “Rich Communication Services” for its ability to do more than the standard messaging protocol used to run SMS. RCS is currently only supported by one carrier at this point: T-Mobile with their recently announced Advanced Messaging, and it is only currently supported by one device: The Samsung Galaxy Core Prime. T-Mobile has mentioned however that they plan to update the Galaxy S5 and the Galaxy S6 to support RCS sometime in the near future, when exactly is not certain. If you haven’t already guessed by the statement above, RCS does not work on current phones, and thus far none of the carriers save for T-Mobile have it implemented. This doesn’t mean however, that carriers such as AT&T and Verizon won’t begin to start using RCS.

What exactly is RCS and why should you care? The easiest explanation is that RCS will allow you to do more than standard SMS messaging. It’s an enhanced version of the SMS and MMS services you already know, essentially it’s SMS and MMS evolved. Examples of what it can do include group messaging and the ability to send larger media files through a message that are up to 10MB in file size to recipients. You could also use it to share your location while engaged in a voice call or just simply share your location through messages, and it allows you to see when the people you’re talking with are responding to something you’ve said, basically you can see when they’re typing back to you. You can already see this type of technology in messaging apps like Whatsapp, Groupme and others.

RCS may have a slow rolling adoption at first, but even once it’s deployed fully you will still need compatible handsets as well as an app that supports the new protocol. Over time standard text messaging apps as well as popular messaging service apps may end up supporting RCS. As it stands now though there is a special messaging app which you need for this to work, if you’re on T-Mobile’s network and either have the Galaxy Core Prime, or the Galaxy S5/Galaxy S6 once they get software updates to support the feature. When RCS gets rolling, users won’t need to download any apps and create accounts to start using it. Since it’s text messaging, think of it like using the current form of SMS and MMS. You send a message out from your phone number to another number and a person is able to read that message. This will be a benefit to those that don’t want to create extra accounts or link existing social accounts to other messaging apps. Whether or not more carriers support RCS in the future is still unknown, but it wouldn’t be a surprise to see more major carriers roll this out over time and eventually trickle down to other smaller carriers, and eventually take over as the new standard.