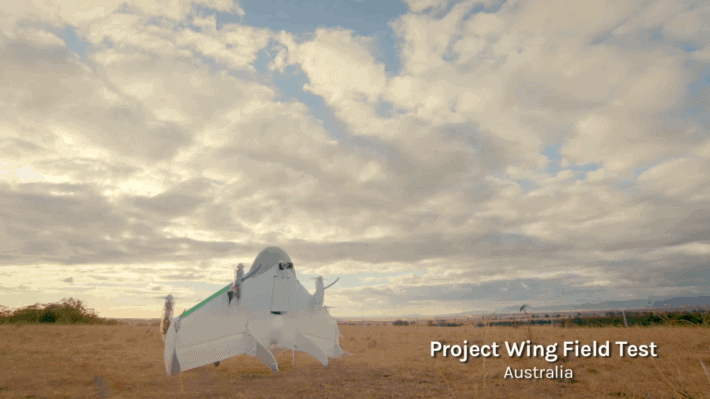 Alphabet now owns Google’s most daring or sometimes called “moonshot” projects such as Wing, an initiative that was created under Google X’s labs with the main goal of using self-flying unmanned vehicles in a complex delivery network. Project Wing has been under development and testing for at least four years, but limited to non-United States airspace as numerous states have already banned the use of unnamed aircraft vehicles, better known as drones. Previously, Google tested its innovative Project Wing exclusively in Australian skies, but today it has become public that Google is no longer limited to the region, all due to a useful deal with NASA, which gives the company permission to operate commercial drones without the FAA approval. So, how does striking a deal with NASA grants you unrestricted access to the American airspace? Well, under the deal with the National Aeronautics and Space Administration, Google took advantage of a special Certificate of Waiver or Authorization, which allows for governmental entities to operate unmanned aerial vehicles without being utilized for any commercial purposes.

Google X’s Project Wing is an initiative that Alphabet thinks has a lot of potential, which is why the company is investing a lot into its expansion. This great expectations, led to Google signing a deal back in November to make use of NASA’s Moffett Airfield for the next 60 years. Today, the first project that will be positively affected by the deal has been revealed. NASA will collaborate with Google to help Project Wing continue growing, with the hopes that someday it will become a fully fledged service. But what wasn’t apparent at the time, was that with said deal, Google was going to be able to work together with NASA to  possibly work on a joint project, which would actually better explain why the internet giant now has less restrictions from the governmental agency.

In order to test their Wing UAVs without getting involved with the arduous process of being approved by the FAA to operate commercial drones in American airspace, Google had to allow NASA’s pilots to personally fly the drones, as the Certificate of Waiver or Authorization states that any public agency operating a drone must either own it or be its exclusive operator. With the extended testing, Google X’s Project Wing will most likely be ready as a public service in a lot less time than previously expected, but it is still quite uncertain how exactly will the drone delivery system will work.