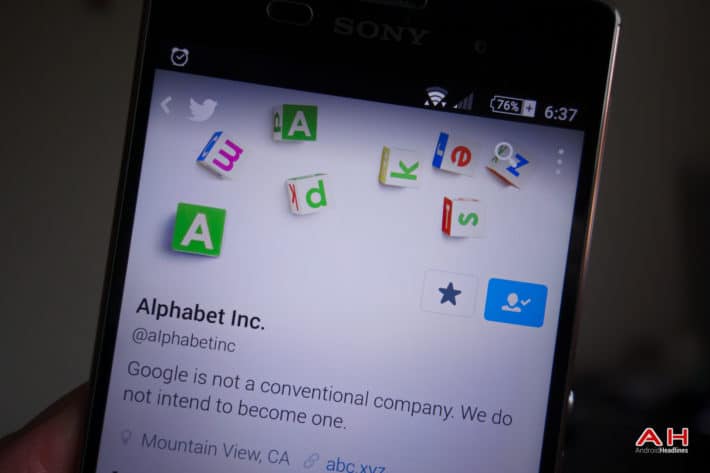 Google just underwent one of the biggest reorganizations the company has faced over its whole history, as Larry Page announced in an official blog post, that Google will now be a part of a brand new company called Alphabet. Under the command of Google’s co-founders Sergey Brin and Larry Page, Alphabet will now serve as an umbrella company, with Google and several other companies as close affiliates. This huge change will without a doubt have quite a lot of repercussions, whether positive or negative, most will come at a long term. But as of right now, there has already been one incredibly positive change. Google’s own stock has already been boosted almost 6 percent higher in extended trading. Google’s shares began to rise just a few minutes after the announcement, until reaching 5 percent, and since then the price of the company’s shares have continued to rise even more.

The main change that Google is facing, is that the company will now be “slimmed down”, stripping it from the ownership of companies such as Calico (focused on human longevity), Life Sciences (the company the behind glucose-sensing contact lens), and even from project like Wing (a drone delivery system), as it is part of the X labs, which will now be completely independent from Google. The internet giant will now only be in charge of its own services and different products, including  “Search, Ads, Maps, Apps, YouTube and Android and the related technical infrastructure”. This will allow Google to only focus on improving said services and products, without having to worry about other side projects that might actually end up failing miserably, essentially hurting Google as a whole.

Even if over the last few months, Google’s overall revenue growth had slowed down a bit, it wasn’t anywhere close to a halt in any way. But still, Google’s co-founders felt that it was time to shake things up, and it was actually a great thing to do. The controversial move, made Google’s stock increase more than 20 percent up from last month. At the moment, the total price of Google’s shares have risen as much as 7 percent since the time of the announcement a few hours ago in after-hours trading and will surely continue to increase over the next days.