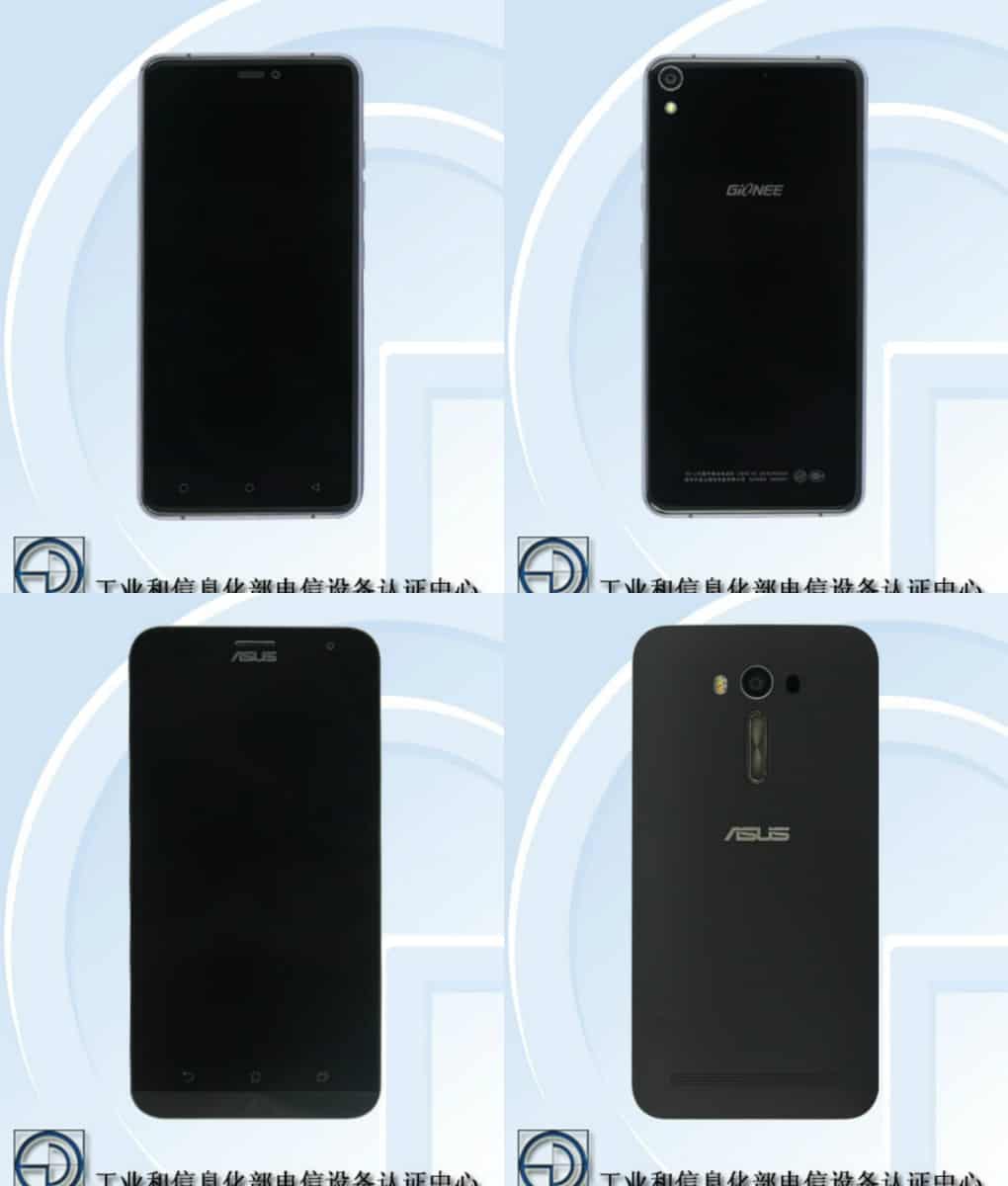 Both Gionee and Asus have released a couple of really interesting devices this year. Gionee has unveiled their Elife E8 flagship, and a mid-range Marathon M5 mid-ranger with a huge battery on the inside. Asus, on the other hand, have released their ZenFone 2 line of devices back in January, and has unveiled a couple more interesting offerings like the camera-centric Vibe Shot smartphone, for example. That being said, two more mid-range devices have been certified in China by TENAA, one from Gionee, another from Asus, read on.

The Gionee Elife S7 Mini (GN9007) was certified by TENAA quite recently. The device will be available in Black and White color options, and will most probably be powered by MediaTek's MT6753 64-bit octa-core SoC which is being used by Chinese OEMs quite frequently lately. This device will also ship with 2GB of RAM, and the 13-megapixel camera will be located on its back, while you'll be able to find the 8-megapixel snapper up front. The device will measure 144.9 x 69.8 x 6mm, and will sport three capacitive buttons (overview, home and back) below the display, as you can see in the provided images down below. It also seems like a 2.5D curved glass will be available on top of the display, and a metal frame seems to be present as well.

The Asus_Z00TDA was certified by TENAA as well. We still don't know what will this device going to be called, but it will almost certainly be a part of Asus' ZenFone line. It resembles all the ZenFone devices the company has released this year, as you can see in the images down below. The device will sport a 5.5-inch 1080p (1920 x 1080) display, 2GB of RAM and 16GB of expandable in-built storage. This thing will be powered by an octa-core SoC clocked at 1.5GHz, and a 13-megapixel snapper will be available on its back. The front-facing camera will be 5-megapixels, and Android 5.0.2 Lollipop will come pre-installed on this thing. TENAA's listing has also revealed that both Gold and Silver variants of this device will be available, and 4G LTE support will also be on board.