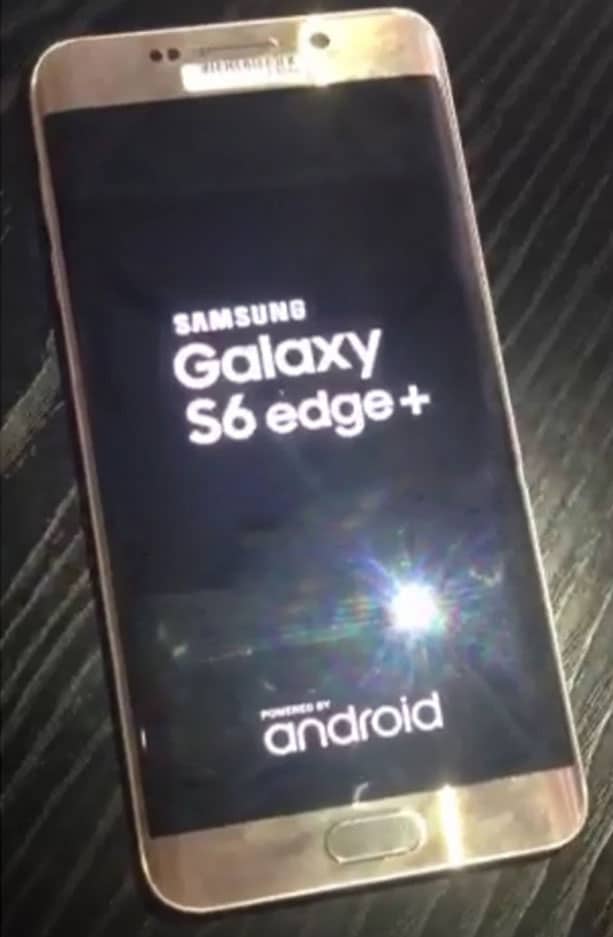 Samsung is rumored to launch two different large-screened devices at its upcoming "Unpacked" event to be held in New York City on the 13th of this month. While one of those devices is said to be the Galaxy Note 5, the other one has been rumored to be a larger version of the company's Galaxy S6 Edge smartphone. That particular device has long been rumored to be named the Galaxy S6 Edge Plus, but not everyone was convinced about the veracity of those rumors. The latest leaks on Friday however, should whet their appetite. According to reports circulating online, both the nomenclature as well as the hardware specs now seem to have been all but confirmed, thanks to two different sources – one in the Middle East; the other, in South East Asia.

Coming to the story out of South East Asia first, Samsung Philippines has reportedly been running a contest, the winners of which, will get to travel to the country's capital city of Manila to watch the local version of the Galaxy Unpacked event, live. A clause within the terms and conditions of the contest, which is available to download as a pdf file from the company's global website (check image link below), clearly mentions the name Galaxy S6 Edge Plus front and center; you couldn't miss it if you wanted to. Coming as it does directly from Samsung's global domain samsung.com, this particular leak assumes greater significance than any other leak we've seen so far, and basically seems to confirm the nomenclature once and for all, one would believe. A screenshot of the pdf file can be seen below.

Coming to the other leak mentioned earlier in the article, Saudi Arabian retailer Jarir seems to have listed the hardware specs of the aforesaid device on its website, thereby virtually confirming what we've already read from multiple leaks in the lead-up to next week's event. According to the listing, the Galaxy S6 Edge Plus will feature a 5.7-inch Super AMOLED display with a QHD resolution (2560 x 1440 pixels). That will give the smartphone a pixel density of 515 dpi. The device will be powered by Samsung's very own Exynos 7420 SoC, which is already found on the company's current flagships – the Galaxy S6 and the S6 Edge.

The S6 Edge Plus and the Note 5 have both been strongly rumored to become Samsung's first ever devices with 4GB RAM, and the Jarir listing seems to confirm that rumor, at least for the S6 Edge Plus. The smartphone will also have an option of either 32 or 64 GB of storage, according to the listing. The imaging needs will apparently be taken care of by a 16-megapixel rear camera and a 5-megapixel selfie-cam. The battery will come with a rating of 3,000 mAh and the device will run Android 5.1.1 Lollipop straight out the box. The phone will be 6.9 mm thick and will weigh in at 156 grams, and will be offered in at least two different colors – Black and Gold.