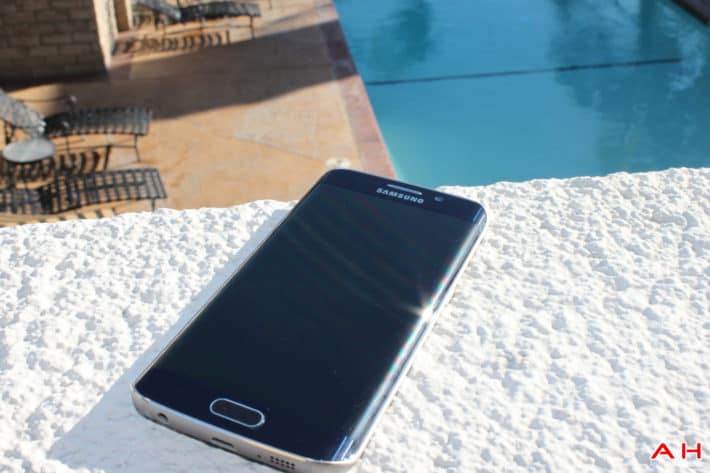 Samsung Galaxy S6 Edge is one of the two 'Galaxy S6' smartphones this Korea-based company has released thus far. Both the Galaxy S6 and S6 Edge were announced back in March during MWC in Barcelona. These two devices are Samsung's flagship smartphones for 2015, while the company has announced their flagship phablets earlier this month, the Galaxy Note 5 and S6 Edge Plus. That being said, it seems like quite a few people think that the Galaxy S6 Edge is one of the most beautifully designed smartphones this year, and EISA agrees, read on.

The European Imaging And Sound Association (EISA) has just handed the Galaxy S6 Edge the 'Advanced Smartphone 2015-2016' award. This award is more or less self-explanatory, the EISA believes that this handset is actually significantly different than the competition, and felt necessary to award Samsung for releasing the smartphone. LG G3 took this award last year, and HTC One (1st-gen) was awarded a year before it. According to the Association, the Galaxy S6 Edge is one of the best smartphones Samsung has even manufactured.

The Galaxy S6 Edge sports a curved display on both its left and right side. The device is made out metal (unibody design), and sports high-end specs as well. The phone features a 5.2-inch QHD (2560 x 1440) Super AMOLED display, 3GB of RAM and 32, 64 or 128GB of non-expandable internal storage. The device is fueled by Samsung's Exynos 7420 64-bit octa-core SoC, and a non-removable 2,600mAh battery is also a part of this package. The 16-megapixel OIS camera is available on the back of this thing, and a 5-megapixel shooter is located up front. Android 5.1 Lollipop comes pre-installed on this thing with Samsung's TouchWiz UI on top of it. The Galaxy S6 Edge measures 142.1 x 70.1 x 7mm, while it weighs 132 grams.

In addition, the Galaxy S6 Edge is currently available all over the world, and its price varies from market to market, of course. That's more or less it, it seems like quite a few people dig Galaxy S6 Edge's design, and it remains to be seen what will Samsung do in terms of the design next year.