Towards the beginning of the year, we reviewed the RHA T10, a pair of in-ear monitors that were exquisitely built from aluminum and featured interchangeable filters and some of the largest selection of ear tips available. Now, they're back with the T20 and rather than reinvent the wheel, they've basically improved upon the original formula, introducing a new flagship IEM. Just like the previous T10, the T20 from RHA feature aluminum earbuds, a thick cable and a quality fit and finish, but what about their sound? Have the T20 put the T10's bass-heavy signature under control or is it all business as usual? 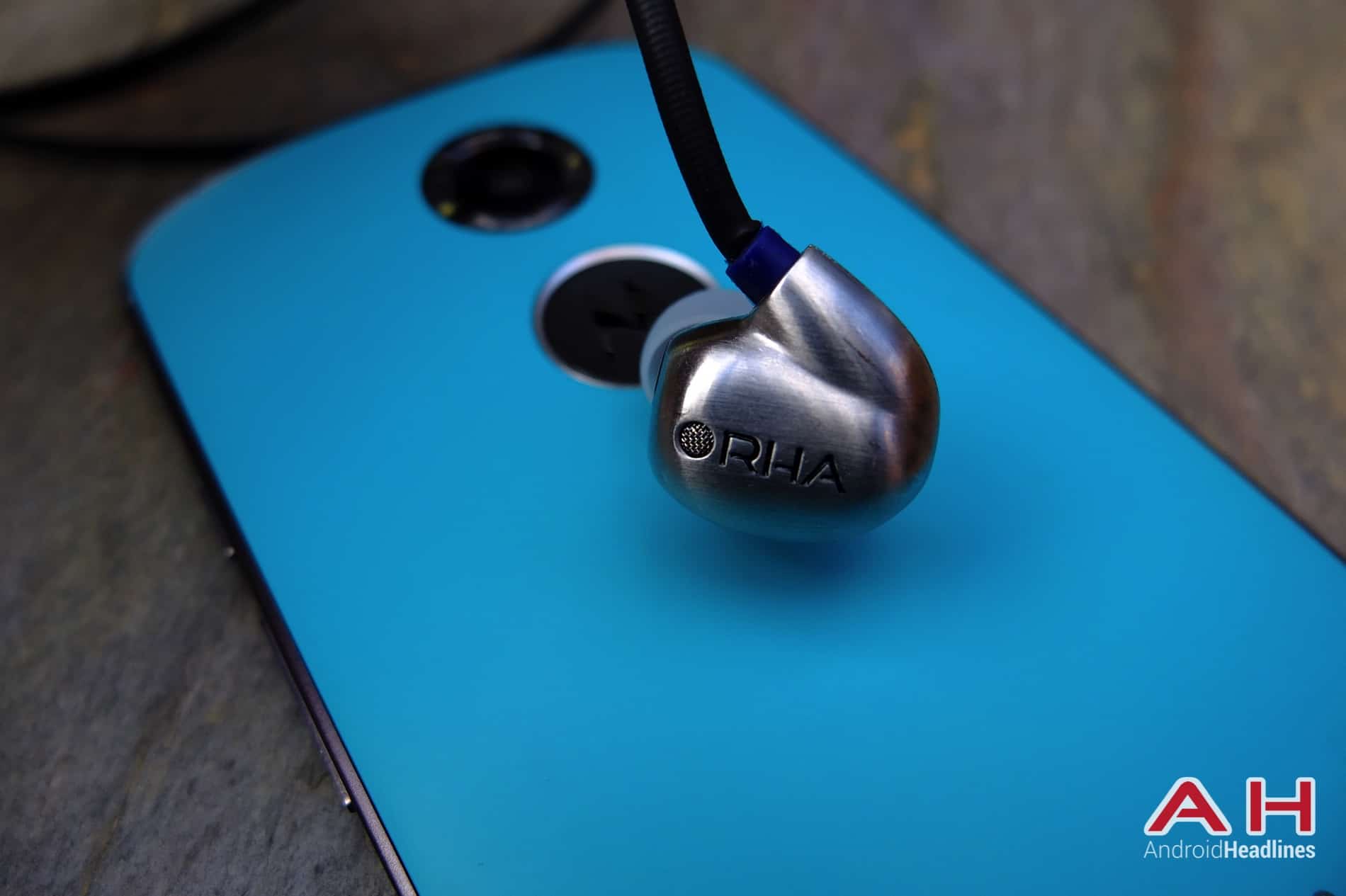 If you've ever handled or seen the RHA T10, you'll not be blown away by the changes here, if you're completely new to RHA though, you're in for a treat. The earbuds are built from injection moulded stainless steel and while they're fairly heavy compared to others (the whole package is still just 39g) they feel well-made and sturdy. They fit in your ear quite nicely and there's an adjustable, flexible ear hook mechanism built into the cable which now matches the rest of the cable. Speaking of which, the 1.35m cable is both thick and reassuring and it terminates in a sturdy 3.5mm connector that is again made from stainless steel and features a spring-loaded strain relief system. The cable is now black, rather than the grey in the T10, which helps the stainless steel to stand out and they do now stand out a little more as a result. They're not the most exciting looking pair of in-ear monitors out there, but they're a classy pair that look the part. They're not flashy, but they look pricey (which is good, because they are) and they're built to last.

Comfort wise, these are exceedingly comfy. The design of the earbuds themselves have a lot to do with this, as the ear tip can fit into your ear canal without the rest of the housing putting pressure on your ear. For me, at least, no IEM goes as far into my ear canal as the T20, and I don't feel any discomfort even after a good couple of hours constant listening. The selection of ear tips that RHA does, no doubt, add to the cost of these, but if you've had trouble with in-ear headphones like these before, you should find a good fit with the T20. Comfortable to a fault, these are some of nicest in-ear monitors available, but then at this price they should be. Noise isolation here is good, and there's very little cable noise here either. While walking and jogging, you hear very little of what's going on outside, but just enough so you don't get hit by that car.

My only complaints here are that the cable is a little long for my own use cases and the 3.5mm jack protrudes quite a way out of a device and I'd worry about bending over and applying pressure to it in my pocket. 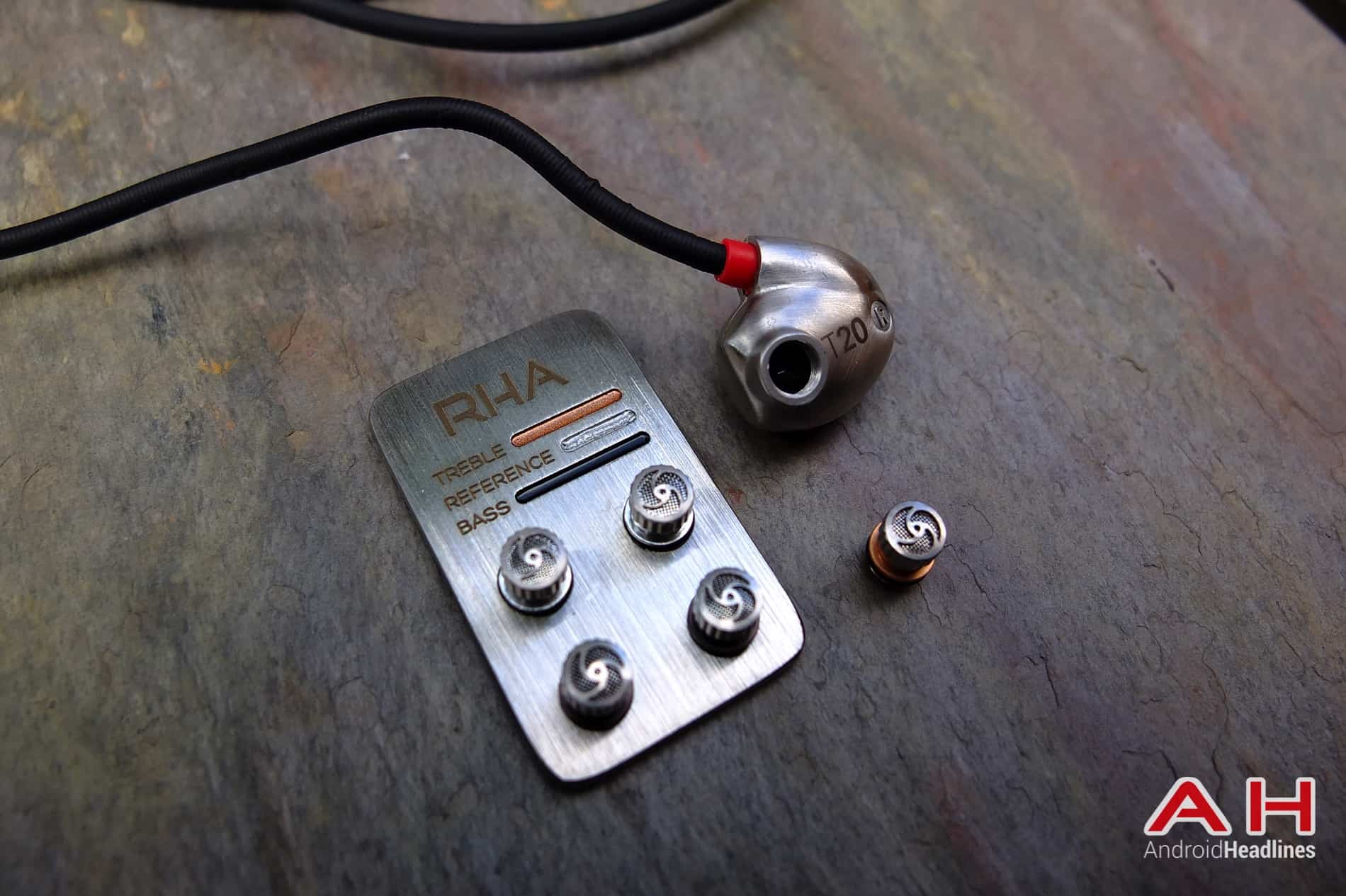 The RHA T10 was something of a maverick for including filters in such a simple and to the point package, and they genuinely worked. I noted that the Treble filter helped to keep that bass under control in the T10. Now though, with companies like Rock Jaw and Trinity offering up filters in earphones that cost a fraction of these, do they still stand out?

They're definitely very well built, and they screw in and out with good confidence, but they aren't a unique feature any longer. What is however, is the mounting plate to keep them secure when in transit and this is something I wish others would include as well. These certainly add value, but at an RRP of $239.95, you would expect perhaps more than just the three here.

Sound wise, these make a definite difference to the signature of the T20, but sadly, the bass isn't quite as tame as I would like even with the Treble filter installed. The Reference filter produces too much at the low end and lower-mids which leaves vocals and high notes slightly blunted and smoothed over. It's a good all-rounder if you like a warm, rich sound signature, but it's not as precise or detailed as I;d have expected at this price range. The Treble filter is again my favorite as it was with the T10. This time around though, it highlights more detail that the Bass and Reference filters don't and the highs are piercing and precise, without being too alarming or distracting. As an added bonus, all the bass you'd ever want is still here as well. The Bass filter is either a treat or worse nightmare depending on your outlook. It's too much for my ears, but hip-hop fans will love the scary bass that these put out. 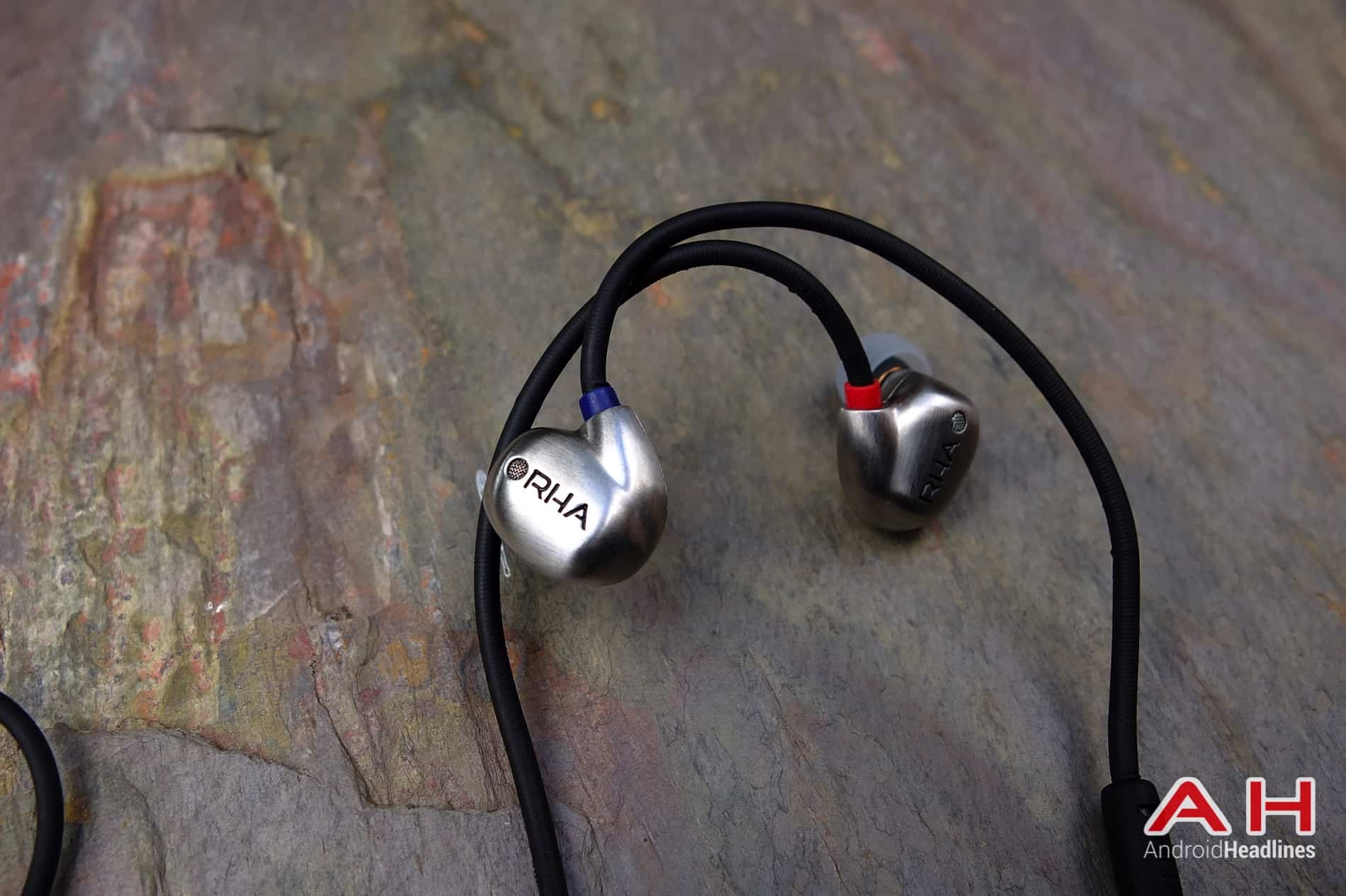 The RHA T20 are a stunning pair of in-ear headphones, especially if you're looking for an exciting and fun sound signature. There's a new, DualCoil driver here running the show, and while I'm not convinced all that much has changed, the T20 is a more restrained beast. Instead of the deep, rumbling bass that the T10 has become known for, the T20 is much more precise and detailed. Bass is still very forward however, and depending on which filter you use, you'll definitely notice a big, tight thud filling the space in between your ears. The Treble filter was my personal preference, and when using that, the T20 presented itself as a really strong set of in-ears for just about everything. I do wish the mid-range was presented better with each filter however, as sometimes the lows can wash out everything else. I'm happy to report this was only some of the time however, and while vocals suffered a little throughout, these are extremely capable in-ear monitors.

There isn't quite as much texture or as many "layers" to the sound in the T20 as there are in other in-ears, but everything is rendered with strong clarity and an open, expansive sound stage that sounds great. Separation between instruments and different vocalists is similarly impressive and overall, these are a punchy, warm set of in-ears that won't let you down. For this sort of money however, you would expect something a little more mind-blowing, but then again we can't have everything.

With an RRP of $239.95, the RHA T20 are not cheap, and they're right up there with the likes of Beats and the pricier Sennheiser and Shure in-ears. At this sort of price point, you would expect a lot for your money, and the T20 delivers on that promise, mostly. The variety of ear tips and sturdy construction make these a hard-wearing and good-looking set of earphones that won't break under the majority of life's tests, and the three-year warranty is hard to argue with. I say mostly, because for some this emphasis on the lower-end and more boomy bass won't suit. I like a good kick here and there, and the T20 is realistic in its approach, but it won't suit everyone's ears. For those that like a quality and lively reproduction of the lower spectrum, the T20 are a great pair that will keep on going for years. I'm impressed, but the bass might be too much for those looking for a more flat and neutral set of in-ears, there's no denying that these are damn good fun though.

Buy the RHA T20 from Amazon or from RHA's website.